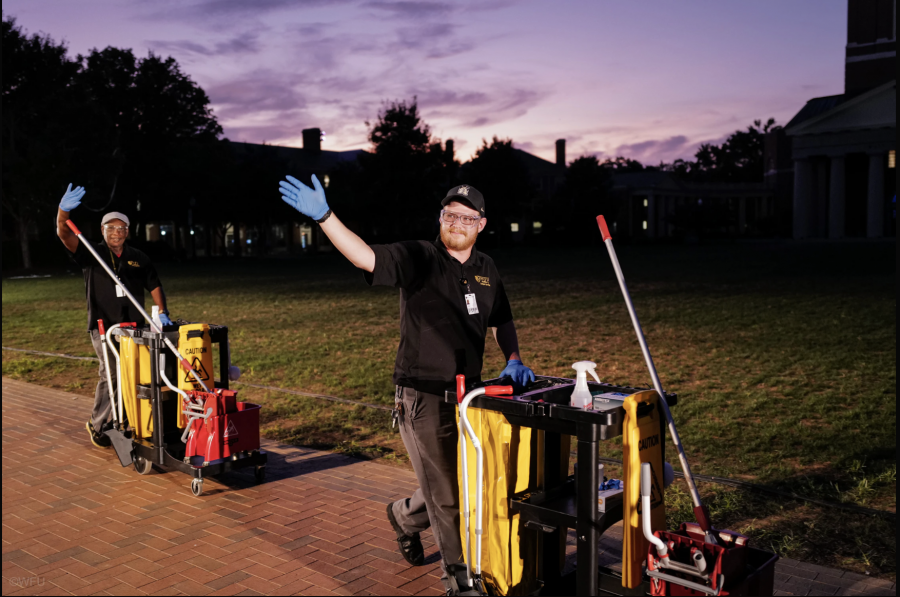 Recently, I’ve found myself taking more satisfaction from simple joys than grand excursions or events that take some amount of planning. Despite a relative lack of payoff, brief moments of enjoyment are in a way more conducive to a pure, though fleeting, sense of relief, which is to say that they are less of a way to excite oneself and more of a way to stay content (or at least sane) in the face of accumulating responsibility.

After seeing “From the Ground Up” (otherwise known colloquially, though perhaps at some discount to its complexity, as “Tractor Dance”), I can’t escape the sense that it fell into this category, but for what reason, I’m unsure. To call it a simple joy would be seemingly ignorant of the immense planning, coordination and ambition it demonstrated, and to call it anything but grand would be an understatement.

I think “From the Ground Up”’s impression on me was unlike any other theatrical performance I’ve seen because, well, it was so different than any other theatrical performance I’ve seen. It is in some fundamental aspects similar to a play, but I only call it that as an approximation. Its unique format sets it apart in my mind, but even more so its wholesome and touching intimacy. The passion of the performers, the artistry manifested from what are otherwise technical tasks and the sense of pride the individuals in the facilities staff have in that work, even when it isn’t lit up and dramatized on the Quad, is both heartwarming and inspiring as it is somewhat saddening.

The show visually engaged the audience with both up-close and personal demonstrations of the duties of facilities staff, such as the work of housekeeping, carpenters and floor crew (those tasked with specialized tasks in cleaning and sanitation), and grand shows of force, if you will, of the tools used for larger scale tasks, such as landscaping’s synchronized joyride of their (surprisingly fast) mowers and the use of heavy-duty vehicles, of which I’m not even sure what the proper names or uses are. But, what I found to be most affecting was the commentary provided by those performing. Hearing their feelings on their job, not only of the good but their qualms as well, felt genuinely compassionate. At two points in the show, when we heard about the disheartening implications of rolling the Quad to those who must clean it up the following week and those who must sort contaminated recycling bags, things felt more poignant than jovial. I felt that the commentary and the moments of honesty they fostered made the show feel like a truthful and engaging representation of facilities staff’s experience and not simply a parade of music and movement. In the humble opinion of someone who can’t imagine writing and organizing a show like this, I think it’s commendable for this to have balanced on a line so precarious as that between sincerity and spectacle.

As I waited for the show to start, sat in the bleachers beset by families, students and staff (and, more specifically, the father of some other student whom I didn’t know but nonetheless earnestly shared their opinion and awaited mine), I wondered if “From the Ground Up” would become a recurring event, another annual event on the Wake Forest calendar. But now, I’m unsure if that would be a good idea or not. On one hand, I would think it might rob the show of its sincerity, as its repetition would make it but another duty for the performers rather than an expression of feeling. But, on the other hand, I feel a disappointment for those who didn’t get to see the show; this is not to say that I am disappointed in them for not going, but rather that I’m sad that they didn’t get to experience it. This grief, though, that this show has come and gone and will possibly not be seen again, seems to be in a similar spirit to the show itself. Within that which surrounds every day, that which makes up the aggregate of our experience and often goes unnoticed, are opportunities for valuable experience. And, if you don’t take the time to seek the simple joy in appreciating that which seems common in your experience, the opportunity may pass you by, as will the chance to see that what you reveal is less simple than you thought.