Basketball Primed For A Promising Season 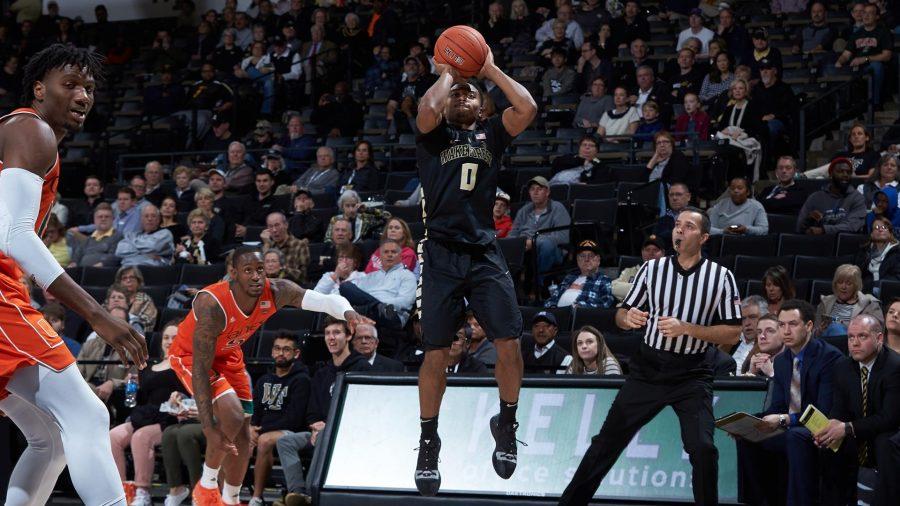 College basketball season is just around the corner, with play beginning the first week of November. So, what can we expect from the Deacs this year?

Analysts still predict that the Deacs will finish in the basement of the conference again, but with seven of the top eight scorers returning and a few new faces, a return to the NCAA tournament this season is an attainable goal.

Last season’s 11-20 record, with a 4-14 mark in the ACC, was a carbon copy of the team’s record the season before. Expectations weren’t high for a young team, but with 5-star freshman Jaylen Hoard arriving, Wake Forest’s most highly touted recruit to join the team in almost a decade, there was definitely some hype. However, it became evident early on that the season wouldn’t be filled with much success.

Shooting was one of the biggest issues for the squad. Wake Forest finished 343rd in the nation in field goal percentage and 329th in 3 point percentage.

Head Coach Danny Manning’s seat was scorching hot after last season’s struggles, but was retained for the 2019-20 season. In his five years at the helm in Winston-Salem, he has only turned in one winning season, when the John Collins-led team made the NCAA tournament in 2016-17. Last season was a rebuilding one, however, and other than Hoard’s departure to the NBA, the core of this team is back and ready to go.

Key rotation players are back too: sophomore forward Isaiah Mucius (6.5 PTS, 3.7 REB), and graduate guard Torry Johnson (5.9 PTS, 1.8 REB). Other than Hoard, only backup center Ikenna Smart and walk-on Anthony Bilas are gone, who both graduated in the spring.

Wake Forest also welcomes five incoming freshmen, two of whom who are expected to see meaningful playing time this year. 6’3″ guard Jacobi Neath, from Toronto, is ranked the No. 33 PG in the class of 2019 on 247Sports.com. 6’8″ forward Ismael Massoud, from East Harlem, N.Y., is ranked the  No. 36 SF, according to the same site.

The most impactful addition, however, is someone who has been here for a year already. Redshirt senior Andrien White Jr., who transferred from UNC Charlotte, sat out last season and has one year of eligibility. The 6’3″ guard averaged 15 points and 4.8 rebounds in 2017-18 for his old school.

Wake Forest’s schedule opens with a conference game at Boston College on Nov. 6, the only ACC game they have in the month. The non-conference schedule is highlighted by home games versus Xavier and Davidson, as well as a visit to Penn State. The team will also be heading to California to play in the Wooden Legacy Tournament at the end of November. The eight-team bracket features Arizona, Providence and UCF. The loaded ACC schedule is highlighted by home games against Duke, North Carolina and defending National Champion Virginia.

Anything short of an improvement from last season would be a disappointment for Manning and this squad. An 18-win season would probably be enough to make it back to the big dance for the first time since the 2016-17 season, which is absolutely an attainable goal.