“Dead To Me” Is Both Comical, Emotional 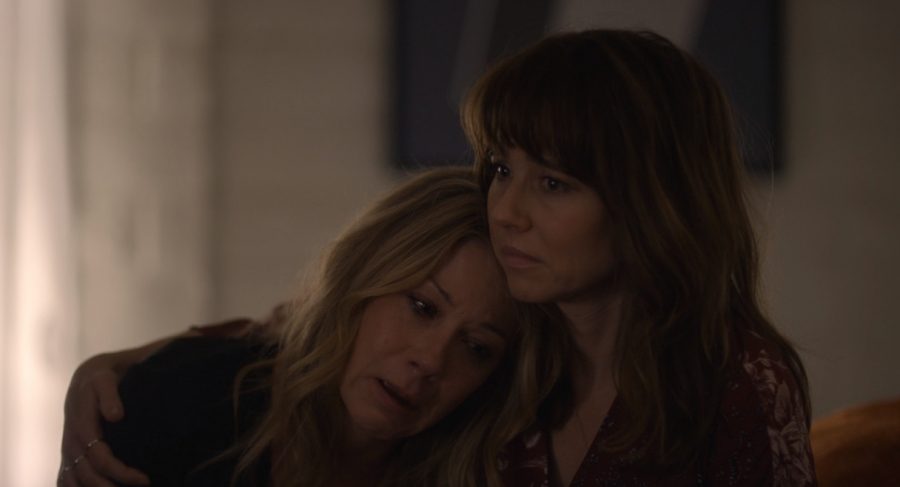 The show is a comedic drama that shows the life of two women who are currently struggling with the loss of a loved one. Both Jen and Judy form a unique relationship between each other as a form of support and friendship in order to overcome their loss. However, there are many twists and turns that come out from the show that leaves the audience on the edge of their seats waiting to see what happens next. I personally would rate this show with an 8.8 out of 10 for the themes, character development and use of flashbacks that were incorporated within the show.

Dead to Me is both incredibly comical and yet emotional, which provokes a great amount of feelings. At times you can find yourself laughing to the point of exhaustion or positively affected by the compassion and love that comes from their friendship. The unity between Jen and Judy is both inspiring and leads one to emulate the bond they have between each other of both support and genuine love.

Ted is the deceased husband of Jen. The show incorporates several elements that allows for the audience’s opinion of Ted to change frequently. You are able to see the true person Ted was even though he was not in the show at all, rather, just a person the cast constantly brought up.

The third element that I thought was very creative was the way that the creators of the show used flashbacks in order to not only help show what has occurred in the past, but also to explain crucial details that were not previously explained or shown on screen.

The creators decided to not show everything that occurred in the flashback, leaving the audience to guess on what they just saw or assume something that may have not happened. Their use of flashbacks elevates the show from an average comedic drama to a masterpiece that incorporates several themes to help progress the show in an artistic masterpiece.

Dead to Me is both fun and interesting to watch. You will definitely never be bored while watching the show. In fact, you will see the passion of the characters and the creativity from the creators of the show.