Preview Of The Bottom Half Of The ACC 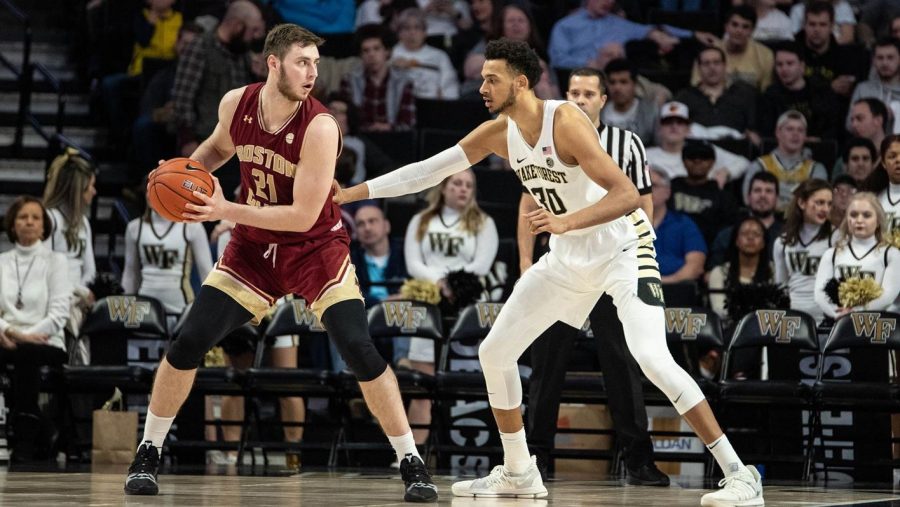 Boston College (14-17, 5-13 in 2018-2019) will be without three of their top four scorers from last season, as star Ky Bowman made the jump to the NBA, Jordan Chapman graduated and sophomore Wynston Tabbs is out for the season with a knee injury. Typically at the basement of the conference, things might look even more bleak than usual for BC. The Eagles do have some talent, however, and will be led by senior center Nik Popovic (14.5 PPG, 7.2 REB) and USC transfer, guard Derryck Thornton (7.7 PPG, 4.3 AST), a 5-star recruit coming out of high school.

Virginia Tech (26-9, 12-6) almost snuck by Duke in the Sweet Sixteen last season, but things now look much different. Head Coach Buzz Williams bolted for Texas A&M, and Mike Young came from Wofford to replace him. Nickeil Alexander-Walker was drafted, Justin Robinson graduated and Kerry Blackshear transferred to Florida, leaving the Hokies without much experience. The Hokies seem destined for a losing record for the first time since 2014-2015, but they do have some young talent in the backcourt, including redshirt freshman Landers Nolley and touted recruit Jalen Cone (#80 in ESPN Top 100).

Clemson (20-14, 9-9) fell on the wrong side of the bubble in March, as they did not have enough marquee wins to impress the committee. Now, after the graduation of four crucial seniors (Marcquise Reed, Elijah Thomas, Shelton Mitchell and David Skara), signs are pointing towards a down year for the Tigers. Alabama graduate transfer guard Tevin Mack (9.0 PPG), and their one returning starter, junior forward Aamir Simms (8.1 PPG), will be firey. A solid class of three top-150 recruits look to make immediate impact.

Georgia Tech (14-18, 6-12) brings back their top three scorers from last season, including the backcourt of junior Jose Alvarado (12.5 PPG) and sophomore Michael DeVoe (9.7 PPG). The Yellow Jackets are a stout defensive unit, anchored by senior forward James Banks III (10.5 PPG, 7.7 REB, 2.5 BLK). This team is definitely capable of being competitive in the ACC, but they were banned from postseason play by the NCAA because of recruitment violations.

Pitt (14-19, 3-15) should take a step forward this season. Second leading scorer Jared Wilson-Frame graduated, but the Panthers return a talented trio of sophomore guards. Xavier Johnson (15.5 PPG, 4.5 AST) will challenge for All-ACC honors, while Trey McGowens (11.6 PPG, 1.9 STL) and Au’Diese Toney (7.5 PPG, 5.6 REB) will be key contributors as they aim to score more efficiently. This team is still very young, and is probably one more year away from becoming a middle- of-the-pack ACC team.

Syracuse (20-14, 10-8) got bounced in the first round by Baylor in March after back-to-back trips to the Sweet Sixteen. Tyus Battle and Oshae Brissett bolted for the draft, and Frank Howard graduated, leaving the Orange without three of their top four scorers. Forward Elijah Hughes (13.7 PPG) is back, along with the coach’s son, guard Buddy Boeheim (6.8 PPG). Syracuse will need a lot from their five-man incoming freshman class, headlined by guard Brycen Goodine and forward Quincy Guerrier. The Orange should find themselves on the bubble again this season, but this time, likely on the other side of it.

Miami (14-18, 5-13) had a down year last season after three straight trips to the NCAAs. The Hurricanes graduated three double-digit scorers in Anthony Lawrence, Zach Zohnson and Ebuka Izundu, but retain two. Sharpshooting Dejan Vasiljevic (11.8 PPG) and the explosive 5’7” Chris Lykes (16.2 PPG) are back, and are being joined by Oklahoma transfer Kameron Magusty (8.0 PPG in 2017-18) and two top-100 recruits, guards Harlond Beverly and Isaiah Wong. The Hurricanes will likely find themselves on the tournament bubble.