Album Does Not Meet Expectations 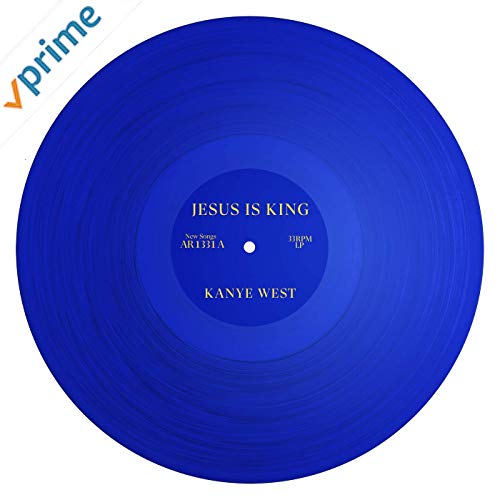 Rap legend Kanye West released his much-anticipated album Jesus is King last week. After weeks of delays and tweets that created so much hype, the album hardly lives up to expectations. Kanye has found religion, as the album’s title so clearly shows, but it’s the kind of transformation that has no substance.

Many of the songs make very surface-level connections to Christianity. Kanye compares himself to biblical figures at times throughout his songs. It’s hard to ignore that 2018 was one of Kanye’s greater years in regard to the high quality projects he collaborated or worked on. It was also the year that the fantastic projects DAYTONA and Kids See Ghosts came out. Kanye churned out hit after hit last year, so it’s surprising to see the poor quality of Jesus is King in comparison.

Though this word often gets overused, the best way to describe Kanye’s new style of “gospel” and not cursing in his music, feels very cringy. It feels very reactionary to the backlash that he got when he supported President Donald Trump and made some ignorant comments about slavery. Jesus is King seems to serve as a culmination of the media frenzy and attention that his comments got. Interestingly enough, Kanye complains about the reaction that his comments got. But it was his choice to make those comments publicly in the first place, so his complaints do not seem valid.

Kanye wants to intertwine gospel into his music in a new way. It’s not unfamiliar territory to have gospel elements in his music, but in the past they felt natural. On Jesus is King, Kanye is now singing extensively and his voice sounds strained to the max. It’s not just the vocals that are lacking, but Kanye’s usually clever wordplay and flow has been simplified to an unbelievable extent. On the track “Closed on Sunday,” Kanye seemingly becomes an ad for Chick-fil-A when he repeats the phrase: “you’re my Chick-fil-A.” It feels like Kanye made a list of things closed on Sunday and chose a word or phrase that rhymed with the rest of the bar. Seeing such a great artist unironically saying someone is their Chick-fil-A feels like the punchline to a cruel joke.

It’s frustrating to think that perhaps this is the new direction that Kanye is going to take his career. If this is where he wants to go, then unfortunately it seems like Kanye will be ending his career early, as he won’t be reaching the same bar of quality as some of his 2018 projects. There is no time soon when singing “you’re my Chick-fil-A” will be anything but a corny and embarrassing line. There is no real redeemable quality to this album, and its existence will be an unfortunate blemish on the career of someone so integral to rap. The best way to listen to Jesus is King is to pretend it didn’t exist and hope that Kanye chooses to go back to his old style. If you’re interested in making yourself feel sad and embarrassed at the same time, check out Jesus is King. Otherwise, don’t. The album is an easy 4/10, and that hurts to say.