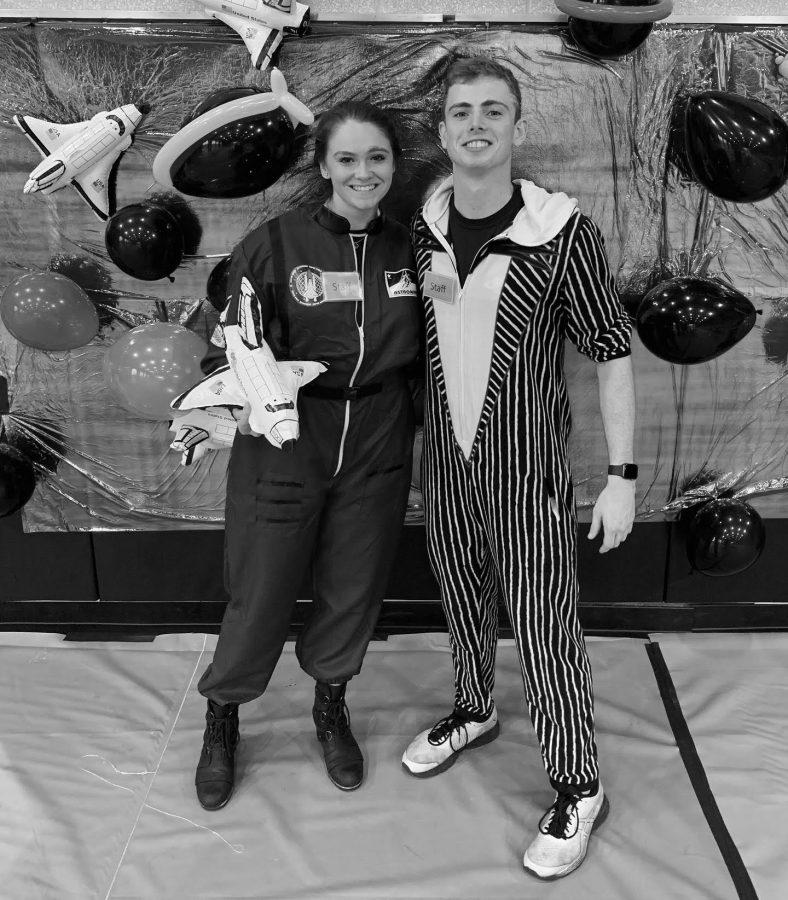 Seniors Kathleen Bashur and John Crumpler are the 2019 Head Pumpkins for Project Pumpkin, which is an annual philanthropy event that brings together the Winston-Salem and Wake Forest communities for a fun Halloween celebration.

Why did you decide to become involved with Project Pumpkin?

John Crumpler: I personally love Project Pumpkin, because it’s our only philanthropy event that’s really focused on reaching out to the Winston-Salem community. I think it’s a day that we open up the gates and really do something with Winston-Salem as a whole. I think, at Wake Forest, we’re not always good at that, so I think it’s really special to partner with these local elementary schools and just to put on a really fun event where we get to be with them and they get to be with us.

Kathleen Bashur: I think, for me, before I applied or while I was looking at Wake Forest, I remember seeing something about Project Pumpkin and seeing pictures on Facebook and thinking it was really fun, because I loved Halloween when I was growing up and I love working with kids. I also remember reaching out to Mike Ford, who used to be the head of Project Pumpkin, as a freshman to say, “Gee, I would really love to be a part of this in some capacity,” and he gave me a volunteer opportunity. But, yeah, I think seeing the event, being a part of it and seeing the social media coverage is cool. I love the fact that we brought the kids to campus and the university got so involved with it, including faculty, staff and students.

What has been involved in preparing for Project Pumpkin this year?

KB: We all started over the summer, actually. I guess the first part was brainstorming t-shirts. Well, before that, we had you guys pick a theme, and then we did t-shirts. Also, last year, I wanted to make more of a point of doing educational outreach events. The year before, my sophomore year, we had three. Last year, we had seven. This year, we had 10 or 11. Essentially, that’s my favorite part of the event — the lead-up to it — because we take Wake Forest student volunteers to the schools ahead of time and make themed crafts with them. This year it was space crafts and we got the kids really excited to come. Or, it’s a great way to bring the event to the kids if they can’t come, whether they have a disability, or if they’re too far away. That’s been great, and there’s been a lot of planning going into that. Also, we’ve been recruiting different schools and after-school programs to come.

JC: [Kathleen has] been phenomenal — she does a lot of the agencies and educational outreach. I’ve been working with fundraising, transportation and logistics and Quad operations. So, making the t-shirts over the summer, we probably went over 15 or 20 proofs before we ended up on the t-shirt design that we’ve ended up selling. For transportation and logistics this year, a big challenge we’ve had to tackle is getting the Sutton Center ready to have the big event in case of rain. So, that’s been a lot too, and partnering with the University Police and facilities is also a huge part of Project Pumpkin. I don’t think people realize how much facilities is a part of Project Pumpkin, because a lot of the stuff they do for us, like the work orders, they do pro bono. They just donate it to the event, and we couldn’t do it otherwise, which is amazing. For instance, just to go from the Quad to [the Sutton Center], we had to make sure the sprinklers were off, we needed golf carts and we needed the mats to put down.

Is there anything else new to Project Pumpkin this year that you’ve worked on?

JC: This year, we’ve been looking for a way to make Project Pumpkin more education-oriented, so Kathleen’s been doing a lot of that by having more plunges and more educational outreach sessions.

On my side of things, we partnered with the Freedom School, which is a national program, but there’s a campus at Wake Forest. It’s a summer school program with a reading-based curriculum, and we’ve partnered to raise money with them, so that’s been something that’s really cool that’s new. I went with them this summer while I was at summer school to go watch what they do there, and I was just really impressed. They’re a phenomenal partner as we try to shift the identity of Project Pumpkin to more educational-based. Just to raise money for them is a privilege.

Now that you’ve put all of this work into it, what are you most looking forward to during the event?

JC: I’ve spent the last two years in Lot P, which is where we do drop-off, so I have not seen Project Pumpkin since my freshman year. Even if I just get 10 to 15 minutes, I am so excited to walk around the booths and get to see everyone. I don’t know what the tables are and what organizations do that I’m so proud to talk about, so I’m excited to see the carnival games and see what Wake Forest students are doing to interact with the Winston-Salem community. I’ve harped so much on how we get to do things with the community, so I’m excited to see what the day looks like and to see these kids instead of just coming off the bus collectively in their costumes. I’m excited to just be in it.

KB: Yeah, I think the same thing as John. I think everybody says that once you’re Head Pumpkin that you get to see all of the action. I know for a fact that at these educational outreach events, most of the kids have gone before, and they say how much fun they have and how much they absolutely love it. I’m excited to see how much fun they have during the event. Also, but because you get to know the kids one-on-one, they will be like “OMG, Miss Kat, hi, do you remember us?” I love that one-on-one reaction, I love that they remember us and getting to watch them have a blast for three hours or however long they are there is going to be really cool.