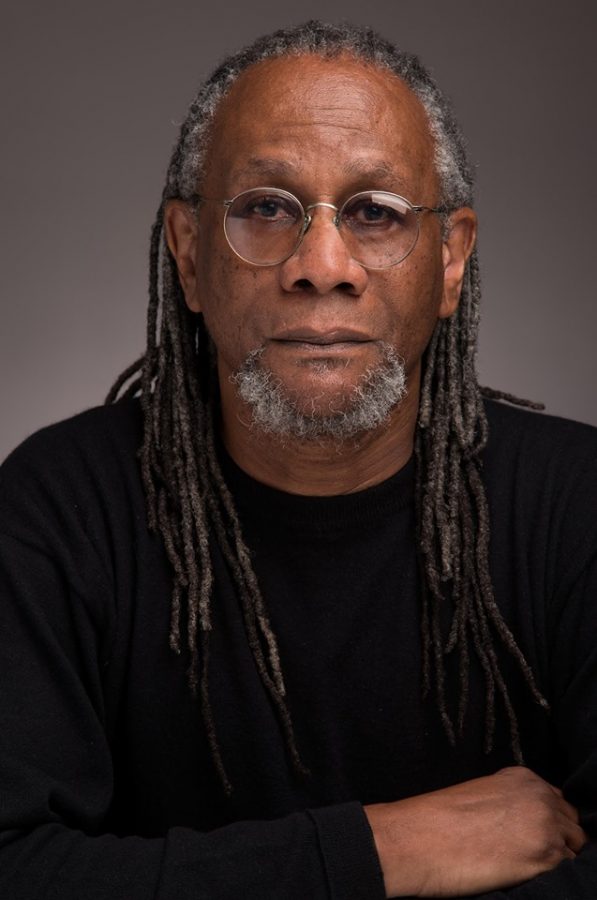 Entering Brendle Recital Hall to applause, author and poet Nathaniel Mackey strode onto the stage to accompany the already seated Our True Day Begun Soon Come Qu’ahttet. In a hushed silence, he bade the audience to listen as, in a measured and calm cadence, he began reciting his poetry to a growing ensemble of diverse and masterfully played instruments.

As the author of serialized poetry collections such as Splay Anthem and Eroding Witness, Mackey has developed what Associate Professor of English and Poet-in-Residence Amy Catanzano described in her introduction as an American epic poem. Catanzano curated the performance on behalf of the Wake Forest Creative Writing program, and said that Mackey draws from West African cultural systems and African-American radical music in his poetry, prose fiction and criticism. His and the quartet’s visit was made possible by the A.E. Finley Foundation, which has named him the Edwin G. Wilson Distinguished Artist.

The audience became lulled into a hypnotic state by Mackey’s words and the harmonizing instruments. With both Mackey’s voice and the musicians’ instruments taking equal auditory space in the hall, the important and cooperative relationship between the two was obvious. During dips in the music, Mackey exploded in verse and rhyme, calming to almost a whisper as Lentz’s oud and Parreott’s cornet pierced the silence. With each beat that passed in Mackey’s rhythm, Cherry and Blocker accentuated him, at times playing on after Mackey finished his verse, expanding upon his poetic themes through musical strains.

After an extensive performance, in which Mackey recited a selection of six correlating poems from his upcoming collection, he simply sat down and absorbed the ambiance as the musicians continued playing. In an odd turn for a poetry reading, music became much more prominent, and as they finally finished, Mackey made sure that the event was not just about him, but also about his colleagues in the Our True Day Begun Soon Come Qu’ahttet behind him.