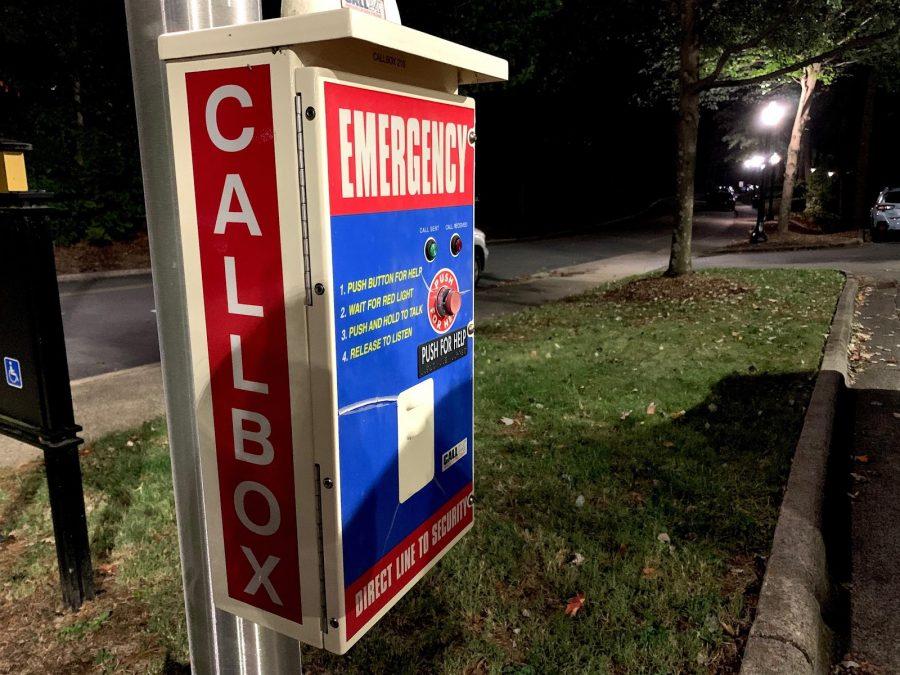 Breaking news flickers on your phone screen once again. It’s another mass shooting with an assault rifle. One, two, three, now four are dead. Even though these shootings have become a norm for many people, students at Wake Forest still feel the trauma of the countless innocent lives lost in these shootings.

“More deaths caused by guns and fueled by fear,” said senior Madeleine Ash. “Dayton and El Paso, especially because I’m a Texan raised by Ohioans, felt like a punch in the gut.”

According to the Gun Violence Archive, an independent research and data collection organization, there have been 337 mass shootings in 2019 as of Oct. 15. Five years ago that number was about 270. Of those 337 mass shootings this year, 21 of them have been deadly. Shootings in El Paso, Virginia Beach and Dayton resulted in the deaths of more than ten people apiece.

Although Winston-Salem hasn’t experienced a mass shooting, the Wake Forest Department of Sociology has received several malicious e-mails that sparked fear in students. Wake Forest’s quiet and calm community was rattled with panic of a potential shooter planning an attack despite the fact that the e-mails did not contain actionable threats, according to university officials.

“After the emails targeting my professors in the sociology department, I was scared to be in the building that’s been my second home,” Ash said.

Although University Police could not provide details in the university’s strategies implemented in response to the malicious e-mails, President Nathan Hatch assured the community that both federal law enforcement and a third-party threat assessment firm aided in the investigation of the e-mails to ensure campus safety.

Major Derri Stormer of Wake Forest University Police shared her thoughts on the recent spike in violence and the actions campus police have taken to ensure the safety of students.

University Police uses a cutting edge virtual training system known as the T.I. system to prepare for active shooter situations. The virtual reality system is built to create a realistic scenario that can result in multiple outcomes depending on the actions of the officer.

“You go through an entire scenario,” Stormer said. “It helps with de-escalation training as well as getting prepared if we need to draw a weapon.”

Despite the increase in fear spiked by the recent mass shootings in the United States and malicious e-mails on campus, these incidents have also sparked student conversation on both gun control and nationalism.

“There should be more background checks, education programs and restrictions on the types of guns allowed,” Antezana said.

Antezana, a student who identifies as Latina, felt especially disheartened by the El Paso shooting, as the shooter had targeted Hispanic and Latino individuals.

“I felt really bad that people were targeting immigrants and upset that the president sort of instigated it,” Antezana said.

Ash, a supporter of increased gun control, believes that ownership of military guns should be illegal.

“Oh good god, we need more gun control,” Ash said. “No private citizens should have access to weapons meant for the military. That’s not the point of the Second Amendment.”

From the perspective of Stormer, the panic that stemmed from the recent surge in shootings has resided. Students are accepting the reality of a changing time where shootings are now common.

“People are getting so conditioned to seeing shootings in the news that it’s almost lost its shock value,” Stormer said. “Students may be concerned about it, but it’s almost like people are almost on ‘where is the next one,’ as opposed to ‘I hope this never happens again.’”

This year, the number of mass shootings is higher than the number of days that have passed since the year began. Shootings have become a common occurrence in the United States, placing citizens from across the country in a state of unease. Stormer sat nervously at her desk as she stared at her computer screen.

“People need to recognize that watching these traumas is just as traumatic,” she said.