Preview Of The Top Half Of The ACC 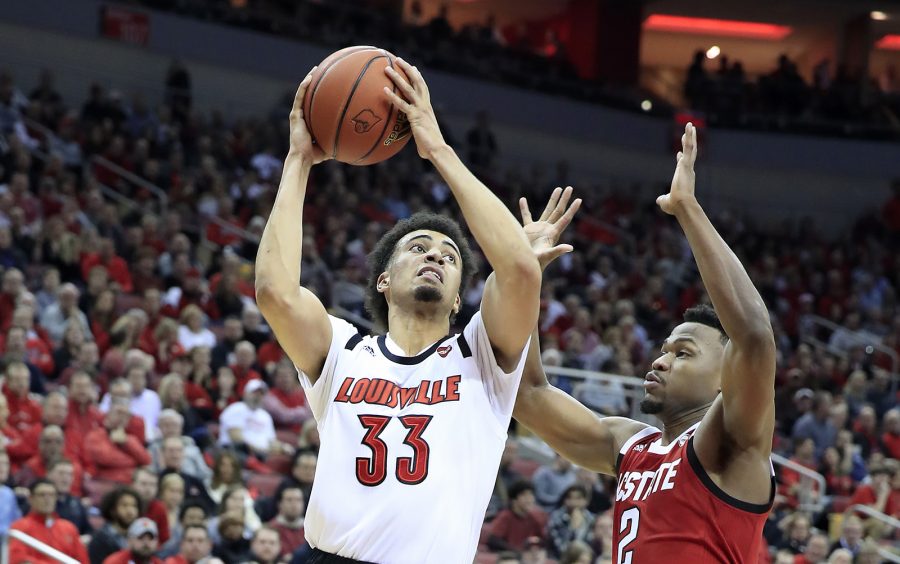 Jordan Nwora #33 of the Louisville

Last week, we took a look at the bottom half of the ACC in my preseason rankings, which included the Demon Deacons. Let’s take a look at the cream of the crop of the league:

Florida State (29-8, 13-5 in 2018-19) was good enough to make the Sweet Sixteen last season, but fell to Gonzaga in a lopsided 72-58 game. The Seminoles, famous for their depth, take some big hits on the front court with the losses of Terrance Mann and Mfiondu Kabengele. FSU does, however, retain the starting back court of senior Trent Forest (9.3 PPG, 3.7 AST, 1.9 STL) and junior M.J. Walker (7.5 PPG). A collection of new faces, including four transfers and two top 65 recruits, should be enough to restore the depth and keep the Seminoles in the top half of the ACC.

Notre Dame (14-19, 3-15) came in last place last year, so why are they ranked in 6th place? Ten of the 11 players from last season’s rotation return, featuring senior forward John Mooney (14.1 PPG, 11.1 REB), a double-double machine who could compete for First Team All-Conference honors. Versatile senior forward Rex Pflueger (8.1 PPG 4.3 AST) got injured at the beginning of last season, but is back and ready to go. The continuity and experience of Mike Brey’s squad should push them toward the upper echelon of the conference and toward a return to the NCAA Tounament.

NC State (24-12, 9-9) fell on the wrong side of the bubble along with Clemson last season. However, things are looking brighter this year. The Wolfpack lost leading scorer Torrin Dorn, but return a trio of experienced guards in senior Markell Johnson (12.6 PPG, 4.2 AST), senior CJ Bryce (11.6 PPG) and junior Braxton Beverly (9.4 PPG). The Wolfpack also bring in Lehigh transfer, forward Pat Andree (12.9 PPG, 6.2 REB). This talented and experienced team has what it takes to win games in March.

North Carolina (29-7, 16-2) got bounced by Auburn in the Sweet Sixteen, and Coby White, Cameron Johnson and Luke Maye are all gone. The Tar Heels will now be led by projected top 5 NBA draft pick, guard Cole Anthony. Chapel Hill also welcomes another top recruit in big man Armando Bacot. Other newcomers include talented grad transfers Christian Keeling (18.7 PPG at Charleston Southern) and Justin Pierce (14.9 PPG at William & Mary). This team isn’t as good as they were last year, but Roy Williams will find a way to keep his team near the top of the conference.

Virginia (35-3, 16-2) redeemed themselves to the ultimate extent by being crowned national champions last season. Tony Bennett lost the core of last year’s team, in Kyle Guy, Ty Jerome and DeAndre Hunter, but key rotation players are returning and expected to expand into larger roles. Two of which are senior forwards Mamadi Diakite (7.4 PPG, 1.7 BLK) and Braxton Key (5.7 PPG, 5.5 REB). The Hoos also bring in two top-65 recruits, as well as junior college All-American Tomas Woldetensae. Virginia will likely continue their stretch of defensive excellence, but offensive limitations may limit this team’s chances of advancing deep in the tournament.

Duke (32-6, 14-4), with all the talent on last year’s squad, failed to reach the Final Four for the fourth straight year. Coach Krzyzewski lost Zion Williamson and RJ Barrett, but brought in another stacked freshman class. The Blue Devils welcomed four top-35 recruits, big men Vernon Carey and Matthew Hurt, wing Wendell Moore and guard Cassius Stanley. Sophomore guard Tre Jones (9.4 PPG, 5.3 AST, 1.9 STL) will be one of the best players in the conference, and a collection of returning glue guys will give this team more depth and experience than in 2019.

Louisville (20-14, 10-8) is locked and loaded for this season. A disappointing opening round loss doesn’t speak to how talented this returning group is. Junior forward Jordan Nwora (17.0 PPG, 7.6 REB) is a preseason All-American and is accompanied by a deep and balanced supporting cast. Senior forward Dwayne Sutton (10.0 PPG, 6.9 REB) and junior forward Malik Williams (7.7 PPG, 6.1 REB) are just two of arguably the most talented and deep returning frontcourt core of any team in the nation. Not to mention, they also snagged transfer guard Lamar Kimble (15.6 PPG) from Saint Joseph’s. Louisville will without a doubt compete for the ACC and NCAA titles.