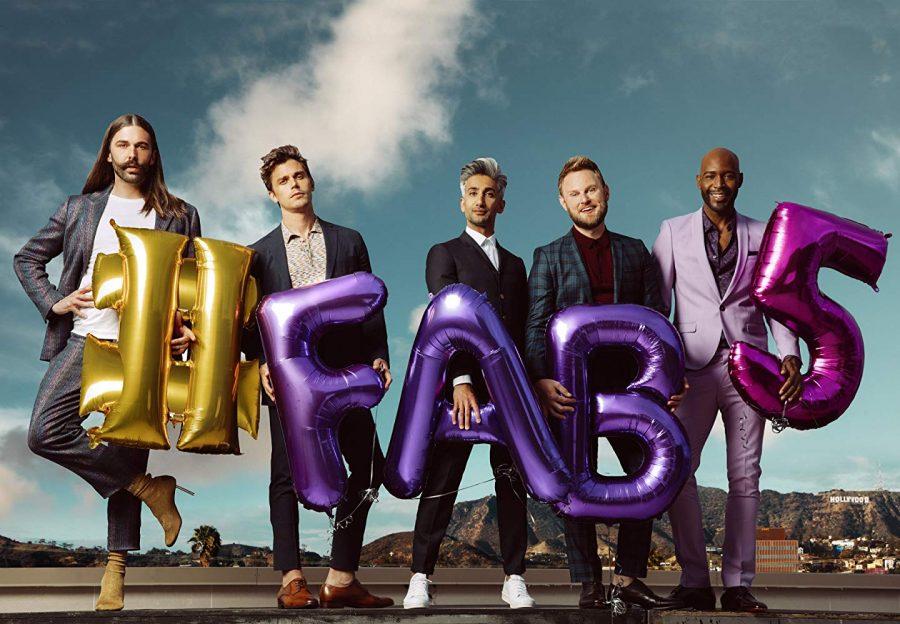 Premiering on July 19, season four of Queer Eye was one of the most emotional and heartfelt yet. The episodes featured many different cultural components that are important to the identities of the people given the make overs, or the “heroes,” as the Fab Five refers to them. The transition from only giving men makeovers in season one has continually shifted to a diverse group of individuals of all genders, races and ethnicities. The Fab Five continually tackles difficult social issues that are prevalent in today’s society through their own experiences and the real-life stories of the people they encounter.

This season dived into the personal lives of the Fab Five in more detail than before. In the first episode, the team went to Jonathan Van Ness’ hometown of Quincy, Ill., to makeover his high school music teacher. Van Ness opens up about his struggles during high school, resulting in a bittersweet homecoming. However, he emphasizes the the impact that teachers can have on their students through his continued appreciation for his high school music teacher. One important note that The Atlantic brought up was how the Fab Five started their respective careers through different backgrounds, but Queer Eye has launched them into fame. Now, they are more considered celebrities, and the show puts an effort to not overshadow the real-life people they are assisting.

In addition, the show allows individuals to express their identities in a genuine way. These are real-life people, and while some of the tactics employed by Karamo Brown, the culture expert, can seem staged and awkward, the struggles these people are facing are real. For this season, these struggles include discrimination of sexual orientation, PTSD, racial heritage and ethnic culture. One episode focuses on a Chicana woman who struggles to find the balance between her Mexican heritage and white community, which has inspired her to be promote local art relating to her identity.

Self-love and acceptance are integral themes to the show. In one episode, the Fab Five helps make over a veteran who has difficulties facing his vulnerability, which has impacted his family. In another, the Fab Five meets a man who became paralyzed after being involved in a shooting, which completely changed his life. However, the important takeaway from these people is that despite their struggles, they are resilient. Many times, they are able to use their hardships to create better versions of themselves or help others who might be going through a similar situation. While it is still a TV show, and these changes don’t happen overnight, it’s important to recognize the importance of this message.

In addition to the social importance of a show such as Queer Eye, it is thoroughly entertaining. If you’re looking for a show to binge-watch, something heartwarming or a lovable group of guys to laugh about, I’d recommend this show wholeheartedly. On Nov. 1, Queer Eye came out with a new installation of their series in which they visit Japan, which is also worth checking out.