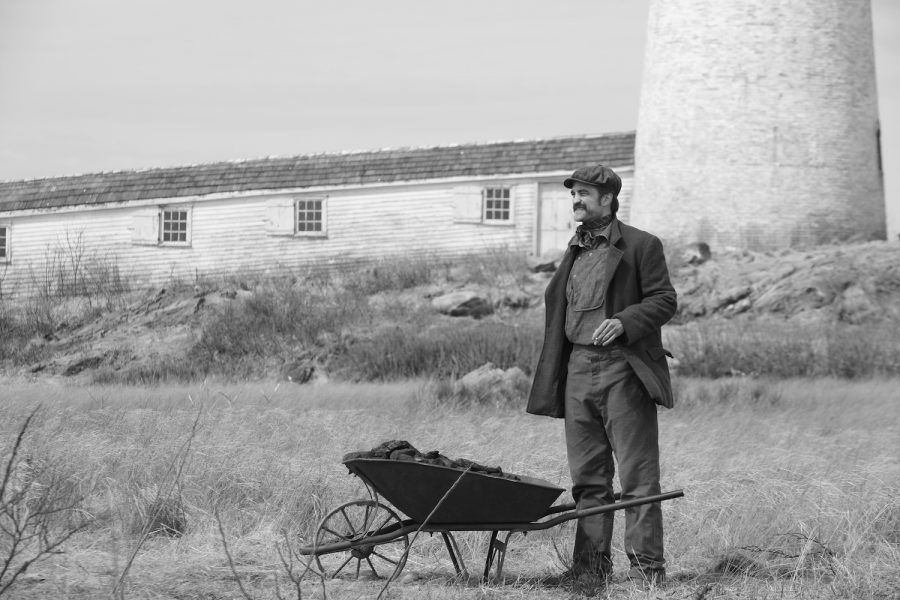 One wonders what’s a-swirl in director Robert Eggers’ head. Do his monstrously imaginative thoughts tear at each other until they pare down into some grisly vision? If ever the creative collateral of Eggers and his psychedelic coeval, dread expert Ari Aster, combine into a feature film, it would consist of countless, immersive hours of hypnotic debasement. The film would dip audiences in and out of aesthetic oblivion, flashing visually awesome environments in numbing succession. It would be a dialectical acid trip, but one questions if the mind, and subsequent body, could handle it.

Coppola famously said he wanted Apocalypse Now to be a film synonymous with Vietnam, one that visualized its sensory substance and immersed the viewer in the hallucinatory chaos of the moment. Rather than a film about Vietnam, Coppola wanted his film to be Vietnam. Robert Eggers’ films feel similar, their ostensible subjects disappearing within a world of immediate feeling. The subjects thus far have been bleak portraits of our once-nascent nation, first imbuing our Puritan ethos with graphic magic, and now mystifying the grim existence of those who man our shores. The Lighthouse, Eggers’ new film, lives in the slightly slicker world of coastal New England, instead of its forested interior, and infests its subject with both banality and horror. But the new film feels even more like Eggers’ creative warzone, where he lobs entropic cocktails across the electric field of our deep unconscious, less to scare us, and more to make us gawk.

The premise is simple. Two lighthouse caretakers, one a novice named Ephraim Winslow (Robert Pattinson), the other a craggy creature named Thomas Wake (Willem Dafoe), maintain the facilities of a lighthouse on a New England island, sometime in the 1890s. The surf is rough, the wind bellows and the work is rank. Seagulls house the souls of dead sailors (you shouldn’t kill one, lest the rest come after you), and the lighthouse offers an eerie tune, a kind of air-raid siren dragged up against the inside of your skull. There’s not a glint of hope in The Lighthouse, and the washed-out, black-and-white photography, at times, lets rain plow through the frame with such aching force it’s hard to tell the elements from altered film stock. At other moments, the sea air sucks so sharply on the two actors’ faces that their features appear as Roman Veristic sculpture. We squint and then relax, in states of concentration and trance.

The Lighthouse tricks us, though, in its first thirty minutes, with the high-contrast, workaday slog shot as if the film is simply an unearthed documentary. Though the lighthouse looks destined to cramp its occupants into madness, the initial picture presents extremely stylized ennui, the kind of wordless experiment meant to evoke more Ken Loach than Edgar Allen Poe. I’m even tempted to say that breed of social realism, with Eggers’s talent for steely dread, could have worked. But alas, we have a much different film.

We soon plunge into a set-list alternating between febrile hallucinations and drunken reconciliations, a pendular, stake-raising back-and-forth slowly rotting toward its psychological expiration date. Dafoe resembles an abandoned Shakespearean character, one the playwright decided to cast off into obscurity, left to transform his complex conception into a histrionic love of a light and task-mastering. “The light belongs to me,” he says multiple times, like he’s Prometheus guarding his flame, or monopolizing some source of divine nourishment. He’s a real lighthouse Lear-type, philosophizing about man and the elements, mixing sincerity and metaphysics in jarring semi-coherence. Dafoe’s Wake is more pathetic in station than Lear though, “wedded to the night,” after his wife divorced him (out of 14 Christmases, he missed 13, though he did make it back for one). Soaked in the kind of brain-fevers that make space for delusional speeches, Dafoe enhances the character’s beveled face through his native facial canyons, which seem to have let the entire history of mankind run through them. It’s easy to see why Julian Schnabel, Lars Von Trier, et. al. trusted Dafoe with their most complex creations in At Eternity’s Gate and in the (very difficult) Antichrist. His face alone, a mountainous terrain of slopes and plateaus (perfect for camping), gives us a complex performance all by itself, not to mention his delivery, which is instantly intense and serrated with gravitas. He is a most coveted actor, and for good reason.

When Pattinson finally has had enough of Dafoe’s cranky sooth-saying (and out-acting), he shouts at him to stop all his “Captain Ahab bullshit,” calling him a “parody.” Fair enough, but even if we were thinking it too, subconsciously, we would never dare reproach Dafoe’s commitment. Pattinson himself is admirable in his effort to devolve from a hard-working shit-shoveler to a bare, maniacal impulse, doing his best Altered States impression. But his beauty is potent and never quite sinks into ghoulishness the way William Hurt did in Altered States.

Most of the formal aspects of The Lighthouse are integrated quickly into Eggers’ world — perhaps a nod to the first-class artists involved, since the best style is one wholly unnoticed and unconsciously assimilated — or a slight toward the immediate bleak-house overload that can lead to desensitization. The score, too, is salient only as we acknowledge its competent contributions. The real triumph of The Lighthouse is the acting, and everyone knows it. Dafoe speaks in crackling verse, commiserating with the elements themselves, absorbing their motion and morphing it into obscure vituperations (or mystic drivel). Roland Barthes would have loved Dafoe, I think, because his performance, like any great Shakespearean, is nothing if not pleasurably embodied. Here’s Barthes, from The Pleasure of the Text, in a description that, for our sake, illumines Dafoe’s performance as “the language lined with flesh … where we can hear the grain of the throat, the patina of consonants, and the voluptuousness of vowels, a whole carnal stereophony.” Go see The Lighthouse, if only to see the exhibition, while it’s in town. You’ll even see it crack — into a million brilliant pieces.