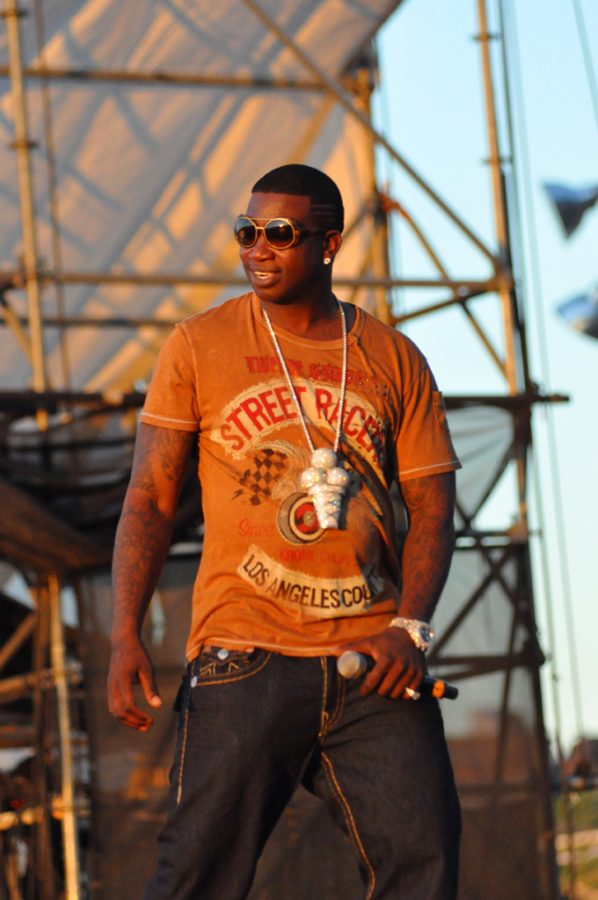 Rap icon Gucci Mane has released his 15th rap album Woptober II, and world is so much better for it. Woptober II is positively bursting with charisma and wit. Almost every song has an iconic line coming from Mane himself or one of the many great feature artists on this album.

It’s undeniable that Mane’s bombastic personality and lyrical wit are one of the aspects that elevate this album to great heights. Mane’s content is somewhat varied, but in general, Mane’s eyes are pointed toward threatening his enemies, flexing his wealth and lack of fear. Mane portrays himself as a man that loves to party, but also not a man to be messed with. The production for these songs reflects this duality in Mane’s personality. Tracks like “Opps and Adversaries” have a more lowkey beat and have only Mane in the spotlight. On this track he tells a story of multiple attempts on his life and the haters that stand in opposition to his existence. But in spite of all the hate, Mane is the last man standing. Truly an impressive feat.

The first quarter of Wop II is chock full of party hits like “Big Booty” (feat. Megan Thee Stallion) and “Richer than Errybody” (feat. Young Boy Never Broke Again and Dababy). The boosted bass on those tracks and the amazing flow that everyone has is quite an entertaining listen. Part of the reason why these tracks work so well is that they don’t get bogged down with boring filler lyrics. It’s very clear from the 36-minute run time of this project that Mane is unaffected by the recent trends of having overly lengthy albums just to gain more Spotify streams.

Mane is also keenly aware of his legend status in the southern rap and gangster culture, and we are just along for the ride. It is so refreshing to hear an artist that really seems to care about the music they are making, and it is no coincidence that three of the biggest new rappers, Megan Thee Stallion, Young Boy Never Broke Again and Dababy, make guest appearances on the album.

If there were a complaint to be made about this project, it would be that some of the songs, like “Time to Move” and “Break Bread,” can sometimes blend together. But generally, each song has its own voice and unique style. Every effort seems to have been made to always keep the listener engaged and attentive to whomever is rapping at the moment. As a first time introduction to Mane’s work, this album is a shining star of quality. Woptober II is an easy 9/10. There are so many intangible positive aspects of this album that just can’t be put into words. Considering this is Mane’s 15th until his next album. The best tracks on this project are “Time to Move,” “Richer than Errybody,” “Big Booty,” “Opps and Adversaries,” “Came from Scratch” (feat. Quavo) and “Break Bread.”