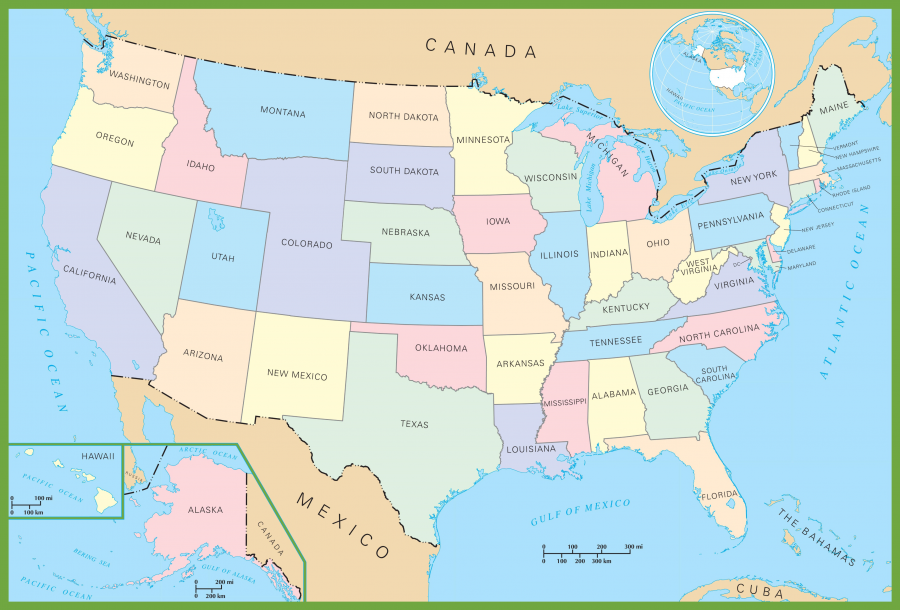 When glancing at a map of the United States, you may notice that about the 90° W longitude line, there is a distinct change in the borders of the states. The most eastern states are divided into irregular shapes that follow rivers, lakes and property stakes that predate the country, whereas when you go further west, the states become made of hard lines and sharp corners. This is where we encounter the problem of Wyoming. Unless you are from Wyoming, chances are you rarely think of Wyoming or its 578,000 or so inhabitants that reside within its 97,914 square miles of land, which is home to many state parks and lots of open plains. From the inside, it seems like it’s doing well enough and would be fine left alone. The issue comes when looking from the outside, where it is obviously apparent that it has little to no reason to exist. I’ll be attacking Wyoming’s legitimacy from two angles, one of unbiased logic which includes laws and regulations, and one of aesthetics, both creating a definitive and unassailable argument for the disassociation of the state of Wyoming.

Wyoming is a broken state. Its lax regulations on oil and gas companies have allowed towns to have more air pollution than that of most, if not all, major cities due to high ozone production. Wyoming also has little to no care about the animals living within it, trailing behind every state but two in animal abuse laws (which allow the abuser to get away in almost if not every situation of abuse), and its conservation laws fare little better, leading to imbalances in species populations of certain predator-prey relationships, such as wolves and sheep. The corporations that inhabit the state don’t help either, and at one point oil and gas companies almost killed the entire population of sage grouses, a major player in the Wyoming ecosystem. These oil and gas companies have a large influence over the laws in Wyoming, and rarely for the better, slowly undoing anything that has been put in place to check them and their far-too-generous footprint of environmental destruction.

Since Wyoming has so few people living in it, its largest city is comprised only of 60,000 people, and only taking up .00029% of the total landmass, its wilderness could use a bit more protection than it’s being given currently. This is where Colorado comes in. It has much tighter conservation and preservation laws. Even life within the Wyoming                                       cities pales in comparison to its neighbor Colorado, which boasts a better public school system and standard of living (as given by the U.S. News state rankings). Because of this, I’ve come to the conclusion that every living thing in Wyoming would be doing much better in Colorado, which is my solution to the whole matter. I propose that we get rid of Wyoming and add that territory to Colorado.

Now that we’ve addressed the solution, let’s look at it from an aesthetic angle. Wyoming is boring. It’s a square with no standout features. This is a problem I have with Colorado as well. When we merge the states, it will give the new Colorado a fun, memorable new shape that gives it more personality than just a boring old square. On the proposed boundary map I created, you may notice the top of new Colorado, that it’s all squiggly. Well, I was looking at it, and it just made sense to continue Montana’s wavy border just a little further instead of its normal sharp and abrupt collision with what was once Wyoming. I made sure to avoid more populated counties so that the children there would be included within the new Colorado school system and not let them rot in Montana’s comparably worse education system. If you look at the map, I also gave Utah its corner back, since it made the state feel incomplete. There was little reason other than aesthetic for that, but if you need more, there are 5.5 times as many people in Utah than Wyoming, making it 5.5 times more valid.

Now there isn’t anything necessarily evil or wrong about Wyoming, it’s just that its land would be better off as part of other states. With Montana and Utah getting the extra bits, the majority of the land would go on to be better utilized as a part of Colorado. This all may sound a little drastic, but these are drastic times. The world is in chaos, and the only way to restore it is to get rid of Wyoming completely.