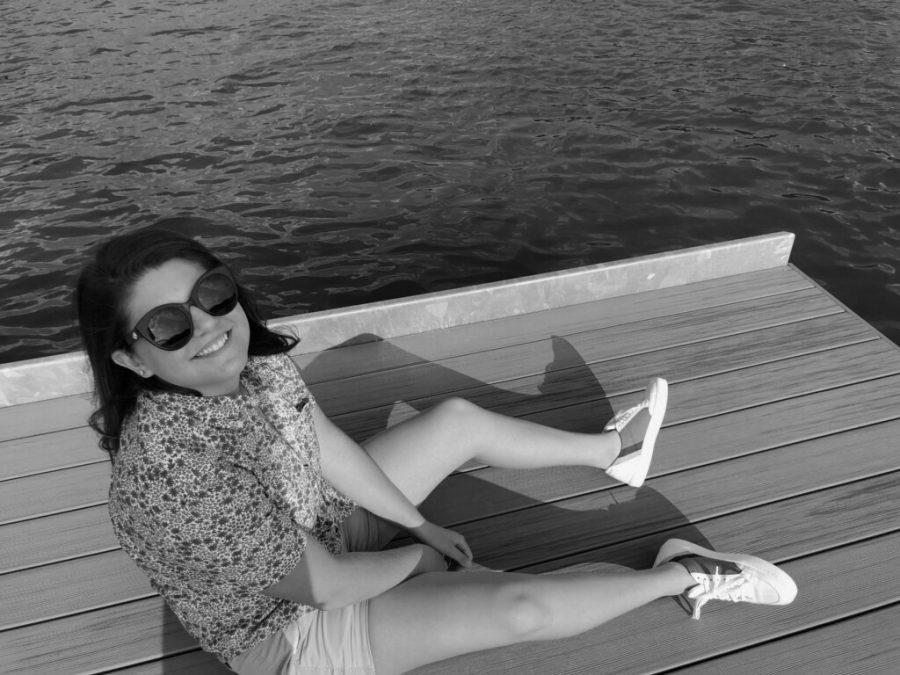 Though she intends to major in history, a study of the past, sophomore Cara Levicoff is shaping the future of Wake Forest’s community through her various roles in diversity and inclusion. From her work within the LGBTQ+ Center to create an identity space called “Lavender Menace” to her informal work to promote diversity and inclusion as a gay member in the Greek system, Levicoff has become a particularly active agent of change on campus.

How did you get involved with issues of sexuality in the LGBTQ+ Center?

I am gay, so that is sort of how I got involved. I didn’t start out in the LGBTQ+ Center, but I was in the LGBTQ+ advising group. I knew about the LGBTQ+ Center but didn’t know exactly what they were doing. Then, they sent out an application for something that they call the Change Agents cohort, which is where they take a group of students to a conference called “Creating Change.” It’s a really cool conference. They have all these sessions talking about queer life and queer history.

How have you implemented what you learned at this conference into your life here on campus?

I have just been doing activism for a lot of my life. A lot of my friends are activists to begin with, and I just try to support them. The Change Agents program at the time was just to build an extracurricular program or whatever you wanted. So, I came up with the “Lavender Menace,” which is an identity space. We have a couple of them in the LGBTQ+ Center, and they’re supposed to service people with particular identities. There’s “Bi the Way” for bi-plus people, and there’s “Tea Time” for trans individuals on campus. “Lavender Menace” is the same thing, basically —  it’s a space for queer women to talk about their identities. It’s a place to hang out and build community.

What would you say are the most important impacts that “Lavender Menace” and your work had on campus?

I think it’s just building a community of women to begin with, which is important for queer women especially. I didn’t know many queer people my first semester of college, so I felt very alone, and it was a very isolating experience. So, one of the most important things for me is to build a community, especially this semester for freshmen and for more queer women. I’ve met maybe 10 queer women who have come to Lavender Menace who I didn’t know before, even being involved in the LGBTQ+ Center last year. It’s really cool to see that, and it has been really impactful for me.

How do you see that community growing in the next few years?

We’ve had a huge growth from one meeting to the next. I think it’s important just keeping it going and keeping it implemented. Having a strong sense of community among queer women helps when sending the queer women out into Greek life through activism and knowing that they have a base to come and talk to and just knowing that they can learn something from us. Each meeting, they can share something about their identities and learn something more about themselves. As we continue our activism we should also focus on our identities and our community.

Do you have any other ways in which you are trying to integrate LGBTQ+ members more into the community here at Wake Forest?

It’s hard to change institutions that have been around for such a long time, but a lot of my friends are working with the broader community, especially the Anti-Racism Coalition. For me, with diversity, I’ve been focused on increasing the awareness that we not only need to be diverse, but also inclusive in Greek life. These are two different things that people often don’t understand are different. Diversity and inclusion means that you have to increase the diversity, but you also have to make it inclusive and hospitable to people who do not meet the hegemonic standards of Greek life.

How do you view your position as a gay person in Greek life?

As queer people in Greek life, we are in a position in which we are able to bring our experiences to something where there are a lot of people who might not know queer or gay people. For me, one of my biggest things is getting people to understand other people’s experiences. It is important to get people to understand that my experience is very different from theirs and also that being in Greek life is not the same as it is for straight people. That, to me, will increase the necessity for diversity in Greek life so that Greek people understand that there are things that need to change because it’s not a system that was made for me, but we can possibly make it into something that is inclusive for straight people, gay people and people of color.

Is there a piece of advice that you would give to people about changing views of sexuality?

Change and understanding take time and emotional labor. But, it is important to think about who is doing the emotional labor and who is making the changes. Are you helping with the changes or are you adding to a gay person’s emotional labor? I think my advice, really, is to learn how to support and how to understand better — and really, to have conversations that may feel uncomfortable to you. That’s the only way to start to change your mind and your outlook.