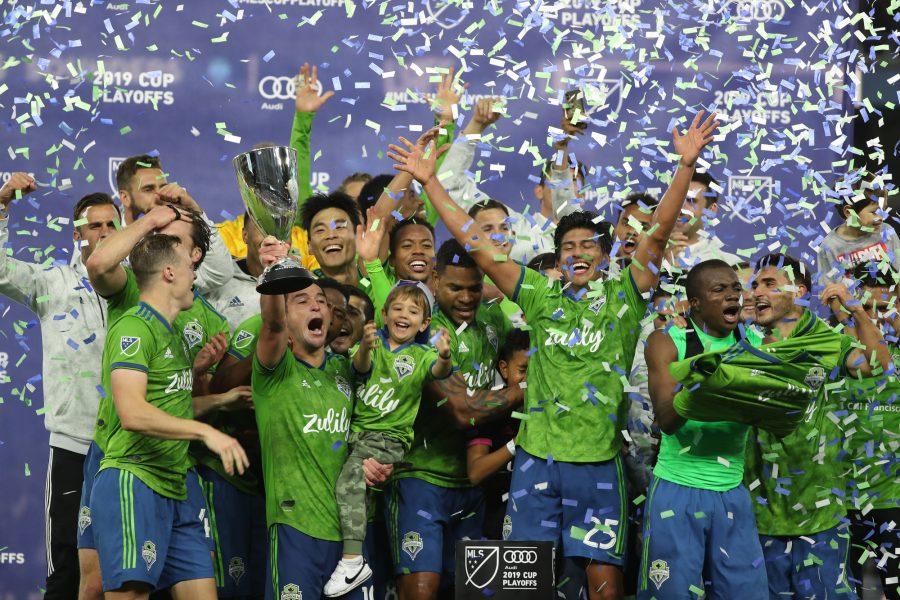 CenturyLink Field, the home of the NFL’s Seattle Seahawks, had its attendance record broken this past weekend. The record-breaking event, however, did not include Russell Wilson, or the Seahawks, or any NFL player at all. The crowd of nearly 70,000 who packed the stadium came to cheer on their soccer team, the 2019 MLS Cup Champions — the Seattle Sounders.

The Sounders netted three goals in their win over Toronto FC, claiming their second MLS Cup in franchise history. Despite outplaying the Sounders through the first half of the game, Toronto was unable to score. In the second half, the Sounders scored the first goal of the game right before the one-hour mark when defender Kelvin Leerdam’s shot deflected off two Toronto defenders and found the back of the net. Sounders fans, donning the club’s blue and green jerseys, erupted following the tiebreaker.

Toronto Head Coach Greg Vanney subbed in U.S. National Team player Jozy Altidore in search of an equalizer, but the next goal of the game came from the Sounders’ own sub, Victor Rodriguez. In the 76th minute, Rodriguez curled a shot in from the top of the box, doubling the Sounders lead. In the 90th minute, the Sounders scored a third goal, and in stoppage time Altidore netted Toronto a consolation goal. The final score of the championship game was 3-1.

The jam-packed crowd exploded with the Sounders’ victory. The championship was the second for the club in the past four years, with the last in 2016. The Sounders’ starting goalkeeper, Stefan Frei, described the effect the hometown crowd had on his team.

“Since the beginning, it was overwhelming. I got teary eyes when I walked out,” Frei said.

Seattle’s coach, Brian Schmetzer added, “And most importantly, the players and the fans deserve this. The players persevered … and they never quit, and the fans never stopped believing. So I’m very very happy and proud for the city and the fans.”

In 34 matches this season, the Sounders won a total of 16 games, losing 10 and drawing in 8. Their 56 total points were good enough to place them into second place in the Western conference. To make it to the championship game, the Sounders beat seventh-place FC Dallas 4-3, third-place Real Salt Lake 2-0 and the first-place team, LAFC, 3-1.

Evidence of Seattle’s love for their soccer club stretches farther than the historic crowd that gathered to see the game. Dave Clark, a writer for the Sounders, described how the city has rallied behind the team: “20 years ago I was the dorky soccer dude at a sports radio station that got mocked. And now, the sports radio stations, the morning TV, they’re forced to cover the Sounders because it’s that big of a cultural moment. The green that’s been on buildings and ferries and bridges, not just in Seattle but throughout the region, it’s been impressive the Sounders are pop culture in Seattle.”

On Nov. 11, the Sounders paraded through Seattle for yet another tremendous number of fans. According to Statista, the Seattle Sounders had the second highest average attendance of all MLS teams in 2019, coming in at just about 40,000 fans per game. This number comes second to only Atlanta United FC, who average more than 52,000 fans per game. Atlanta United won the MLS Cup in 2018.

The Sounders hope that their historic season will bolster attendance for their 2020 season as they fight to defend their title. The task is not impossible, but it will not be an easy one. Since 1996, teams defending their championship title have won it again the following season only twice. But that’s a worry for next season. For now, Seattle and their die-hard fan base can revel in victory.