Judge Must Decide If Sorority Should Be Dropped From Lawsuit 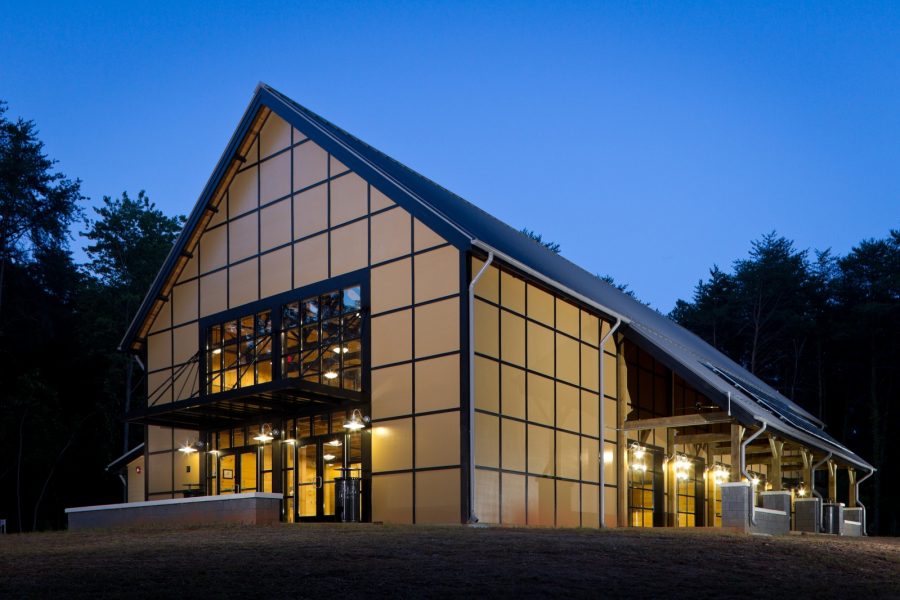 The Barn, a new student social space on the campus of Wake Forest University, Monday, August 1, 2011.

A federal judge must decide if a Wake Forest sorority should be dropped from the wrongful-death lawsuit in which it is named as a party responsible for the fatal shooting of Najee Ali Baker, the Winston-Salem Journal reported.

Wake Forest’s chapter of Delta Sigma Theta hosted an event at the Barn on Jan. 19, 2018. A fight broke out at the party, according to Winston-Salem police, and guests moved outside the Barn.

Around 1 a.m. on Jan. 20, 2018, Baker, then a student at Winston-Salem State University (WSSU) who had been attending the party, was shot and killed.

Jakier Shanique Austin, now 22, was charged with murder, and Malik Patience Smith, now 18, faces two gun possession charges and a charge of assault by pointing a gun at the crowds. Neither Smith nor Austin were students at Wake Forest or WSSU. Malik was arrested in January 2018 and released from jail in April of this year. Austin was arrested and charged with Baker’s murder in April 2018.

In May, Baker’s mother Jemel Ali Dixon filed a wrongful-death lawsuit in the Middle District of North Carolina court. The lawsuit names Wake Forest, the university’s chapter of Delta Sigma Theta and Rhino Sports & Entertainment Services LLC, which provided private security for the party, as defendants, and seeks at least $75,000 in damages.

The university’s chapter of Delta Sigma Theta filed a motion Sept. 24 to have the lawsuit dismissed against the sorority. Jeffrey D. Keister, the attorney representing the sorority, argued that they did not have any duty of care for Baker, had no ability to predict that a shooting would occur and had no control over how Wake Forest handles large events.

“The question before the Court essentially boils down to whether the Chapter could have foreseen the intentional, criminal act of Austin and Smith,” Keister said in court papers, the Journal reported. “The answer is, both legally and factually, negative. Austin and Smith’s act, in shooting Mr. Baker, was unforeseen, intervening, superseding, and insulating cause that was simply unforeseeable to the Chapter and its members.”

According to the Journal, Jonathan Fazzola, the attorney representing Dixon, filed a response to Keister’s motion on Nov. 5.

He argued that the chapter of Delta Sigma Theta was responsible for determining the amount of security needed for the party and the people who were allowed to attend.

“The Sorority expressly agreed to be responsible for managing and overseeing the Event, including monitoring who was allowed into the event and assessing the need for adequate security,” Fazzola said in court papers, the Journal reported. “The Sorority also agreed to undertake significant responsibilities in providing security and event management at the Event, when it knew, or in the exercise of reasonable care should have known, that the provision of reasonable and adequate security at the Event was necessary to ensure the safety of and well-being of the attendees, including to protect them from criminal acts of third parties.”

According to the Journal, Fazzola said that the sorority should have been aware of past incidents at the Barn. The lawsuit cites an external audit of Wake Forest police from 2014, which came after complaints that they were racist in their handling of parties hosted by minority students; the resulting report from this audit recommended the university increase security at large events. The lawsuit alleges that the university ignored these signs of previous incidents and still allowed students to be in charge of event management.

Fazzola did not immediately respond to requests for comment.

Wake Forest filed a motion to dismiss in early July, a move which was denied by U.S. District Judge Catherine C. Eagles in September. Wake Forest has since denied the allegations. No trial date has been set yet.