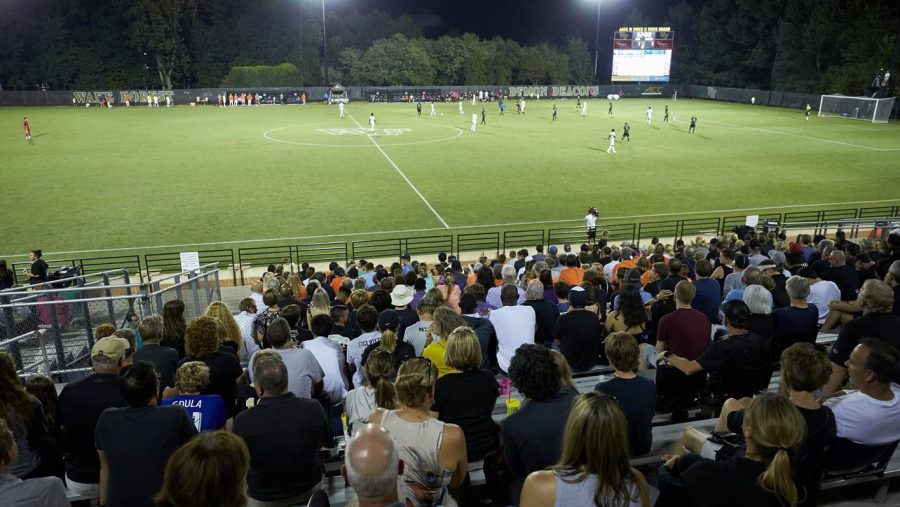 That Charlotte team finished the season 8-21.

That Charlotte team graduated their only double-digit scorer and best player, by far, in Jon Davis (21.6 PPG).

But this year, Charlotte defeated Wake Forest last Sunday, 67-65 in overtime. The loss now has the Deacs sitting at 2-2 on the season with the disappointing opener against Boston College, arguably the most beatable team in the ACC.

The 49ers jumped to an early 12-0 lead, but the Deacs were able to tie it up by halftime at 29 apiece.They played stout defense for a 10-minute stretch at the beginning of the second half, not allowing a single basket during the stretch. Charlotte was able to salvage eight points off of free throws during the drought, and were still leading with under eight minutes to play.

“For us, defensively, that was a good stretch to guard the way we guarded and limit their scoring opportunites,” said Head Coach Danny Manning, as reported by the Winston-Salem Journal. “We have to do a better job playing defense with our head and our feet.”

Tied at 54 with less than 30 seconds to go, Charlotte’s Malik Martin sunk a 3-pointer. Eight seconds later, the Deacs answered with a 3 of their own from freshman Ismael Massoud, who has looked very good in limited action so far this year.

“He’s one of those players [that] with his height and release point, he can get that shot off against a lot of players his size or smaller,” Manning said.

That was enough to send the game to overtime, where Charlotte gained a six-point lead in the first two minutes strictly off of free throws. Down five with under a minute to go, guard Brandon Childress was able to get a tightly contested 3-pointer to go from the top of the key.

Wake Forest secured a defensive rebound with 17 seconds to go, having a chance to tie it up or take the lead. Yet, the lack of good coaching was evident as ever, as the Demon Deacons settled for a tough 3-pointer with 10 seconds left on the clock, then inexplicably didn’t foul to extend the game.

“It hit the front of the rim. If I put more leg into it, we win the ballgame,” he said.

He continued to lead the way for Wake Forest, putting up 19 points and four assists in the losing effort. Olivier Sarr also had a nice game, contributing seven points, four blocks and 13 rebounds.

The Deacs’ win over Asheville on Nov. 13 was a somewhat encouraging display, as the Bulldogs 1-3-1 zone did nothing to slow down the Deacs offensively. Wake Forest shot a ridiculous 33-47 from the field, and the 70.2% success rate from the field was the second highest in program history. But somehow, the score was still knotted up at 72-72 with nine minutes remaining. Manning’s squad was able to pull away at the end to secure a nice 98-79 win.

Chaundee Brown went a perfect 11-11 at the line, and set a new career high with 23 points. Sarr notched his third double-double of the season, with 21 points off a perfect 9-9 from the field, a career-best scoring output for him as well.

The Deacs’ next five games will be away from home, as they return to the Charlotte area to face Davidson on Friday. They will then travel to Anaheim, Calif., for the Wooden Legacy tournament on Nov. 28. The opening-round matchup is against the College of Charleston, and depending on the result, they will play either Providence or Long Beach State. Each squad in the eight-team tournament will play three games.