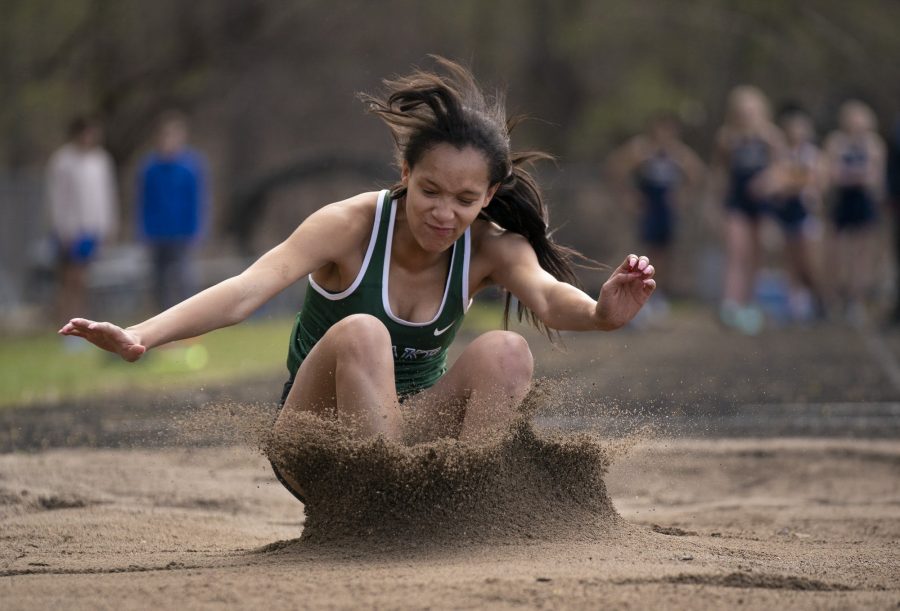 Hailing from Minneapolis Minn. is one of the top long jumpers in the nation: Robbie Grace. The freshman has a personal record of 20’ 1’’, and hopes to surpass that during her time at Wake Forest. That jump would have placed her 17th at the Division I college national championships last year. Not to mention, she placed fourth in the 200 meter race and second in the 100 meter race at the Class 1A state meet this year. The versatile athlete is now training almost every day to make her mark as a Demon Deacon, even adding on the triple jump event that she has never competed in before.

Lucy Nelson: How did you come across Wake Forest?

Robbie Grace: I actually wrote this on my college application. My mom was like, “Wake Forest is a great school. Tim Duncan and Chris Paul went there — You should look it up!” and then I looked it up. Laughs.

LN: How do you like Winston-Salem and North Carolina?

RG: I love North Carolina. I also have family down here — my aunt lives an hour away and I was just with her, and then my cousin goes to UNCG so she comes to pick me up once in awhile to get off campus, because campus is kind of small, and it’s kind of hard with a busy schedule to get out and experience other things, so it’s nice.

LN: Do you have a favorite restaurant in Winston-Salem?

RG: Not really, to be honest with you. I honestly just eat pasta like every day.

LN: Do you know what you want to study yet?

RG: I think I might be an Health & Exercise science major. I’m on the pre-med track so I honestly could do HES, Biology, or Chemistry. It depends on how the rest of my years at Wake Forest go.

RG: At home it used to be that I had to have a White Cherry Gatorade before every meet. Or a Body Armour — those are good.

LN: What events do you compete in?

RG: I did the 100 and 200 in high school as well as the long jump, but here I’m focusing on long jump, and then I learned how to triple jump, so I think I’m going to be doing those two things primarily.

LN: Who is your biggest inspiration in the sport?

RG: Sydney McGlaughlin. She is amazing. We do separate events completely — she’s a 400 meter hurdler, but she’s just iconic. Or for long jump, Tara Davis. She goes to the University of Texas, and she jumps consistently like 21 plus, and I just aspire to be something like her.

LN: Long jumping is such an interesting and unique sport … how did you come across the event?

RG: It’s one of those things, especially in high school, that you try to see if you’re good at, because it’s really not that hard. You just run and jump and see what happens. And then eventually if you’re somewhat decent, then you’re like, ‘Oh how can I make this better?’ That’s basically what happened to me — the first time I jumped, I made high 15s, and my coach was like ‘Oh wait, that’s pretty good, keep doing that,’ and then every single year past that I’ve just been getting better and better and better until I am now. Yeah, long jump’s fun … it’s probably one of the better events of track because I don’t run that much.

LN: Wait so you’re on track, and you don’t like running?

RG: I do like running! I just don’t do as much of it. Like a lot of people hate the sport of track and field because of the running, and a lot quit their high school teams shortly after joining because it’s so much running. So finding a field event that I enjoy … it’s just a whole different experience to what people are used to thinking of track if that makes sense.

LN: You were in the local Minnesota news a lot in high school and were named the Star Tribune’s Metro Girls’ Track and Field Athlete of the year… So I was just wondering if there was pressure that you felt coming into the season at Wake?

RG: I wouldn’t necessarily say it’s pressure… I was more nervous about what the transition of workouts would be like here versus at home… they’re very similar. It’s honestly just about being committed and doing what you’ve got to do to get it done.

RG: I like the team. The team is really small compared to other track teams in the ACC or just in general. So it’s really close-knit; everyone knows each other and it’s basically a family.

RG: For long jump I want to be consistent in the 20-feet range, because my personal best is 20 feet, literally just 20 feet, 20 feet 1, and I just want to be more consistent in that range. Eventually, if I could PR in something higher than that, that would be amazing. And for the triple jump, a realistic measurement goal is hopefully like 42, but that’s kind of a stretch because I’ve never triple jumped until this year. And for both of those, I want to place or score in the ACC for my team. That would be amazing.