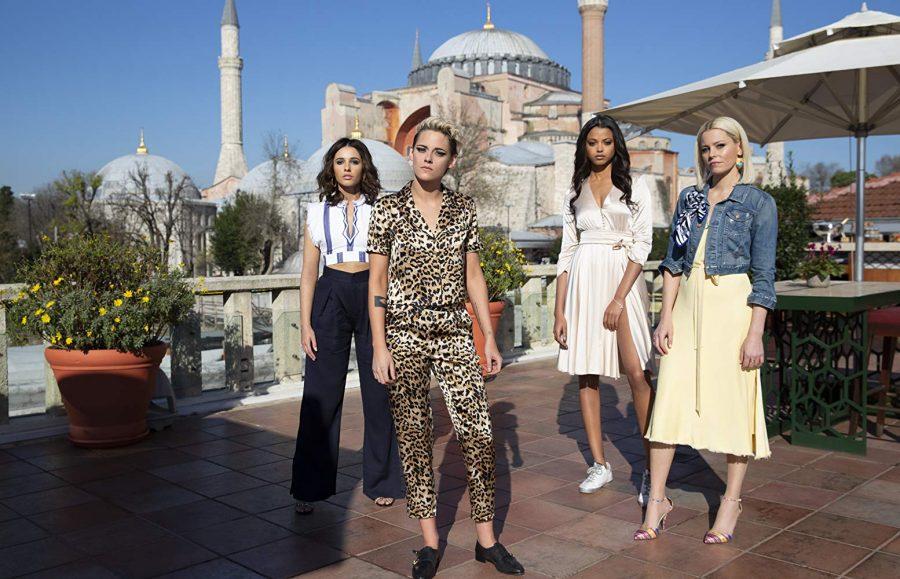 The Charlie’s Angels reboot premiered on Nov. 15, and it bombed in the box office. I will say, as a woman who enjoys movies that empower women, I liked it. Full disclosure: it doesn’t take a lot to please me, and so I tend to like most movies. Needless to say, I liked Charlie’s Angels.

The plot follows a young engineer named Elena (Naomi Scott) as she attempts to save the world from her own unfinished creation. The company she works for is trying to cover up a deadly feature of an innocent clean energy product. Elena enlists the help of the Townsend Agency to help her recover the product and make the necessary alterations so that the device can no longer be weaponized.

Unfortunately, as soon as Elena meets with the Townsend Agency, she is attacked by an assassin (Jonathan Tucker). As a result, a group of agents, better known as Charlie’s Angels, take Elena under their wing and take matters into their own hands. This group is composed of Sabina (Kristen Stewart), Jane (Ella Balinska) and Bosley (Elizabeth Banks).

In terms of action and female empowerment, this movie hit a high for me. I thoroughly enjoyed the plot twists and the female-led cast. In addition to this, the movie balances the action with humor. Stewart brings countless, well-timed jokes, and it was interesting to see her full acting range.

My biggest complaint has to be the character development. It’s obvious that the writers wanted several of their characters to have defined development moments, one of the most prominent being Jane’s. However, I felt like all the characters remained stagnant throughout the film.

From the very beginning of the movie, Jane seems to be set up as someone who wants to work alone, so when she’s told her next assignment will be a team effort she appears less than thrilled. However, the movie never touches on why she hates working on a team, and honestly, you never see complaints. Occasionally Jane will go off on her own, but she always comes back for her team without a second thought. However, she is given a big “I need my team” moment which to me seemed unnecessary. I was never really under the impression that she hated working with her teammates and so I felt it was unwarranted to give her a big realization scene.

In addition to this, it seemed like Elena was supposed to have a dramatic character change as well. In the beginning of the movie, she is shown throwing up after her close encounter with death. It seemed like this was a set-up for her to be timid and anti-action. In reality, it took a lot of guts to stand up to her boss and to reach out to the Townsend Agency to begin with, so from the get go I felt like she was always headstrong. Even so, they give Elena a big scene where she makes a decisive decision to do something about her situation. Again, I felt like this was unnecessary as no one thought she was timid in the first place.

All in all, I felt like the character development was thrown in as an afterthought, and it would have been better if they had just left some of it out. Other than this, it’s a fun movie to watch. The casting was great, there are several “hell yeah” moments and I laughed a lot. I definitely don’t think it’s cinematic genius, but I do like the message it sends to young women and I think it’s enjoyable enough to watch again.