Israel Is A Learning Experience For Students 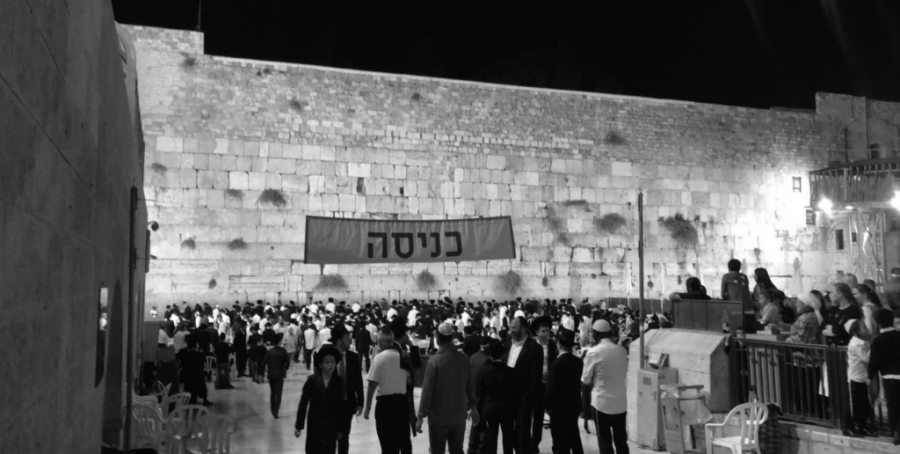 I’m studying abroad at the Rothberg International School at the Hebrew University of Jerusalem. For those who don’t know, I live in a Kibbutz, which is a type of settlement — a collective community — unique to Israel. Kibbutz Gezer, where a family friend named Varada lives, is one of more than 270 Kibbutzim (plural of Kibbutz) in Israel. Fun fact, Kibbutz Gezer also was the first baseball field in the country!

A few weeks ago was Rosh Hashanah, the Jewish New Year, and one of the two most holy days in Judaism. I was fortunate enough to spend them in the Old City in Jerusalem. On Sunday, I woke up and did some work before going to the gym (only to find out they were closed). Instead of working out, I packed and just relaxed before taking the light rail with some friends to the Old City. When we got there, we went to the hostel we were staying at, The Heritage House, and then went to Hebrew Union College in Jerusalem, where rabbis and cantors in the Reform movement are ordained.

I had a bit of a Jewish identity crisis/revelation while at services that only became more severe throughout the holiday. Essentially, I’ve decided that I want to learn more about all the traditions and actions I perform (for instance, why do we light candles on Shabbat, why do we make latkes for Hanukkah, etc.). Additionally, I love the communal component of the holidays and want to continue celebrating them regularly at home. Some of the best moments here have been hanging out and talking with friends over a good Shabbat meal.

Anyway, after services, we went to dinner with a philanthropic family who does a lot of great work with Israeli soldiers and integrating them back into civilian life. Their house was absolutely gorgeous. It’s essentially an apartment building turned into a giant hosting venue. They have this really cool sink in the shape of an Ark (big cabinet that houses the Torah, or Old Testament scrolls) that when you turn the faucet (in the shape of a Jewish Star) opens and spews out water.

They also have a rooftop garden with an incredible view of Dome of the Rock. When we got there, we spoke with the Clamans’ niece and her fiancé. She’s in medical school here, and it was interesting to discuss the differences between the system here and in America (in Israel, they accept you for a seven-year program from the get-go, while in America you have to do undergraduate work, typically four years, and then apply for a four-year medical school program).

After talking with them for a while, we got called down into dinner. Something new (to me) was a Rosh Hashanah seder, which is supposed to symbolize prayers and hopes for the new year. Then, interspersed with wonderful food (and a fish head which was, frankly, disturbing to gaze into), we had some deep conversations about the meaning of Rosh Hashanah and the purpose of G-D creating humans.

The conversation was a little bit uncomfortable for me and my friend (we recapped later) and only exacerbated my religious identity crisis. A lot of the guests discussed how they wake up and ask, “What can I do for G-D today?” or “What does G-D want me to do today?” I never think of that. I don’t have any enlightening conversations with G-D. I do pray and like the idea of there being a G-D, but am not 100% sure (i.e., I’m agnostic).

So, I’m not quite sure how to identify as a Jew. It’s interesting because Judaism can refer to a culture (or a people) and a religion. There are lots of secular Jews, as well as religious Jews. This conversation just outlined for me that I’m not really gung-ho about the faith-based component of Judaism, though I’m not areligious. Religiously, I’m not entirely sure where I stand. Culturally, though, I’m definitely Jewish.

After dinner, we all went to the Western Wall (where I tried to figure out my Jewish identity). It was really meaningful to be there on Rosh Hashanah. Then it was off to bed.