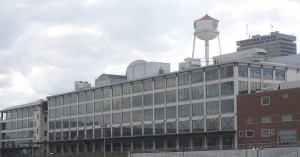 Just three weeks after the university announced it would begin offering certain undergraduate courses in downtown Winston-Salem, administrators are trying to address concerns over a move that some say will split the Reynolda campus in two.

Starting in spring of 2017, some undergraduate chemistry and biology courses would be taught at Innovation Quarter, the research park and future home of the university’s medical school under development downtown, has been met with praise by some and deep skepticism by others.

“The department definitely wanted space,” said Mark Welker, chair of the chemistry department — but not necessarily space downtown. “This was an alternative to doing something more on this campus in terms of new space.”

Innovation Quarter, which is being developed in rundown warehouses previously owned by Reynolds Tobacco Company, is set to house the university’s medical school beginning in the summer of 2016. But with the medical school only needing roughly 60 percent of the space, administrators began moving forward with a plan to offer the resources of the new location to the undergraduate college, as well.

The current plan to move select undergraduate science courses to Innovation Quarter has come about so quickly that some faculty have been caught off guard. Patricia Dos Santos, associate professor of chemistry, supports the expansion, but admits the rushed plan has put pressure on faculty to develop specific ideas for how the new space would be used.

“I think the prospect of moving some of the faculty to a different campus is beneficial to the whole department,” Dos Santos said. “[But] for this to happen, we had to work in a very short time frame to put together proposals for the building space [and] for academic proposals … it feels a little rushed.”

According to President Nathan Hatch, the expansion had to move quickly for tax purposes; tax credits offered by the state of North Carolina for historical restorations are set to expire, leaving a small window of time for the development to be completed.

Rebecca Alexander, professor of chemistry, is also optimistic about the opportunities that Innovation Quarter will provide students and faculty. But when asked whether it was the chemistry department that led the initiative to move downtown, Alexander was clear: “Not in the least.”

“We have been pushing for space for 10 to 15 years on this campus, and there were plans for an interdisciplinary science building that we were very excited about,” she said. “But until someone comes forward with a bag of money, what’s going to happen?” Various chemistry professors confirmed the need for an expanded, or at least renovated, space for the department on campus.

Its current home, Salem Hall, was one of the original buildings constructed on campus in 1956 and has seen little renovation since.

Alexander said initial conversations about the possibility of using space downtown for undergraduate classes and research began in the summer of 2014. As the plan evolved, Provost Rogan Kersh presented the proposal to faculty as an opportunity.

“It was sort of ‘you asked for it, this is what we have to offer,’” Alexander said. “‘You say you need space, here’s your space.’”

An all-faculty meeting to discuss the expansion and proposed new academic curriculum took place on Oct. 12.

The meeting was aimed at approving new concentrations within the chemistry department, as well as easing concerns over a split in location.

“There certainly are concerns and frustrations among the faculty,” Alexander said. “Any time there’s a new location, it’s not one campus anymore.”

Patricia Lord, professor of biology, expressed her concerns over the effect expansion away from the Reynolda campus could have on Wake Forest’s intimacy.

“Though [the biology department] is small, we have a great learning environment here,” Lord said.

“We are a close-knit community here. I don’t want us to lose that.”

Welker says that the curricular and research opportunities for students and faculty outweigh any vices in the plan, although he also pointed out that there are significant logistical challenges the university will have to overcome.

“It’ll be good for chemistry in the long term … the hard thing for the department is just that it will take more effort to maintain connections and collegiality,” he said. “Wake Forest is going to have to figure out how to get people downtown and back pretty quickly and reliably.”

Despite concerns over commuting and a less unified campus, the department’s leaders seem optimistic about the plans.

“Whenever there is change, there is resistance to change … I love this campus, I love to work here, so this creates a little bit of anxiety,” Dos Santos said. “Anything that we do that is new is exciting, but it makes us anxious.”