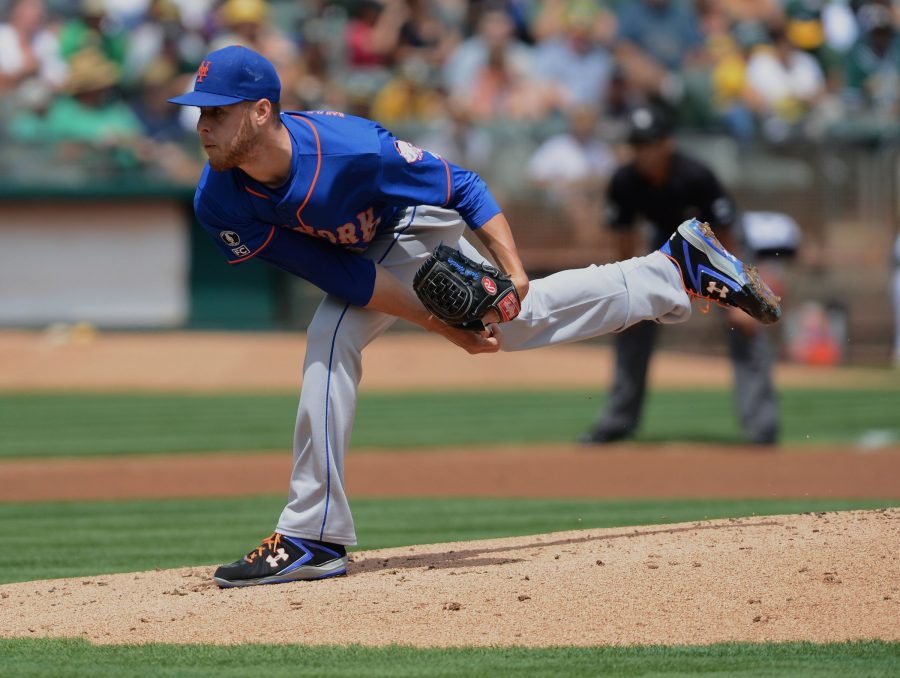 In contrast with the previous two MLB offseasons, signings of some of the top free agent players have been occurring somewhat early this year. With the Baseball Winter Meetings — where representatives from every MLB team will meet to discuss transactions — not beginning until Sunday, the level of activity on the market has come as a bit of a surprise.

Earlier this week, rumors began swirling that free agent starting pitcher and former Met Zack Wheeler hoped to get his deal done ahead of these meetings, and on Wednesday, Wheeler agreed to a five-year, $118 million contract with the Philadelphia Phillies, per ESPN’s Jeff Passan.

At the beginning of the offseason — and presently, for that matter — Wheeler’s value was difficult to assess. Viewed as the third-best available free agent starting pitcher behind only Gerrit Cole and Stephen Strasburg, Wheeler comes with both a relatively alarming injury history and a tremendous amount of upside.

In terms of potential, Wheeler has “stuff” in spades. Last season, his four-seam fastball averaged 96.8 mph, his slider averaged 91.2 mph and his curveball spin was in the 71st percentile, averaging 2647 rpm.With all Wheeler’s upside, though, the Phillies take on a considerable amount of risk. Before the 2015 season, he underwent Tommy John surgery, and his rehab stint was cut short in 2016 after he suffered a flexor strain. In what should have been his comeback season in 2017, Wheeler missed the second half of the year due to bicep tendinitis and a stress reaction in his throwing arm. Any time the back of a pitcher’s baseball card features two consecutive missed seasons, there’s reason for worry.

Fortunately for Wheeler — and now for the Phillies — he has shown signs of durability since the start of the 2018 season. He made 29 and 31 starts in 2018 and 2019, respectively, and he pitched a combined 377.2 innings across those starts.

For the Phillies, committing this much money to an unpredictable commodity speaks to the precarious situation they find themselves in as an organization. After committing about $500 million last offseason through signing free agents Bryce Harper, Andrew McCutchen and David Robertson, extending Aaron Nola and acquiring J.T. Realmuto, the Phillies finished fourth in the NL East in 2019, winning just one more game than they did in 2018.

Philadelphia recognizes that it needs to put a playoff-caliber team on the field in 2020 to justify the cash theyhave thrown around lately, and signing Wheeler should be a step in the right direction. For them to compete with Atlanta, Washington and New York for the division title, though, the Wheeler signing will not be enough. Bounce-back years from Rhys Hoskins and Nola will be necessary, and the Phillies will need to remain active this winter to plug the rest of their rotation holes with the money they have left to spend.