“Knives Out” Revitalizes The Mystery Genre 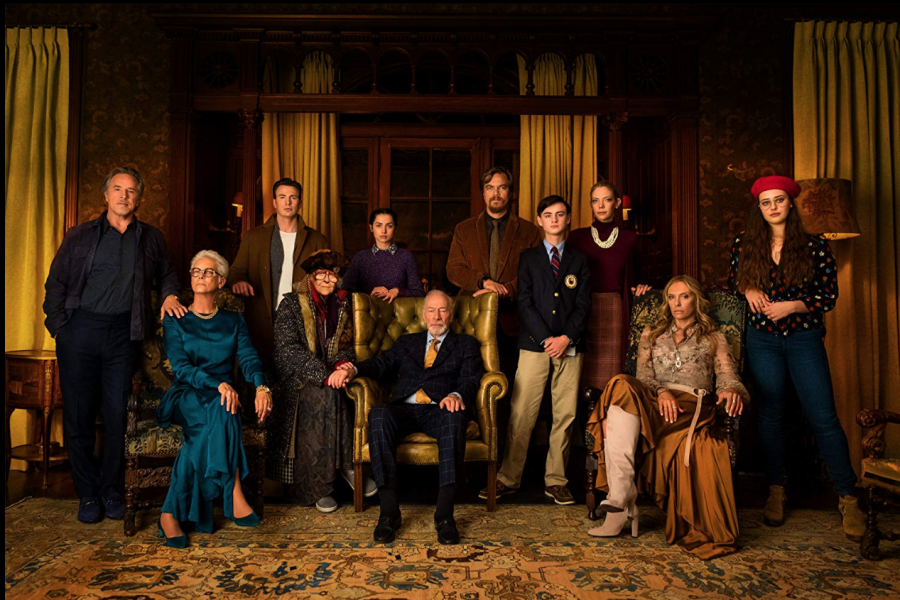 Knives Out is Rian Johnson’s newest film and a momentous re-invigoration of the whodunnit genre. The movie centers on the family of the charming and eccentric Harlan Thrombey, a successful mystery author who first appears dead on his couch in a pool of blood. The family members — all veritable suspects and black sheep in their own right — are a familiar mishmash of a cast with a refreshing edition of Daniel Craig, who plays the suave and endlessly amusing private investigator Benoit Blanc; a far cry from his now stale and stark portrayal of James Bond. Highlight performances are given also from Chris Evans as the mysterious Ransom, the blackest sheep of all the black sheep, and from Jamie Lee Curtis as Linda Drysdale, who manages to maintain an air of depth underneath a comically fierce exterior.

Although Knives Out has been repeatedly described as a modern take on the classic murder story, this picture bears a fresh sense of originality. In this era of filmmaking where sequels and live-action remakes constitute the majority of the pedestrian cinema, Johnson’s Knives Out is a vigorous adventure that promises to endure rewatching. The style of storytelling is a crisp and energetic change to the traditional drama-heavy murder mystery. While many other films adopt a somber perspective on the murder itself that manifests in the essence of the characters involved, Knives Out steers clear of brooding introspection and feels like a game of Clue, or an Agatha Christie novel with a shot of espresso.

The general aesthetic quality of the film is one that draws in the curious, detail oriented eye. From the towering yet homely manor of Harlan Thrombey, filled to the brim with peculiar figurines, masks and imbroglios of books to the interestingly vacant streets of neighboring town; the setting begs for investigation. Johnson’s method of telling his mystery isn’t jarring or hard to follow as some critics might assert. Through a collection of sudden cuts and diverting flashbacks the narrative of the story remains intact while time is kept at bay. A good murder mystery needs an aura of nighttime, and Knives Out does just that by keeping a substantial amount of the film in the intriguing cover of darkness.

The lack of an acute realism and authentic grief isn’t a detriment to the overall quality of the film. Rather, Johnson’s clear desire to bring a lively fun back into a genre that has often stood opposed to it culminates in a vastly successful way. Politics and the circumstances of our modern world are mixed in but kept at an acceptable and humorous level. There are really no detectable undertones of a social message. There is an explicit amount of reality in the message of the movie, it’s just in the reactions of the characters — not in the death of Harlan Thrombey. Each personality is spilling over the top in their own way, and each of those performances are used to create an intriguing puzzle — one that even the most casual viewer can’t look away from.