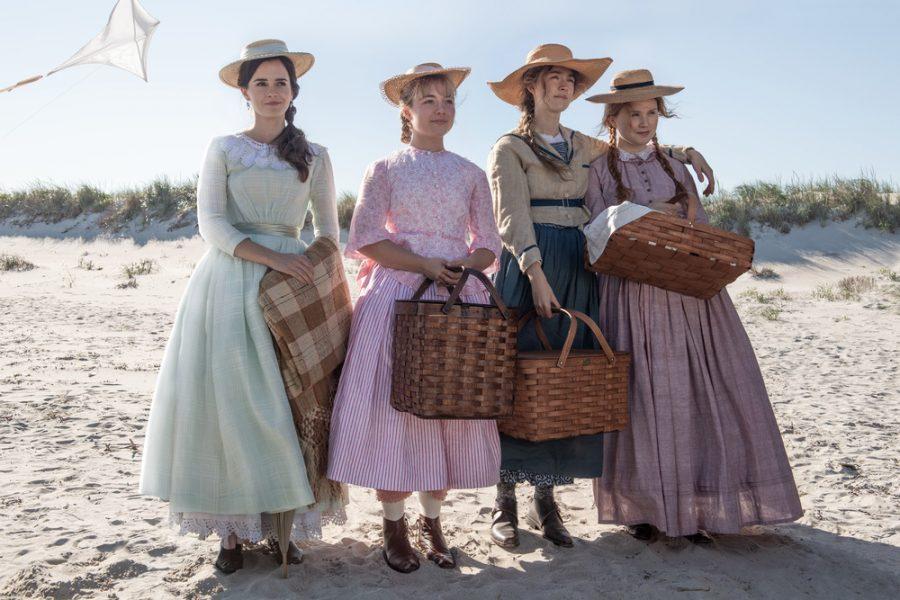 Noah Baumbach’s Marriage Story argues its domestic points by alternating blow-up arguments with subtle knifings, through a kind of realism that ends up serrating the psyche with uneven exhaustion. Though, I think, not a full-throated affirmation of our statistics-backed, doomed-to-fail modern love, the film can seem to pile on in a depressing way.

Greta Gerwig’s Little Women, on the other hand, refreshes us with its depth and devotion. Tender lyricism gathers into a tableau of quivering emotional droplets poised for release – profound, poetic and ambiguous without seeming served-up. Characters collide and combine, jostling, then stumbling into themselves with an emotional honesty that shakes loose trains of genuine, wipe-away tears. Affections are not monotonously realized or naïvely romantic, but drawn-out shivering, like a shy tragedy from the thicket of personality. This makes Little Women a vivid, vibrant film, where the emotions are intense and the machinations an antidote to our modern cynicism. Through a story that feels deliciously archaic and intimately modern, Little Women angles the lovelorn collapses and intricate compromises of Alcott’s novel with such delicacy that every second already feels like canon.

“Alone is alone, not a life.” Adam Driver sings at the end of Baumbach’s Marriage Story, and in Little Women, Jo ends her famous lines about women’s independent minds and spirits by saying, “But I’m so lonely!” It’s a contextualization as important for our polarized times as any, if only because, like the film itself, it spurns siloed virtue and invites complication. Gerwig’s film is about our connections to each other – convolved in pain and lifted by light — concerned less with political remedies than aesthetic transformation. Sure, Little Women is a film about women (and Tarantino’s latest is a film about men; to quote Chris D’Elia, “It’s about…what it’s about!”), but great art transcends its subject by becoming impacted in it. The bustle of a film can allow the subject’s energy to expand beyond the quotidian and onto that heated stretch of horizon we can call sincere uncertainty. In Little Women, Gerwig has vitalized Alcott’s novel through her ability, much like her husband, to root out and rivet with the ambiguous particulars of human experience. The film takes the old binary of heart or head, and parses the illogical space in between, the “or,” where most of life’s uncertainty lives. Subject, in films, matters less than a novel approach to the subjective, an approach that tilts universal themes into pebbled light. Little Women takes a beloved novel (with a few beloved adaptations) and re-imagines it with authentic energy and visual poetry, weaving language and atmosphere into a seamless tapestry.

As the four March girls come of age in the Civil War and its aftermath, we realize the key to any beloved adaptation is the embodiment of thusfar imagined characters, and so it is no surprise that Little Women grabs us with great performances. Characters are, by turns, jaunty, weighty and often electrifyingly eclectic. Saoirse Ronan gusts into Jo with a jittery sensitivity and crinkly intelligence, observant and dangerously attractive. The character’s love of labor and liberty, played with Ronan’s own dreamy insurgency and spoken with a voice that’s like steel wool scrubbing out honey, connotes a kind of 19th-century Holly Hunter from Broadcast News. Timothée Chalamet broods and brightens as Laurie, at once fey and drolly present, statuesque and meltingly emotive. An actor of the eyes, alongside greats like Paul Newman and Joaquin Phoenix, Chalamet’s somber sapphires destabilize the air, first with the goofy embarrassment of being stared at (one feels, when Chalamet raises his lids, like an accordion sounds), then with a transfixion of unprovable poetics. Emma Watson’s performance as Meg grounds itself in supporting-role sweetness, a satisfying re-entrance onto the screen for the charming actor who, though she’s had a few blips, is still known for showing Mr. Potter around the library. Florence Pugh, fresh off the Midsommar disaster she nearly rescued with her clenched control, is flinty and vulnerable as Amy, a girl reluctantly playing second fiddle. Pugh can act, and she emanates strength, whether it be to develop empathy or antipathy. On the elderly side, Meryl Streep plays the peckish Auntie March, ensconced and punching downward with her old-world, girls-should-marry-up morality; Chris Cooper as Mr. Lawrence gently broods in his estate, allaying his own loss with Beth (Eliza Scanlen), the littlest March, and her quiet kindness; and Laura Dern lovingly circumscribes her four girls as Marmee. Dern’s maternal oversoul sews the unit together, both visibly or invisibly. The girls are often splayed in dynamic tumbles, staged by Gerwig in various frames that recall the sprawl of Delacroix or Gericault. Distinct, yet happy to be subsumed, the character details collect with the emphatic weight of their connectedness, a cadre of indelible characters who leave an ineffable residue, too.

Amy March says to Laurie that she thinks one has some power over who they love, that it isn’t something that just happens to a person. “I think the poets might disagree,” Laurie responds, Chalamet’s bluest eyes boring a hole in our cynicism like a cigarette through skin. One of the film’s many triumphs is its interest in love – its social mutilations, pure reality, painful disavowals, and, occasionally, its spontaneous soul-combusting beauty. All love seems grand to the two who plow its field, and we feel that in Little Women: the contortions of souls as they wail down the cart path, fending off anchors and jadedness to accept their short time in each other’s company. The films asks, among other questions, Shakespeare’s famous one: “Where is fancy bred, or in the heart or in the head?” We see both: heads turned toward wealthy futures, hearts demure, then volcanic. Little Women’s cross-currents of emotional intensity make every character memorable, every moment many-colored and the film a titanic achievement of emotional honesty.

The best lines, though, in Little Women are not Gerwig’s, nor Alcott’s, but George Eliot’s, from The Mill on the Floss: “We could never have loved the earth so well if we had had no childhood in it, if it were not the earth where the same flowers come up again every spring that we used to gather with our tiny fingers as we sat lisping to ourselves on the grass, the same hips and haws on the autumn hedgerows, the same redbreasts that we used to call ‘God’s birds’ because they did no harm to the precious crops. What novelty is worth that sweet monotony where everything is known and loved because it is known.”

The lost innocence in Little Women has to do with the slow bleed away from childhood, a time where feeling was united with knowledge, and knowledge was ignorant of a social or personal utility. Knowledge was once a delicious pleasure, an end in itself. This sensitive essence, fed by a sincere kind of vision that’s startled by reality in its simplest dimension, we retain but grow to bury. It’s inevitable that we lose our inherent knowledge of life through living. With maturation comes a certain fossilization. Life becomes interpreted, judged. But love, though it is flayed, diluted and confused with many other things, pokes through as the most powerful pang of childhood. It gags language into tears, and its silent symphonies buffet our bodies to and fro, forcing us to lurch at one another in inarticulate spray of feeling. Love is an impulse away from ego and its courtiers – words – that squirts us toward a deeper embrace. Our developed, jaded reality cedes to an invisible motor, one that is unpredictable, playful and ironic because it has no idea what irony is.

Little Women knows all of this and more, presenting its content in warmed-over tones and lush landscapes that mirror the tingly, uncharted territories inside us, as if to give them a palatable equivalent. Nature is an entrée into thought, and the more we see and stick with Little Women the more it provokes the most profound of questions, mixing its careful intellect with love’s stalwart intensity. Undoubtedly 2019’s crown jewel, Little Women displays itself for all the soul to see. It is, quite simply, a film to ruminate upon until we croak.