You Is Back With Another Twist 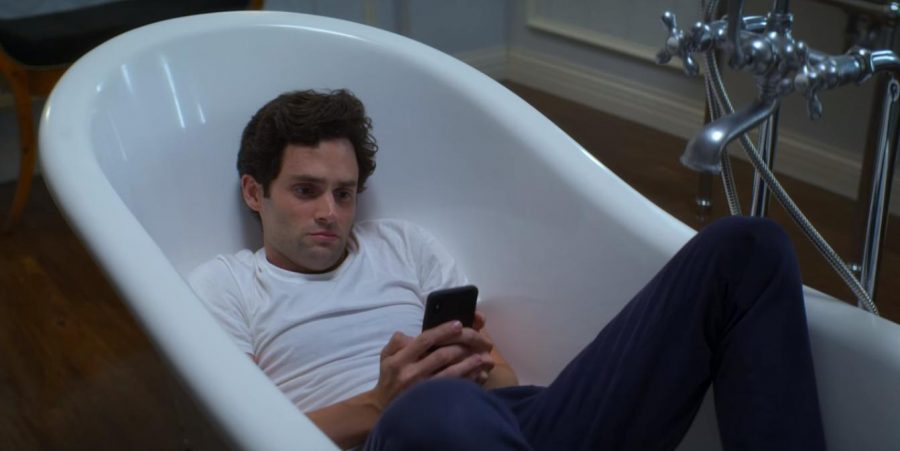 Netflix’s (and my) favorite toxic character Joe (Penn Badgley) came back this holiday season and needless to say, I binge-watched the whole  new season of You in two days. If you haven’t seen it yet, beware of spoilers ahead.

This time, Joe moves to Los Angeles and vows to be a better person. As much as I love New York City, I enjoyed the change of scenery and Joe’s thoughts on the lifestyle of Angelenos were hilariously accurate. In typical Joe fashion, he set his eyes on a new girl and found a person to lock inside his box. As the season progressed, he committed more crimes, but this time around he genuinely had no bad intentions. The choice to highlight his childhood trauma served to make the viewers sympathize with Joe and gave them a background of his sociopathic tendencies. We are made to believe that at the end of the day, he was just a little boy looking for love.

Speaking of Love (Victoria Pedretti), her character seemed mediocre at first, but as we learnt about her husband’s death, dysfunctional family and codependent relationship with her twin brother, different layers of her personality surfaced, making her intriguing. Then, of course, the main plot twist revealed that she was the one who killed Delilah and went on to kill Candace as well. This revelation made Joe fall out of love with her because, as Love said, his illusion of a “perfectly imperfect girl” was shattered. In a way, Love and Joe are soulmates considering their questionable actions which they justified in the name of love. What makes us root for Joe is his humane side, which is weirdly charismatic. Just like season one, Joe protects a minor, Ellie (Jenna Ortega), highlighting his fatherly instincts. His friendship with Will (Robin Lord Taylor) and Forty (James Scully) also adds warmth to his character.

Forty’s character is multidimensional. Behind the rich spoiled alcoholic, we see a man with deep emotional trauma, which seems to be a recurring theme in all the characters’ pasts. His intelligence was evident when he figured out the truth behind Beck’s story and I was relieved when Joe chose not to kill Forty, as he was probably my favorite character. Sadly, he died in the last episode and I am still not over it.

In the last few minutes of the season, when Joe was ready to accept a domestic life with Love and his future child, he found a new “you.” As absurd as it is, Joe will always chase an idea of love that could fill the void his mother created. We were just fooled into thinking that he changed into a better man. Overall, I enjoyed the complicated plot which often felt like a satire on human relationships. You proves that humanity’s’ insatiable desires drive us all to act mindlessly.