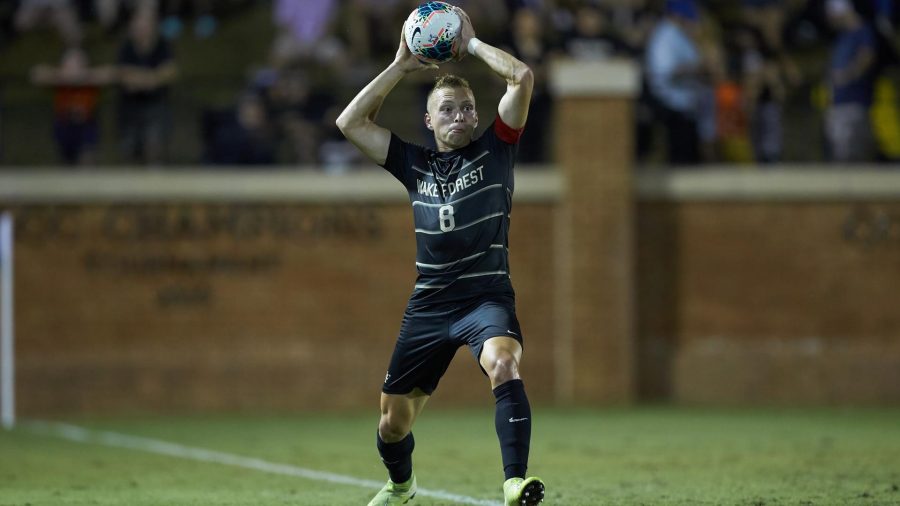 In five years under Head Coach Bobby Muuss, the university’s men’s soccer team has sent 17 players to the MLS. Joey Dezart and Alistair Johnston were the two newest Demon Deacons sent to the league through their selection on day one of the 2020 MLS Draft.

Johnston was first off the board for the university when he was selected at No. 11 overall in the first round by Nashville, SC. The team is primed for its first MLS season this year after playing in the USL championship the last two seasons.

A team captain, Johnston moved from midfield to right back this year. He transferred in from St. John’s and totaled six goals and 10 assists through his two years at the university. A native of Aurora, Ontario, he has also been selected for various camps with Canada Soccer.

DeZart was the fifth selection of the second round. He was taken at No. 31 overall to Orlando City SC. It is the club’s sixth year of the MLS and DeZart is the first player taken from the university in that span.

A three-year starter in the defensive midfield, DeZart played in 65 matches and had 53 starts. He recorded two goals and four assists for a total of eight points. Hailing from Jackson, N.J., Dezart has also spent time on the Jamaican U20 national team.

Also of note during the draft was 2019 MLS Draft pick Brad Dunwell being traded to Energy FC. The midfielder will head to Oklahoma City after playing the 2019 season with Rio Grande Valley FC Toros of the USL Championship. He was selected 56th overall in the 2019 MLS SuperDraft by Houston Dynamo. He was then signed by the Dynamo’s USL Championship affiliate, Rio Grande Valley FC.

The university’s soccer program is just one of two programs to have a first-round selection in each of the last five MLS SuperDrafts. There have been six first-round picks over those years and Johnston is now the 17th first-round pick in program history.