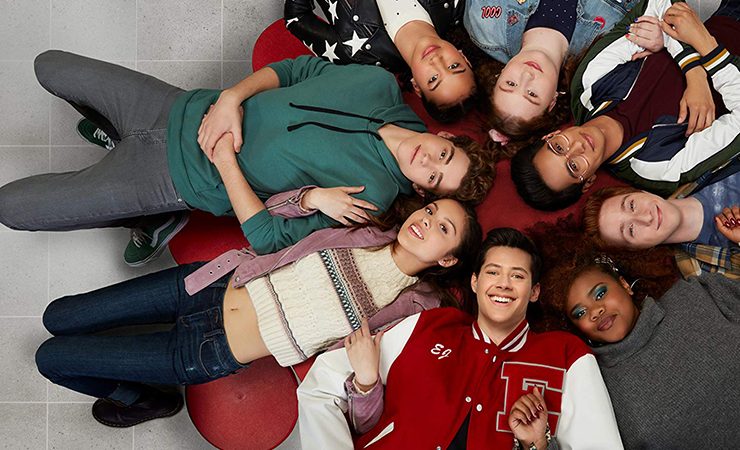 If you’re reading this article, you can most likely finish the next lyric: “We’re soarin’, flyin’…” and know what song and iconic movie it belongs to. Many of our childhoods were set to the soundtrack of Disney Channel’s HSM.

Since the third movie concluded the series in 2008, HSM has been considered a classic for our generation. Eleven years later, Disney+, the latest streaimng service, gave a voice to a new generation of wildcats in High School Musical: The Musical: The Series.

Despite the long and nostalgic name, the series is not a cheesy remake of the original. However, the show still embodies what we loved about HSM: finding supportive friends who allow you to express yourself, accompanied by spontaneous outburst in song. The show follows students of East High School, the school where the original movies takes place, putting on the first ever performance of (you guessed it) High School Musical.

Enthusiastically leading the students and the production is the perky, red-headed new drama teacher, Miss. Jenn. Eager to allow the students of East High to put their Gen Z spin on the show, she picks a cast analogous to the original beloved characters. While there is a talented transfer student and a popular, spoiled blonde, they are far from Vanessa Hudgens’ Gabriella and Ashley Tisdale’s Sharpay.

Rather, Gina (Sofia Wylie), the transfer, and EJ (Matt Cornett), the hot-shot, become the jealous and conspiring understudies while Sharpay is played by Seb (Joe Serafini), a boy with a crazy falsetto. It is sheepish, underrated Nini (Olivia Rodrigo) who steps into the role of Gabriella, both in the show within the show and the series itself. Nini, a shy girl with a big voice is refreshingly raised by her two moms and, like Gabriella, finds her voice through music and being onstage. Her Troy, Ricky (Joshua Bassett), is far from a basketball star. Instead, Ricky is a skater-boy, ex-boyfriend attempting to use the show to win back Nini’s heart.

Unlike the original Disney Channel, the series is framed by modern-family style, documentary vignettes, allowing the characters to offer their own perspectives of the drama both on and off the stage.

In the series, the original soundtrack songs such as “Stick to the Status Quo,” “Breaking Free” and “Get’Cha Head in the Game,” are accompanied by new anthems that reflect the characters’ docu-style commentary. “Born to be Brave,” “Wondering,” and “Just for a Moment,” are among a few of the songs that give vibrancy to the love stories, friendship and support that the new students of East High embrace.

Overall, the biggest difference in the series does not seem to be breaking the status-quo, but confidentially and unapologetically “doing you.” In the show, the love story goes beyond Ricky and Nini’s on-again-off again relationship, instead it becomes a love letter to all of Gen Z, telling them to find the people who make them brave. Once again, the HSM franchise emphasizes that, with the right mindset, we really can be all in this together.