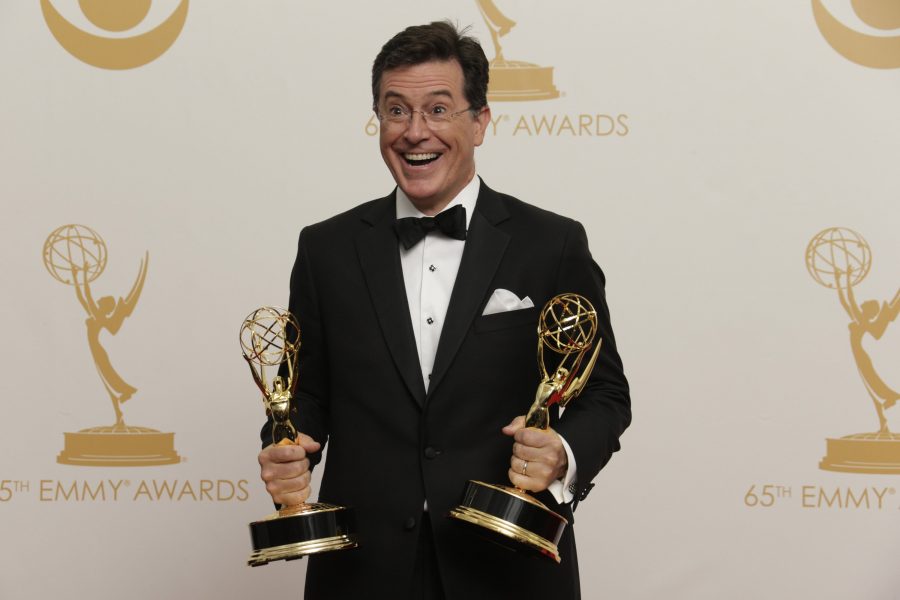 When someone mentions a late-night talk show, you probably think of that show with the guy who makes bad jokes supplemented with a laugh track or that show you keep on when you’re using your laptop but want background noise.

However, in recent years, these late-night shows have evolved and play a much more important role than simply being something to watch when you’re kind of tired, but not tired enough to go to sleep.

I am referring to The Late Night with Stephen Colbert, Last Week Tonight with John Oliver and The Daily Show formerly with Jon Stewart, now with Trevor Noah.

All of these shows are somewhat similar; they make fun of current, relevant issues within the U.S. and abroad.

They can point out when a network makes an unfair claim or presents an issue in an unfair light. Colbert, for example, often shows clips from CNN and Fox News before showing how ridiculous some of their coverage is while earning many laughs from his viewers.

This is something Jon Stewart often did as the host of The Daily Show. Though Trevor Noah has just taken over the job, it appears he will follow in his footsteps, too.

These shows do not just protect the public from the media.

They also can bring to light an issue that mainstream media does not report on. John Oliver, in particular, is good at unearthing issues that go unnoticed by the public.

Each week in his show, he reports on issues that are real and scary using comedy to show just how ridiculous it is that the issue exists.

In one episode, for example, he discusses public defenders.

Everyone who has ever watched a crime procedural knows that public defenders defend someone who is being accused of a crime if they cannot afford to hire a lawyer themselves.

But most people are not aware that defendants with a public defender are at a disadvantage.

As Oliver says, public defenders have so many clients at one time, that they have only a couple of minutes to work on each case. Though everyone is entitled to a lawyer, many are not sufficiently defended.

The news covers whatever outrageous thing a politician said recently or covers shootings and plane crashes for days continuously, but Oliver and other late-night hosts bring attention to issues that aren’t in headlines, but are often just as alarming and important.

They are also able to captivate viewers through their humor. Many enjoy watching CNN or Fox News, but most people do not watch it continuously, because they often cover the same events for days, and because it’s just plain boring.

These late-night shows, on the other hand, capture people’s attention through humor. They can accurately report on an issue while at the same time, putting on a show that people enjoy watching. People should not dismiss late-night TV shows because they a great source of information.