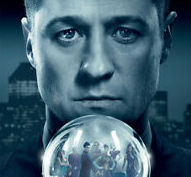 Last April, FOX’s Gotham ended its five-year run, which consisted of five seasons and a total of 100 episodes. The show has received accolades for its writing, acting and production value, though later seasons’ ratings do decline. Gotham takes place in the eponymous Gotham City, the crime-ridden home of the vigilante Batman. However, Gotham does not focus on its famous hero, instead following the story of rookie cop Jim Gordon (Ben McKenzie), a homicide detective attempting to maintain his honesty and morality in a city rife with crime and corruption (which are seen not only with the criminals, but with the local government and police tasked with catching them).

The plot kicks off with the murder of billionaire philanthropists Thomas and Martha Wayne. This murder orphans a young Bruce Wayne (David Mazouz), a name you may recognize as the secret identity of Batman himself. Indeed, it is this act of violence that inspires Bruce to take on the mask in an attempt to rid the city of the same crime that took his parents. Gotham follows Bruce’s journey in becoming a vigilante, showing his training under faithful butler Alfred (Sean Pertwee) as well as his gradual exposure to the true nature of the city. The Gotham City Police Department assigns Jim Gordon and his partner, jaded detective Harvey Bullock (Donal Logue), to investigate the Wayne murders, which soon prove to be more than meets the eye. In addition to Jim Gordon and Bruce Wayne, Gotham shows the origins of famous Batman villains including the Penguin, the Riddler, Catwoman and the Joker. Of course, enjoyment of the show is not predicated on any prior knowledge of the comics; though such knowledge may enhance your viewing experience, none is necessary to enjoy the story.

While the first season of Gotham began as a police procedural (depicting a single crime and investigation per episode) with an overarching plot involving the criminal families of the city, later seasons become more serialized as the various overarching plots branch, intersect and gain more prevalence. This, combined with the colorful heroes and villains from the Batman mythos, serves to set Gotham apart from similar police procedurals such as NCIS or Hawaii Five-0.

Gotham’s inclusion on the Netflix platform amidst the departure of other popular shows to their own producer-respective streaming services is a major plus for Netflix. Still, it is worth noting that either DC Comics or Disney (now the parent company of FOX following the latter’s $71 billion acquisition) could negotiate exclusive streaming rights on their own platforms (DC Universe and Disney+ respectively). As more and more companies take shows off Netflix in favor of their own streaming services (NBC’s The Office being the biggest offender) certain shows not produced by Netflix find themselves in danger of leaving the platform. Until then, Gotham remains a fun and binge-worthy show for any and all that have a Netflix account (or are leeching off someone else’s). Overall, I would give Gotham a strong 8.5/10. Despite a mediocre final season, Gotham remains one of my favorite shows and a must-watch for any interested in Batman and crime-dramas.

Bruno Heller, the creator of the show, has since moved on to create Pennyworth, another Batman prequel series. Pennyworth chronicles the life of Alfred Pennyworth prior to his employment under the Wayne family. The first season premiered to mixed reviews, with the second starting filming earlier this month.