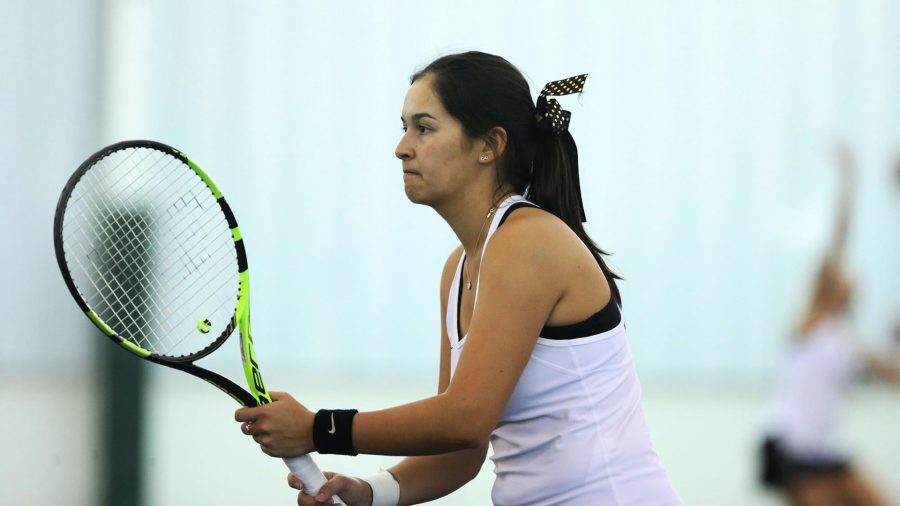 Lexi Franco is the co-captain of Wake Forest’s Women’s Tennis. The senior came from Largo, Fla. as a five-star recruit and has helped the team make the NCAA all three years since she’s been here. As a freshman, she only lost one singles match and posted a 12-8 overall record last season, also going 4-1 in dual match contests.

Off the court, Franco studies health and exercise science and plans to go to P.A. school post-graduation.

Lucy Nelson: I know you had lots of offers at other schools … Do you think you made the right choice to play for Wake Forest?

Lexi Franco: Yeah, the past three and a half years have probably been the greatest years of my life. I’ve made some of my closest friends on the team that I know will last a lifetime, and I definitely made the right decision choosing Wake Forest.

LN: Favorite memory off the court at Wake Forest?

LN: Favorite memory on the court?

LF: My favorite memory was my freshman year at NCAA’s clinching the doubles point for our team to go up 1-0.

LN: What are your goals for leading the team as a captain this year?

LF: My goals for leading the team I would say are just being there for each one of my teammates on and off the court. Whether they’re going through things related to tennis or not … just being there for them and just always supporting them no matter what they’re doing.

LN: Are you watching the Australian Open right now?

LF: Yeah, [the team] loves keeping up with whatever major tournaments are going on. Like at the beginning of the school year, the U.S. Open was on so we’d have the whole tennis team over at our house watching the major matches.

LN: Do you all have a fan-favorite that you root for?

LF: No, I mean it’s just funny to see that some girls that we grew up playing juniors tennis with are on TV. So, we’re actually watching some of these girls play that we knew and it’s really cool to see how someone we know took a different path and to see where they are now is really interesting.

LF: I would say my biggest idol is Roger Federer. I mean, his game is just so classic. He’s just a classic player and I like everything that he does off the court too, like his philanthropy and giving back is a huge part of what he does. It’s really special that he can think of other people outside of his career.

LN: Hopes for this spring?

LF: I hope this year that we’ll be able to maintain a Top-25 ranking, which we’ve been able to do last year, and I just hope we can continue to do that this year. And also just make the NCAA Tournament. We’ve made the tournament for the last four years now, so I think making it this year and being a part of the NCAA tournament for all four of my years in college would be really an incredible feeling and something special that I will never forget.