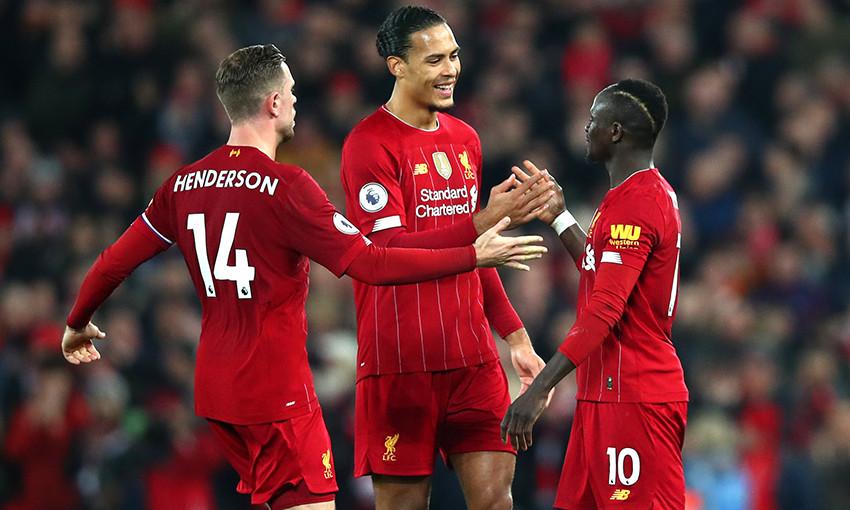 Placing the ball past Manchester United goalkeeper David De Gea, Mohamed Salah wheeled away, ripping his shirt off in jubilation, and stood in the shadow of the Kop, the famed stand at one end of Liverpool’s Anfield stadium. Salah’s goal capped a 2-0 win against Liverpool’s bitter rivals and extended the club’s lead atop the Premier League to 16 points with a game in hand, a seemingly insurmountable margin over last season’s champions Manchester City.

For the first time this season, the air was soon filled with chants of “We’re gonna win the league” from the gathered Liverpool faithful. For many clubs, this confident song would have been heard for weeks; Liverpool has dominated this season, and many have resigned themselves to their eventual victory as early as November. However, Liverpool fans’ caution stems from a long barren spell for the club, marked by near-misses, glorious success and tragic failure.

In 2014, the same song rang through Anfield as Brendan Rodgers, now manager of Leicester City, seemed poised to best Chelsea and Manchester City. Yet in a pivotal match late in the season, captain and lifelong Liverpool player Steven Gerrard slipped against Chelsea, letting Demba Ba through to score what proved to be the title denying goal. Manchester City emerged victorious by two points. Liverpool won the old First Division 18 times, yet since the incorporation of the Premier League in 1992, Liverpool has never won the competition.

This year, Liverpool’s run of bad fortune seems set to change. Now owned by the Fenway Sports Group, who own the Boston Red Sox, and counting investors such as LeBron James, Liverpool has undergone a remarkable revitalization that has seen the team become a dominant force in European soccer. In the Premier League, Liverpool has not lost in 40 games, including a record this season of 22 wins and one draw. Liverpool has not lost at home in the league since April 2017 and are seeking to become the first side since Arsenal’s “Invincibles” won the title in 2004 to finish the league season undefeated.

Central to Liverpool’s success is the development of a world-class defense. In 2013-2014, Rodgers’s runner-up side conceded 13 more goals than Manchester City and 23 more goals than Chelsea, undermining their stellar goal production, a credit to a prime Luis Suarez. Yet under German manager Jurgen Klopp, and thanks to a series of signings, the club now boast a stellar defensive record, conceding only 15 goals thus far, nine fewer than their closest defensive competitor, Leicester.

Virgil van Dijk dominates the center of the field, with his success domestically and in the club’s victorious Champions League campaign manifesting in his second-place finish at the Ballon d’Or awards behind Lionel Messi. Supporting van Dijk is Brazilian goalkeeper Alisson Becker, who has been a marked improvement over error prone keepers Mignolet and Karius. In fact, Becker and van Dijk are Liverpool’s club records signings, with transfer fees in excess of $160 million.

Perhaps more important than Liverpool’s goal stopping ability is their defense’s offensive involvement. The full backs, Scottish left-back Andrew Robertson and right-back academy product Trent Alexander-Arnold, are redefining the position domestically, running rampant on the flanks and are currently regarded as the finest full-back pair in world soccer. Alexander-Arnold sits second on the Premier League assist rankings with 10, nearly eclipsing his own record from last season of 12 assists by a defender in a Premier League season. For all of Alexander-Arnold’s creation, Robertson may still be a more developed player, especially in terms of defensive consistency.

Both their offensive impact arises from Liverpool’s system, which perfectly suits their own abilities. Attacking, Liverpool plays close to a 2-3-5, with Alexander-Arnold and Robertson overlapping the wingers, usually Sadio Mane and Mohamed Salah, allowing deep runs that allow crosses from the touchline and further overlaps creating space for the wing players, with Roberto Firmino dropping deeper and playing one-twos that split defenses and create goal scoring opportunities. Many successful teams have deployed fullbacks as functional wingers, such as Dani Alves for Guardiola’s Barcelona, yet Robertson and Alexander-Arnold set new heights for production and especially defensive consistency.

With Liverpool set to win the Premier League, the aura of caution appears to be waning, as players and fans begin to reckon that their long drought may be finally ending. Klopp has adapted his brilliance at Borussia Dortmund to the English game, and although it has not been an easy road since his 2015 appointment, it would appear that his plans have come to fruition. Yet past their success, the level of perfection achieved by Liverpool speaks to the importance of defensive construction and tactical innovation, even in the age of $100 million transfer fees.