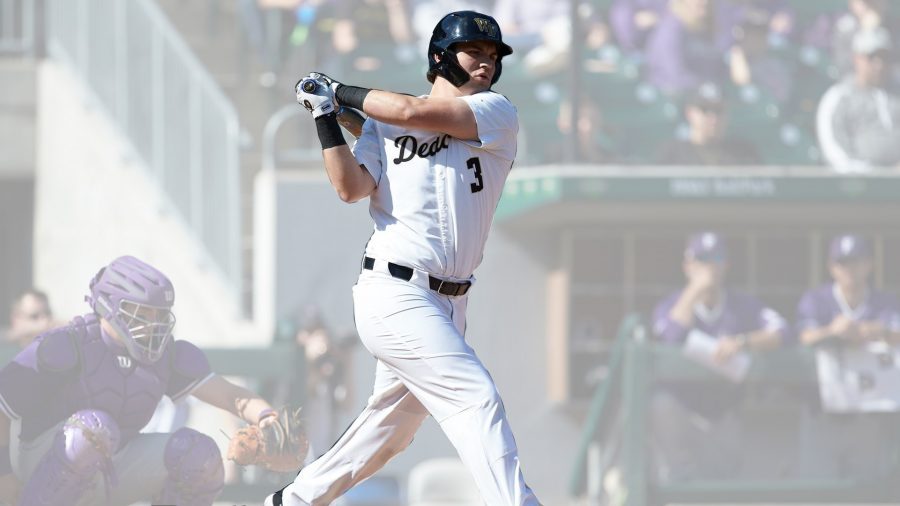 The 2019 ACC Player of the Year in baseball, junior Bobby Seymour put together one of the top offensive seasons in Wake Forest history on the baseball diamond last spring. The honor put him in an elite class of Demon Deacons, as only the seventh player in history to be named ACC Player of the Year. In his sophomore campaign, he led the NCAA with 92 RBIs and led the ACC in hitting, a full 16 points above the second-place finisher. He batted a robust .377 with 20 doubles and nine homers and also led the ACC with his 89 hits.

In his freshman season at Wake Forest, he made 52 starts and played in 54 total games as Wake Forest’s primary first baseman. He ranked third on the team with a .286 average and ranked second in doubles (12) and third in RBIs (32). He was stout against ACC opponents, recording all seven of his home runs against them. One of his freshman highlights included hitting a walk-off single in the bottom of the ninth of a victory over High Point University in May.

After a challenging summer that saw his competition with the U.S. Collegiate National Team fall due to an appendectomy, Seymour looks to come back stronger and lead the Deacons to their final goals in Omaha.

Samantha Wexler: The team obviously lost some great players after last season and had some great players come in as well. Can you speak to what it took to develop this year’s team chemistry to continue the success of the program?

Bobby Seymour: Every single year we lose great players to the draft because here at Wake Forest we produce players who are ready to make that next step towards professional baseball. That being said, it is always different seeing new guys in the locker room in the beginning of the fall, but we have every single one of our guys brought in on the same message: get to Omaha. When everyone has the same goal in mind, you can be a very dangerous team.

SW: Can you speak a little on the preparation that the team has been doing since last season ended to prepare for this season?

BS: We had almost every returning player play summer ball in their own specific leagues, and that’s great for them to see that live pitching every day and for pitchers to face hitters every day. Also, we had all of the incoming freshmen and others on the team go to summer school and get ahead in the classroom, and still get their work in here at school. Now with this season coming up in three weeks, we have a ton of guys coming in and doing extra work. Preparation is not only on-the-field work, but off-the-field as well. We have so many guys who work the mental side of the game just as much as the physical. Our team work ethic is off the charts.

SW: There has been a very high standard of play under Head Coach Tom Walter. What in particular does he bring to the program to continue this dominance?

BS: It’s an honor to play for Coach Walter. The little things he does for all of us day in and day out is something everyone of us will be grateful for the rest of our lives. He brings a fire into the dugout every single day, and he doesn’t care who we are facing or who is on the mound, he just wants to win. That’s what separates him, and that’s why he is such a great coach.

SW: There are exceptional levels of former players in the MLB now. What is the culture of the program in terms of continued success after Wake Forest?

BS: The culture here at Wake Forest is truly unbelievable. It’s a privilege to have these facilities and wear the Wake Forest uniform every single day. We see a lot of pro guys come back, and we have seen over the years how much work they have put in to perfect their craft, and that in my opinion is what makes Wake Forest so much different. I believe that the guys who go out and put the work in that they need to do to put them at that high level, then the rest will take care of it self.

SW: What are you most excited for this upcoming season?

BS: Definitely, I am always calling my dad about things in life. He’s always someone I can talk to so definitely him and the rest of my family.

BS: My favorite memory at Wake would have to be my first game here at Wake. There was nothing like it, just playing under those lights in a real college baseball game. It was a pretty surreal moment.