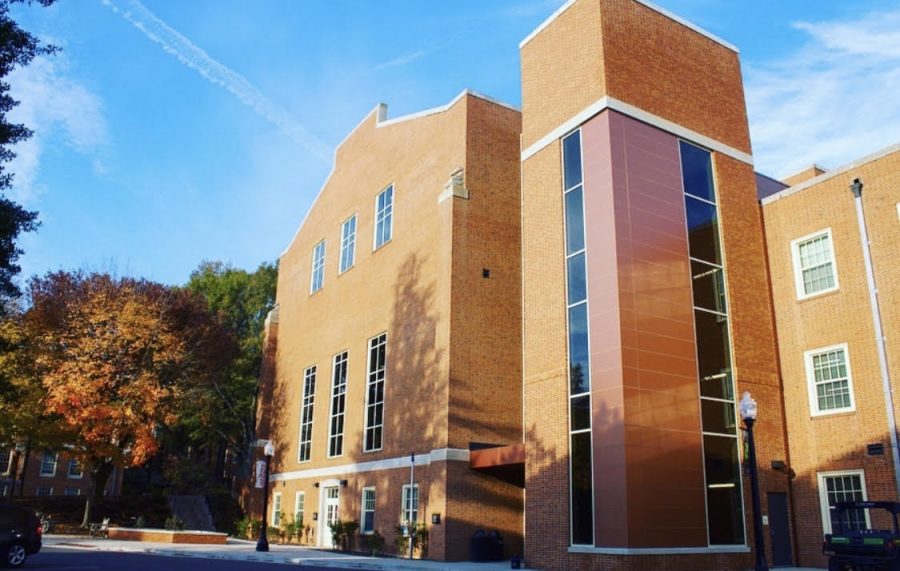 The announcement that the Safe Office is now fully staffed comes at a critical time. Reports of sexual assaults are on the rise as campus attitudes about interpersonal violence shift, and support systems for the campus community are in even higher demand.

“This is one of the most important offices on campus, so to reload and refresh has been really exciting for us,” said Penny Rue, the vice president of campus life.

The search to fill the two vacated positions in the Safe Office had begun last semester. The search committee was composed of administrators and students, including Christine Love Sterk from the University Counseling Center (UCC), a leader from the Title IX Office, student advocates involved in the Support Survivors Coalition and representatives from other campus partners.

After months of searching, they were finally able to identify five finalists, from which two were eventually selected.

They have also expressed enthusiasm about working on initiatives that will impact the way students think about issues like sexual assault and misconduct.

Duisterhof has had five years of prior clinical experience, including her most recent stint as a victim advocate with the Marine Corps in Okinawa, Japan. She began work at the Safe Office on Jan. 13. Since then, Duisterhof has been acclimating herself to the specific needs of the students and orienting her work toward the weaknesses of the university, while also drawing upon its strengths.

“One thing I’ve noticed specifically here on campus is that it feels like a lot of different entities are invested in care for survivors, between faculty and different organizations, like the Office of Wellbeing,” Duisterhof said. “It’s a good feeling to know that we’re here to support the survivors, but the campus is circling us and here to support the survivors, as well. That’s something I feel that is special to Wake Forest.”

While Duisterhof is still new to the university and adjusting to the specific needs of the students in her line of work, Miller is a veteran bringing an insight into campus culture and the university’s institutional operations as an alumna from the graduating class of 2015. In addition to this unique insider perspective, she has had experience working for the Safe Office in her former position as an on-call responder. Miller is also familiar with the surrounding town of Winston-Salem through her work in the field of inpatient mental health and volunteer work for Family Services of Forsyth County.

Even though Miller has focused on observing and attending to the needs of this community for many years, she looks forward to changing the trends of the past and branching out to explore and implement new policies aimed at support, treatment and prevention.

“A lot of my primary interests for this semester lie in striking a balance between direct student care and macro-level policy work,” Miller said. “These are things that I have experience in and I’m interested in, and I like the idea of this position, because it gives me the space to do both.”

“One of the changes to provide more sustainable support to them is taking care of some of the administrative support that has divided them in the past,” Palmieri said.

To address these previous issues regarding a lack of adequate support and a unified sense of community, the counselor/advocates will now report to Palmieri in the UCC and they will also be given more sustainable and strategic administrative reinforcement.

Even so, discussions about the role of the Safe Office will continue. So far, some of the hopes expressed by administrators include more collaboration between the Safe Office, Office of Wellbeing and UCC. Additionally, a Safe Office retreat will be held in February to formulate plans for the upcoming semester.

For now, though, the Safe Office will continue to work on promoting the framework from the NASPA Culture of Respect Collective (CORE) to which the university belongs. The three main pillars comprising the CORE framework include policy, education and survivor support and the goal of CORE is to address and prevent sexual harassment and sexual misconduct on campus.

“[We are] working to change culture around interpersonal violence issues on campus,” said Daniel Paredes, acting director of the UCC.

The Safe Office also emphasized that the involvement of faculty, staff and students is important in shifting campus culture toward collaborative efforts and that open conversation will help students feel supported. The hope is to alleviate the majority of the burden of prevention that students have had to previously bear mostly alone and then to redistribute it among others who can help, including supporters, advocates and community partners.

Sophomore Olivia Thonson, the president of the Intersectional Feminist Collective, expressed her enthusiasm about the work that the new counselor advocates will perform.

As part of this collective conversation about how to prevent, treat, and develop policies in regard to sexual assault and misconduct, students are also invited to participate in CORE luncheons in which they will discuss and develop action steps alongside administrators. The first one will be held mid-February.

Understanding what the students need is critical to providing well-informed care and treatment, as well as implementing effective policies and prevention strategies targeted toward the student body.

“What comes to mind is the students and getting immersed in the student body so that I can be of good service to anyone that needs it,” Duisterhof said.

As the Safe Office emphasizes the student body’s role within its model of operation aimed at providing better care and support for students, the counselor/advocates will engage with students and listen to their input. Opportunities for students to become more involved with the Safe Office include participation in a peer education network and an open support group for survivors of sexual assault.

Expanding upon these efforts to address the needs of the student body, another search to fill a vacant leadership role in the Title IX Office has commenced following the departure of Tanya Jachimiak, former director of the Title IX Office, on Jan. 23. Jachimiak will to relocate to Michigan State University, where she will work as the associate vice president for Civil Rights and Title IX Education and Compliance.