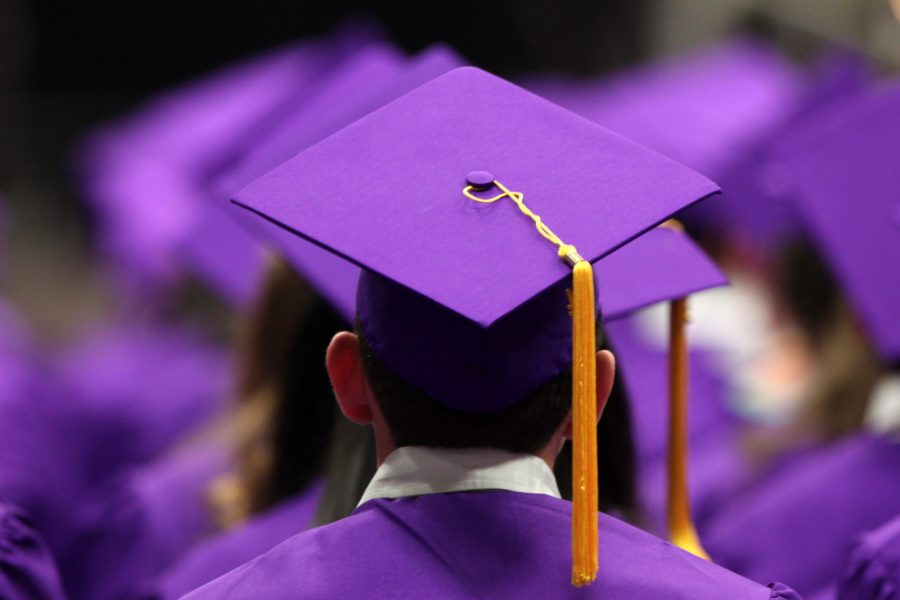 A new analysis from state labor economist Erik Knoder shows that Oregonians with a college degree earn two-thirds more than those who only graduated high school.

One of the biggest mistakes of my college career was waiting until the second semester of my senior year to take my last required science divisional. Why? Partially because the only one that fit my schedule was BIO 113, and I haven’t looked at biology since my junior year of high school six years ago. Partially because I’m not someone who’s good at studying, as I work much better with creative assignments, and research based papers. Primarily because of the vibes.

I’ve caught extra whiffs of pretentiousness while spending time in Winston Hall this semester, just like when I took chemistry three years ago in Salem Hall.

An ongoing pattern that I’ve seen is that many students pursuing degrees in the STEM fields generally have a condescending view of the more “artsy” degrees. I’ve heard remarks about the ease of communication and performing arts classes and have spent five years watching many of my peers who don’t major/minor in those courses blow them off. I’ve also heard on several occasions that those are supposed to be the “easy” degrees.

That attitude towards those areas of study literally makes my blood boil, and not just because I’m a communication major. The problem is that the word “easy” is often equated to “unimportant.” There is apparently a belief system that degrades those departments, and thus degrades the skills that those departments hone in on.

I will admit, there are some classes in the communication department that don’t require tons of working brain power and can essentially be an “easy ‘A’” if you just stay on top of the work. However, those “easy ‘A’” classes still develop or sharpen critical, transferrable skills, so you should take them all seriously. The most universal skill is communication, and I have noticed that many of the people who look down upon communication classes aren’t very good at it. I’ve spoken with many older people who are successful in their careers, and many say that the lack of interpersonal, written and verbal skills is posing a problem for all industries. No matter how good you may be at complex calculations, thorough observations and memorizing technical terminology, if you can’t communicate those ideas clearly and concisely, you’ll have a hard time attracting important associates who may not be experts in the field.

People who downplay the importance of communications are essentially downplaying a specialized type of intelligence.”

Furthermore, exposure to various forms of communications, whether it pertains to rhetorical analysis, broadcasting or research, can help develop a keen attention to detail that’s pertinent to any industry. Similarly, performing arts classes can be useful in developing public speaking skills, something that many people lack.

While STEM may cater to logical- mathematical and naturalist forms of intelligence, that still leaves seven other types of intelligence that different departments can enhance. I may struggle doing complex problem solving involving numbers, but I have interpersonal skills that enable me to read people and work with them. This is pertinent to sales, marketing, and media relations, something that STEM industry increasingly struggle with. I can’t keep up with scientific terms off of the top of my head, but if a science professional were to hire me to write articles based on the data they have (which they are now doing more and more), my linguistic skills would enable me to take that information and convert it into digestible material that non-experts could read. The types of intelligence I possess translate to skills that are as helpful to society as the types of intelligence many STEM students possess. I have to attribute most of my current skills to taking my communication degree as seriously as STEM students treat theirs.

I’m not trying to attack any STEM students, but the observations that I’ve made as far as not respecting more “artsy” departments are very real and many others notice it. Every department offers some sort of skill set that we should try to work on. After all, we have to pay to take the classes anyway.

I would like to close by saying this: put some respek on my major.