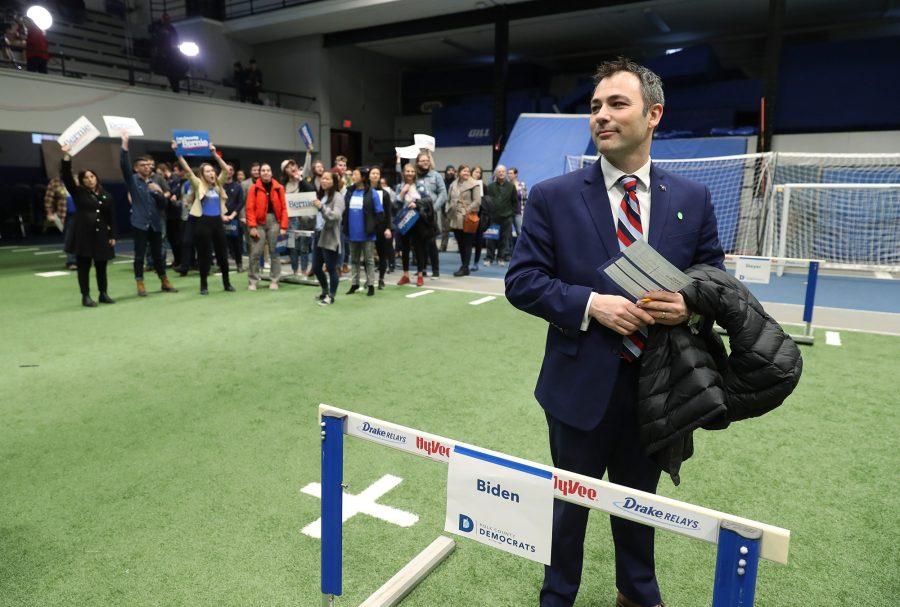 In the wake of the utter fiasco that was this week’s Iowa caucus, the upshot, from my perspective, has absolutely nothing to do with how the candidates performed. (More than 24 hours later, as I write this column, I still don’t really know who won). Only one thing is obvious: Iowa should never go first again. Here’s why.

Iowa should never go first again because its Democrats look nothing like the nation’s Democrats.

As New York Times columnist David Leonhardt wrote last month, the state is horribly unrepresentative of a party that is now, according to the 2017 Pew Typology Survey, 54% white, 19% African-American, 19% Latino and 9% other. (Iowa, on the other hand, is 85% white). But simultaneously, as the country’s first nomination contest, the Iowa caucuses are seen as a significant predictor of a candidate’s viability in the race writ large. The state’s overwhelming homogeneity arguably may have distorted the nomination process this election cycle. Consider Sens. Cory Booker and Kamala Harris, who were doing as well as Sen. Amy Klobuchar and former Mayor Pete Buttigieg in some early polls of more heterogeneous states. But both Booker and Harris suspended their campaigns, in no small part due to their struggles in Iowa.

Iowa should never go first again because its caucus gives the incumbent a head start in the battleground states.

Over the past year, almost two dozen Democratic campaigns collectively devoted vast sums of money and robust ground operations to two states that only have six votes and four votes, respectively, in the Electoral College. Meanwhile, the Trump campaign spent its time in Michigan, Wisconsin, Ohio, Pennsylvania, Florida and North Carolina — all battleground states that Democrats lost by razor-thin margins in 2016. In 2020, Democrats need to reverse at least some of those results to secure an Electoral College victory, but every minute they spent in Iowa and New Hampshire while Trump campaigned full speed ahead in battleground states will put them at a disadvantage in November.

Iowa should never go first again because of the confusing, complicated, byzantine rules that govern its caucus.

Neither the current primary calendar nor the caucus system were ordained by God Himself.”

One example: Someone’s vote — even for a leading candidate — typically does not count unless that candidate receives 15% of support at that particular caucus location. Supporters of candidates who fail to reach the 15% viability threshold must reallocate their votes to other candidates, and those final allocations are used to decide who gets delegates and who does not. Consider this scenario: At two different caucus locations with the same total number of caucus-goers, Candidate A has 15% and 0% support, respectively, while Candidate B has 14% support at each. Even though Candidate B objectively has more support between the two locations, she would not be allocated any delegates and her supporters at both locations would be required to reallocate. Candidate A, on the other hand, would be awarded delegates simply because he had met the arbitrary viability threshold, even with less support.

Moreover, if two candidates are tied for the same delegate, the outcome is usually decided with a coin toss. Just while watching caucus coverage on Monday night, I saw two instances in which Sen. Elizabeth Warren was not allotted a delegate because she lost a coin toss, even though she had as much support as her opponent. Compared to the simple secret ballot (the common-sense alternative) the caucus system has the potential to significantly distort voters’ preferences, especially if they support more minor candidates.

Iowa should never go first again because its caucus excludes many of its most vulnerable citizens.

For one thing, there’s no such thing as absentee caucusing, which shuts out college students, those with disabilities, working people and parents who simply need to put their kids to bed instead of spending hours standing in a middle school gymnasium on a Monday night. Moreover, after the first allocation, caucus-goers often attempt to verbally convince supporters of nonviable candidates to join their coalitions — that’s a veritable breeding ground for voter intimidation and harassment. And there’s no such thing as a secret ballot when you need to physically stand in your candidate’s corner.

But, perhaps most importantly, Iowa should never go first again because on Tuesday night it hopelessly screwed up its caucus while the entire country was watching.

The Democratic party can easily fix this situation; neither the current primary calendar nor the caucus system were ordained by God Himself. Monday’s contest worked about as well as a lead balloon, but the Democratic National Committee has the power to create a more just, inclusive and small-d democratic system. (Dare I say it, but the Republicans actually have the more sane system in this case. They use a simple secret ballot for their party’s caucuses, and there’s no “viability” or “reallocation” shenanigans). If any silver lining comes of this disaster, perhaps the Democratic party will realize that the worshipped first-in-the-nation Iowa caucus has run its course.