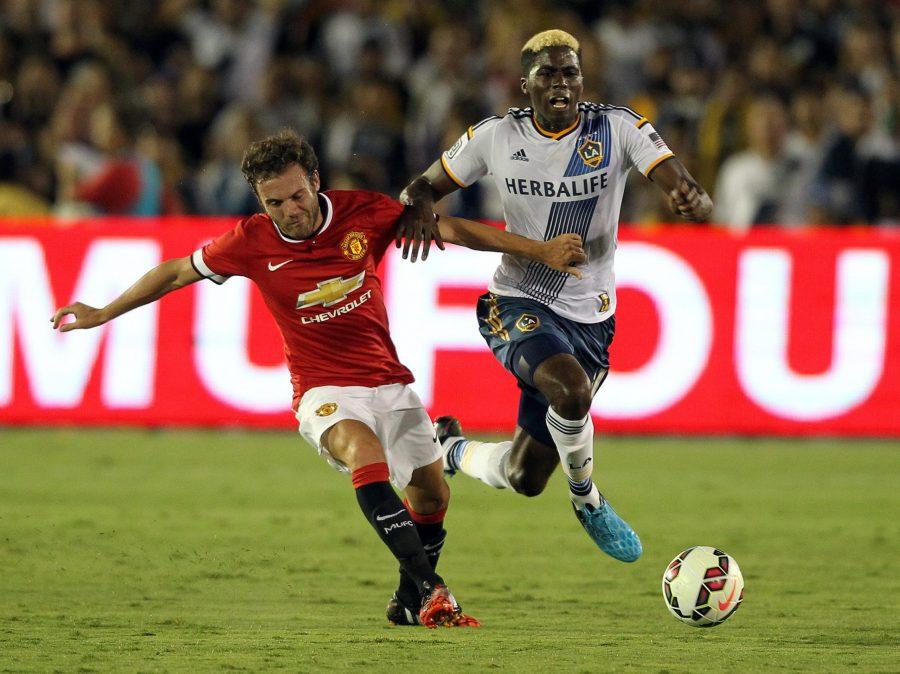 Deadline day, Jan. 31, was not only the United Kingdom’s last day in the European Union, but it also marked the end of the January transfer window. The window refers to the period in which clubs can transfer, sign or loan players between clubs, a period of tremendous excitement for soccer fans globally.

Unlike the summer transfer window, January is often meant for shoring up weaknesses rather than superstar signings, although each window usually has one or two major players switching clubs. This year proved no exception, as clubs sought to strengthen sides rather than reorient the club around a single star.

Inter Milan proved exceedingly busy, as the Antonio Conte-managed side sought to strengthen its depth while also providing the players necessary for Conte’s exacting system. Conte turned to a familiar face, Nigerian international Victor Moses, who played rightwing back in Conte’s famed three-center back system for Chelsea. Conte had revitalized the former Wigan star’s career through deploying him on the right in Chelsea’s triumphant 2016-17 campaign, and evidently feels Moses fits his current third place side.

On the left side of defense, Inter secured the services of another former attacker-turned-defender, Ashley Young, who arrived at Inter after nine years at Manchester United. Young had emerged as a dynamic winger at Aston Villa, yet was moved to defense by Louis Van Gaal in 2014 and has been utilized there since. However, Inter’s biggest move was for the 27-year-old Danish midfielder Christian Eriksen, who moved from Tottenham Hotspur for upwards of $22 million. Eriksen possesses the talent to be among the world’s best midfielders. His peaks at Tottenham certainly put him in the conversation, yet his form dipped as he seemed determined to exit the North London club.

Motivated both by Jose Mourinho’s lofty expectations and the influx of cash as a result of Eriksen’s exit, Tottenham Hotspur were big players in the January market, strengthening their offensive options as Harry Kane remains injured. The usually miserly side made permanent Argentinian midfielder Giovanni Lo Celso’s move from Real Betis. He had been on loan at Tottenham the first half of the season, and signed Dutch winger Steven Bergwijn for a combined fee of more than $68 million. Bergwijn has made an immediate impact, scoring the winning goal in his debut against Manchester City, and provides needed speed and chance creation for Tottenham.

Elsewhere in England, clubs were characteristically wary to spend large sums of money in January, yet the biggest transfer was secured by typical large spenders Manchester United. The Red Devils shelled out a base fee of around $61 million with an additional $27.8 million available in bonuses of varying difficulty to Portugese club Sporting Lisbon for Portugese star Bruno Fernandes. The 25-year-old midfielder has long been linked with a move to Manchester, as his goal and assist production have firmly placed him among Europe’s brightest prospects.

Manchester United were also heavily linked with perhaps the brightest prospect in European soccer, yet it was German club Borussia Dortmund who pulled the coup of the window by signing 19-year-old Norwegian phenom Erling Haaland. Signed from Austrian club Red Bull Salzburg, owned and operated by the energy-drink conglomerate, Haaland has made an immediate impact, scoring a whopping seven goals in his first 136 minutes of play. Haaland’s debut substitute hat trick demonstrated the teenager’s goal-scoring ability that took the Champions League and Austrian Bundesliga by storm, a pattern Dortmund hopes continues in the German Bundesliga.

A surprising player in the window was newly-promoted Premier League club Sheffield United. The club broke their record fee, set in just August of 2019, to sign 21-year-old Norwegian midfielder Sander Berge for nearly $24 million. The move signifies how Chris Wilder’s side sees themselves in firm contention for a European qualifying spot. The top-four in the Premier league qualify for the Champions league and fifth and sixth gain entrance into the Europa league or Europa league qualifiers respectively, a shocking result for a team many predicted would be relegated. Sheffield United’s tactics have gained notoriety for the presence of overlapping attacking center-backs, yet much of their strength lies in controlling the center of the pitch, an area Berge is sure to improve.

With the window closed, clubs must now wait till after the season to bolster their ranks. The Premier League alone spent nearly $300 million in January alone, with that number sure to be dwarfed come summer. Given the enormous financial commitment, the performance of new signings is immediately scrutinized, as fans worldwide look on with lofty expectations.