Cheerleaders Are The Center Of New Series 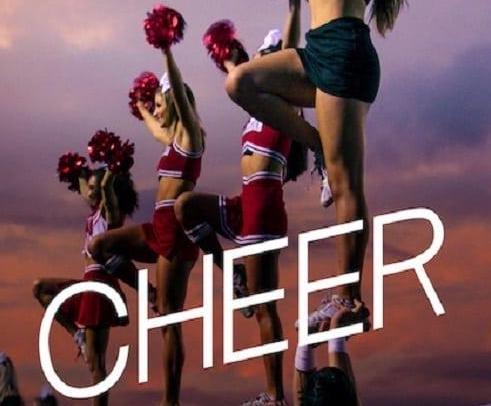 In early January 2020, Netflix gifted its subscribers with a new docuseries chronicling the journey of a collegiate cheerleading team. Unlike its predecessors, such as any movie with “Bring It On” in the title, CHEER gives a bold uncensored look at the high stakes of college cheer. The camera doesn’t shy away from, or cut away from, the brutal realities of the sport. This is your trigger warning: you will see broken bones, a dislocated elbow, people being dropped on their heads, or from the top of a pyramid. But if you can stomach the physical pain depicted, the strength shown is an incredible feat of athleticism.

The series follows the Navarro cheer team, who attend the Navarro Junior College in Corsicana, Texas. The team is coached by Monica Aldama, the woman who is credited with leading her team into being 17-time national champions. The series follows the team through their training for the 2019 championship in Daytona, Fla. The team faces a ridiculous amount of obstacles including a string of seemingly unprecedented injuries, but also the outside pressure of meeting the expectations of the cheer community and defending their titles. The challenge is clear, the fear of failure is palpable, the blood, sweat and tears glisten on the screen.

While the show follows the team as a whole, it singles out a few of the members in, what seems to be, an attempt to highlight the individual pressures on some of the cheerleaders. Gabi Butler is a rising cheer star with brand deals and constant media coverage, but her life is managed by her parents and the need she feels to always be the best is taking a toll. Jerry Harris loved cheer from a young age, and his mother sacrificed everything so he could succeed. When she died, he was taken in by the cheer community, and taking inspiration from that loss is why he is known for his optimism. Morgan Simianer has spent most of her life alone, abandoned by her brother and father, so she has an undying loyalty to Aldama for taking a chance on her and giving her a family. She has a yearning to prove herself and it’s her willingness to show up, no matter the cost, that helps her make mat.

Let’s talk about “making mat,” and the other cheerleading colloquialisms that have pervaded the social psyche since the release of this show. The response to this show has far exceeded what the cast and crew initially expected, with the individual team members garnering millions of followers across social media platforms. Celebrities like Chrissy Teigen and Kendall Jenner have met the members or parodied them in videos on Instagram and YouTube. With all the attention being paid to the show and its cast, it’s no surprise that Netflix has greenlighted a second season. However, some new regulations have been passed by the conglomerate that controls the Daytona competition, so the next question is if the reigning national champions can even compete again, let alone win.