Krewella Fails After Split From Producer 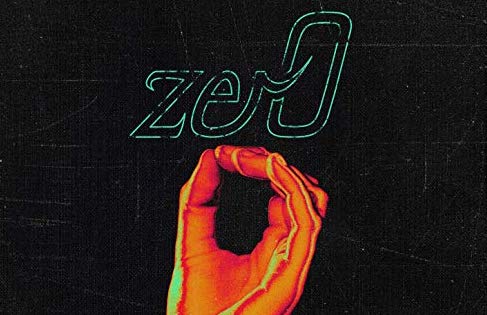 American electronic dance music (EDM) duo Krewella released their newest project zer0 this week. It’s unfortunate to say, but it’s unlikely Krewella will ever return to the old glory that they had garnered from their 2013 album Get Wet. Part of Krewella’s charm were the vocals given by the main singing sisters, Jahan and Yasmine Yousaf. They matched perfectly with the energetic EDM sound that their original producer Rainman provided. Not only did the group have an edge to them, but the lyrics included swear words and the vocals had explicit content, which was a refreshing break from the nebulous lyrics of most EDM tracks. Their sound was also uniquely catchy, enabling Krewella to have their own independent brand.

This could not be further from the truth with zer0. The EDM traits that had made Krewella fun and unique, have faded away to very forgettable sounds. This is not surprising because most of the projects that have come out after their split from one of the other founding members, Rainman, have an increasingly boring sound. Straying further and further away from their original identity, the only thing that holds this project together is the rare familiarity of the vocals. Even then, they are very seldom included.

The sound that the album is going for seems to be more oriented around drums and exotic beats. It is not so much a tribal, sound but something foreign and this style does not mesh very well with the vocals. On some tracks, the background electronics become very minimal and it seems like the sisters are going for an awful R&B vibe. The song “Anxiety” is just awful to listen to. It’s easy to imagine this song being used in a terrible hipster movie from the early 2000s. Lines like “some people are allergic to sobriety” seem to be framed as profound statements. The music swells when the line comes as if to add extra attention to the ‘profound’ statement. In a weird way, the track “Anxiety” brings to mind a song that would be used in a trailer for some awful romantic movie.

As an aside, it wouldn’t hurt Krewella to have their legal team ready after this release, because the track “Paradise” sounds so similar to a Justin Bieber style song. Though this is most definitely a coincidence, and indicative of the trends in EDM music.

In a very refreshing and actually quite good surprise, the track “Ghost” shows its glory. The album has an interesting background sound that has echoes of the angrier, classic Krewella of the past. The interludes of just electronic sounds allow for breathing room between the vocals and give the producers time to really prove their worth.

Overall, zer0 is rather disappointing. It’s very frustrating to see this duo fall so far. Longing for the days of dance hits like “Alive” and “Live for the Night” that had absolute bombshell drops, is growing with every released project. The “dumbing down” of EDM is not a new trend. Producers like Marshmello and Zedd have figured out how to make a track appeal to the widest audience as possible. The consequence is that the tracks coming out are boring and repetitive. The bass drops that are distinctive of the EDM genre have become completely obsolete. Listen to Get Wet to get your Krewella fix, and maybe avoid zer0. The project is a 2/10. It is extremely difficult to listen to, without wishing I was listening to their older projects.