Outside The Bubble: 2020 Election 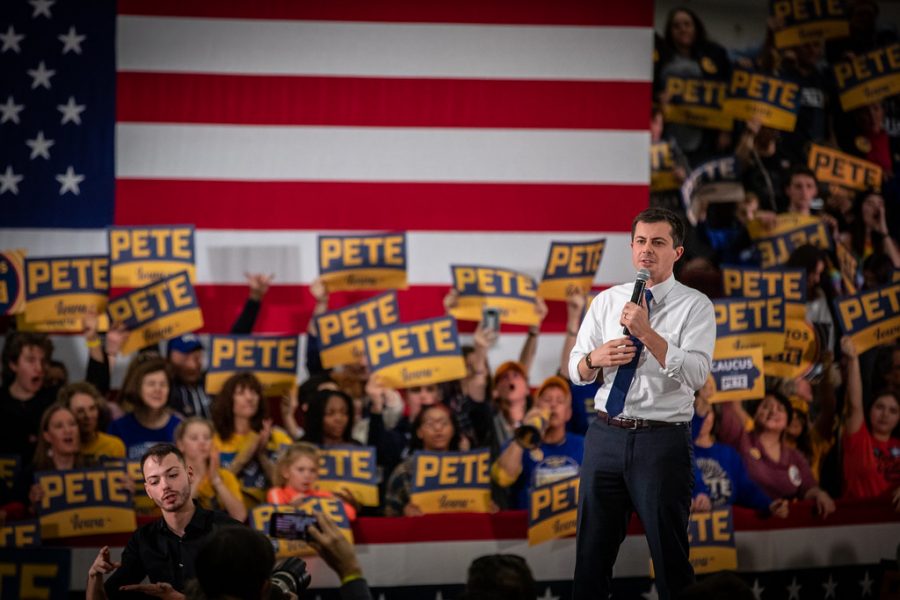 Three days after the Iowa caucus was held on Feb. 3, the nation finally learned the full results of the state’s Democratic presidential primary. Here’s what you need to know:

Different from a simple ballot system, caucuses are a form of voting that require citizens to dedicate multiple hours in order to publicly advocate for the candidate of their choice. Usually held at a public space like a gym or auditorium, there are multiple caucuses in each county of the state. Once the process begins, caucus participants are asked to separate into groups based on the candidate they support. After an initial count, only candidates whose group amounts to 15% of support at that specific location are considered viable. Supporters whose candidate does not reach this threshold can either realign with another candidate, or choose to leave. A final count is then taken. This process, which is unique to the Democratic party, will also take place in Nevada, North Dakota and Wyoming this year.

As of 1 a.m. on Feb. 6, with 97% of precincts reporting, Pete Buttigieg, former mayor of South Bend, Ind., has a narrow lead with the most state delegate equivalents (SDE) at 26.2%. Sen. Bernie Sanders closely follows with 26.1%, while Sen. Elizabeth Warren is at 18.2% and former Vice President Joe Biden is at 15.8%. The State of Iowa awards 41 delegates (which go towards the nomination) depending on the breakdown of SDEs.

For the first time, the Iowa Democratic Party decided to release multiple sets of data from the caucusing process — the first alignment and final alignment (the SDE is based off of this number). Historically, the only data released is the SDE breakdown. Sanders leads in both of these categories, with 24.7% and 26.5%, respectively. Buttigieg has 21.3% and 25%, respectively.

The delay in results has been attributed to a glitch in the new app used to report the caucus data from the local precincts to the Iowa Democratic Party. On top of this, precinct leaders ran into further problems using the app — which prompted them to call in their results. These discrepancies, and the need to further verify the results to ensure correctness, is what ultimately produced this lengthy wait time.

In an interview with the Old Gold & Black, he analyzed the results and events of the Iowa caucus.

Q: Why does the caucus system exist? What are the reasons to have caucuses, rather than a simple ballot system?

A: One advantage of holding caucuses, especially as they are run by Democrats in Iowa, is that this allows for public deliberation about the merits of the various candidates, and in a way that is not possible in primaries where voters simply make their decisions in a voting booth. As is evident from election-night coverage of Iowa caucuses, held in over 1,600 precincts around the state, there is an opportunity for a supporter of each candidate to make a brief speech on the candidate’s behalf and then caucus participants try to persuade other participants to support particular candidates in situations where some voters might be undecided or divided in their support for several candidates. None of this deliberation is possible in a primary where voters simply cast ballots in the isolation of a voting booth.

Q: Do you think that the delay in hearing results from the Democratic primary in Iowa will have an effect on the way the party structures its primary race in the future?

A: Now, there are various reasons why the Iowa caucuses have been criticized, long before the problems appeared that we saw this week with vote-announcing. The downside of public deliberation is that your preferences are fully on display for all of your neighbors and possibly employers and co-workers to see, and in a way that might inhibit someone from supporting a certain candidate. Also it is certainly more difficult to secure high levels of turnout for a caucus that might require 2-3 hours of time, than in a primary, and some voters may face these challenges to a greater degree than other voters.

There is a very good chance that the problems with announcing the Iowa results this week will lead to rethinking of the way that Iowa runs its caucus. Although some commentators have gone so far as to suggest that Iowa should lose its first-in-the-nation spot, that probably will not change. But there may well be a move to revise the complex and multi-stage way that the Iowa caucuses work, with participants originally aligning themselves with one candidate and then eventually having a chance to express support for a different candidate in cases where their preferred candidate had particularly low support. This turns out to be a complicated and lengthy process that could well have contributed to some of the vote-reporting and vote-announcing problems this year, and there may be a way to simplify the process in coming years. One possibility going forward may be for the Iowa Democratic Party to run their caucuses in the way that the Iowa Republican Party runs its caucuses, in that supporters of the candidates still get to make a public appeal on their candidates’ behalf but then participants simply turn in a ballot listing their preferred candidate, without all of the complications that the Democratic caucuses in Iowa entail.