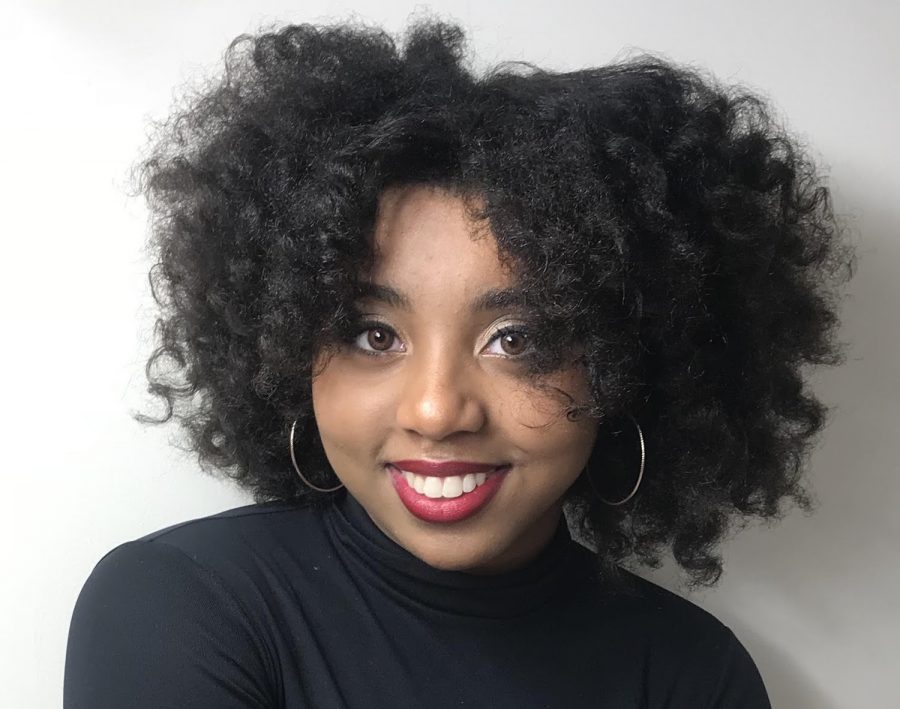 Listen to the entire interview with Monet Beatty in the first episode of the Deacon Profile podcast!

When thinking about ways to educate others about environmental issues, dance probably isn’t the first way that comes to mind — but that is exactly what senior Monet Beatty hopes to do.

With a passion for dance and environmental justice, Beatty decided to combine her knowledge in both fields to create and produce a dance production titled Breathe.

Beatty received a grant from the Interdisciplinary Performance and the Liberal Arts Center (IPLACe) to aid in the costs of her interdisciplinary production. Premiering during Earth Month in April, the show will work to bring the causes of sustainability and art together under one roof.

I heard you received a grant from IPLACe to put on the production of Breathe, could you tell me about your plan for the production?

Beforehand I hadn’t thought about applying for a grant. The production itself started becoming so expansive that it was pricey. Chief Sustainability Officer, Dedee Johnston, suggested I apply for the IPLACe grant. I proposed an interdisciplinary initiative that incorporated the dance and theater departments, engineering department, environmental studies department as well as the Office of Sustainability and we came up with the Breathe production.

The interesting thing about this production is that it is being presented in so many different mediums, whether that be dance, projection mapping or lining. It’s pulling from so many different areas and that’s what IPLACe is all about — being interdisciplinary. It was a perfect match to reach out to them and I’m so grateful that they agreed to fund the event.

How did it feel to receive the grant?

It was a huge shock. I’ve done quite a few performances and I’ve been doing choreography for as long as I can remember, but being able to have a funded event is such an incredible feeling. I’m so grateful that I’m a funded artist. I think this has opened the doors to more opportunities in the future.

You mentioned this production is interdisciplinary and that engineering will be playing a role — what is it?

Another thing about this production is projection mapping. Projection mapping is being able to map out a space and not only have a projection on it but it’s going to be the size and the shape [of the space]. They will be working on calculating the specific boundaries of whatever shape the projection might be on. My sister is an engineering major, she’s the liaison between me and the engineering department.

Another important thing is I have had to find different liaisons between these different departments because again this is what makes this project so expansive — it’s bringing in all those different people.

How has this experience shaped your time on campus?

This experience has combined all of my passions at Wake Forest so it’s a bitter-sweet ending. I intern with the Office of Sustainability; I’m one of the environmental education interns so, in a way, I am educating the audience about environmental issues through dance. I’m also a Presidential Scholar in dance and I’m in the Dance Company. I’m combining those avenues and the things I’m passionate in and reflecting that upon the Wake Forest Community.

What was your greatest influence when you were producing Breathe?

My sophomore year, I did a performance for the Wake Forest spring dance concert and it was focusing on climate change. Breathe is an expansion on that because it was just one piece but now I’m doing a whole production. The response I got from people who watched the piece — I can definitely see that there is a demand for people to see environmental issues in a different way.

Could you tell me about the behind the scenes processes that go into producing a dance show?

The scheduling is the biggest part. The cast is a combination of Wake Forest dancers and dancers from multiple studios, [such as] Institute of Divine Arts, which is a local dance studio in Winston-Salem. Extravadance & Tumble as well, which is based in Kernersville, and Center of Performing Arts in Burlington. The great thing is that people are able to dance with each other that they probably wouldn’t have had the opportunity to dance with.

Another behind the scene thing I have to think about is how I am creating this storyline between all these different pieces. I don’t just want it to be a collection of dances about specific things, I want it to be able to connect all the way through the beginning to the end of the show, so that’s another really essential part of being behind the scenes and making sure that I’m thinking about the story being told in a cohesive manner.

You’ve talked about this a little bit, but what other things are you involved in on campus?

I have my internship with the Office of Sustainability, I’m in the environmental education intern [program]. Essentially my role is we recruit volunteers and then we train them in the environmental curriculum that is provided by the Piedmont Environmental Alliance. Once they have that knowledge they are able to go into a majority of the middle schools of the Winston-Salem/Forsyth County Schools and teach that curriculum. It’s such a great way to get off campus and have community engagement which is something that is really important to me.

I’m also a President’s Aide. In that role, I’m ushering for many of the events that President Hatch is hosting or events in general at Wake Forest, as well as being an ambassador for the campus and being a liaison between the student body and to the president.

I’m also in the Dance Company which I’ve been in for the past four years, which has shaped my perspective in dance.

Has being a President’s Aide impacted your production of Breathe?

I think so. I attended From the Ground Up and I was able to usher that and just seeing all the expansiveness — I believe that event was also funded by IPLACe. [The show] was another inspiration, to see just how much momentum it created and the broad education of it all and bringing everyone together. I think going to different events and seeing different productions in that way has inspired me.

How has your production impacted your time at Wake Forest?

Breathe has enabled me to align all my passions together in such an unique and special way to do so. I’ve also been able to engage in stakeholders at Wake Forest, so strengthening those bonds that I probably wouldn’t have had if I hadn’t done Breathe.