Medical Campus To Be Built In Charlotte 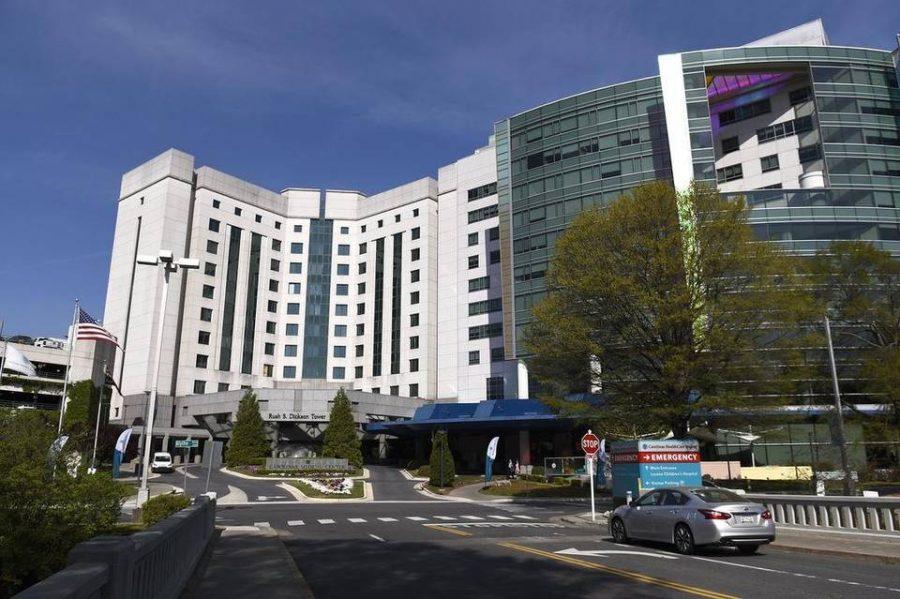 On Jan. 31, the Board of Trustees decided to move forward with plans to build a second campus for the Wake Forest School of Medicine in Charlotte in collaboration with Atrium Health, the city’s dominant hospital system.

“The Federal Trade Commission is reviewing our proposed relationship,” said Cheryl Walker, the director of News and Communications for the university.

A press release on Nov. 4, 2019 officially announced the partnership between the university, Wake Forest Baptist and Atrium.

Since then, teams from each organization have been working to turn their vision into reality since the signing of a Memorandum of Understanding in April 2019. President Nathan Hatch stated that plans for this project have been in the works for 18 months.

“Simply stated, we have a bold vision to combine our respective talents and create the nation’s leading modern academic healthcare system,” said Eugene A. Woods, president and chief executive officer of Atrium Health in the news release. “We have now taken a giant step forward in bringing that collective vision to life.”

Hatch said that it will be at least four years before the “sister” medical school campus will accept a full class of students.

“This is an exciting prospect that will have positive state and national impacts in addition to benefiting the Charlotte and Winston-Salem communities,” said Hatch in a news release. “By strengthening medical education in Winston-Salem and bringing a medical school to Charlotte, we will open many doors for future health care leaders and also play a nationally leading role in research.”

Wake Forest School of Medicine currently focuses its research on aging and Alzheimer’s disease, cancer, cardiovascular disease, diabetes, obesity, neurosciences and regenerative medicine, according to an article in The Charlotte Observer.

According to the Winston-Salem Journal, Dr. Julie Ann Freischlag, chief executive officer of Wake Forest Baptist and dean of the Wake Forest School of Medicine, said that the majority of the existing medical school faculty and she would remain in Winston-Salem, and that the Charlotte medical school would hire new faculty and utilize health care professionals within the Atrium hospital system. Atrium is a nonprofit that currently employs roughly 35,000 people in the Charlotte metropolitan area.

Wake Forest Baptist is also a nonprofit that employs more than 19,000 people. In addition to its main hospital and Brenner Children’s Hospital in Winston-Salem, the system includes five hospitals in Guilford, Wilkes, Davidson, Davie and Alleghany counties, according to the website for the Wake Forest Baptist Medical Center.

By partnering with the university, Atrium expects that it could cover healthcare for 80% of western North Carolina’s rural population. They also hope that more in-state students will choose to study and complete a residency at the Charlotte campus so they will stay in North Carolina after graduation and continue to practice there. Currently, only 40% of the university’s medical students are from North Carolina, which presents an opportunity for improvement when establishing the new campus.

When considering the partnership, Atrium was particularly impressed with the developments of Wake Downtown. Atrium had previously been in conversation with University of North Carolina Health Care in regard to construction of a medical school in Charlotte. However, the groups were unable to come to an agreement and the plans never came to fruition.

A Wake Forest School of Medicine campus in Charlotte would allow the university to increase its presence in the city. The Wake Forest Charlotte Center in downtown Charlotte was conceived in 1989 and offers both pre- and post-college business related programs, according to its website.

In addition to building the medical school campus in Charlotte, the partnership will also invest in new emergency services, operating rooms, critical care centers and a surgery tower in Winston-Salem. Additionally, a new stand-alone Eye Institute will be established for Wake Forest Baptist’s growing ophthalmology department, which attracts more than 90,000 patients each year.

“Phenomenal things can happen when like-minded partners, committed to the same transformative vision, come together in new ways to better serve our patients and communities,” Woods said in a statement.