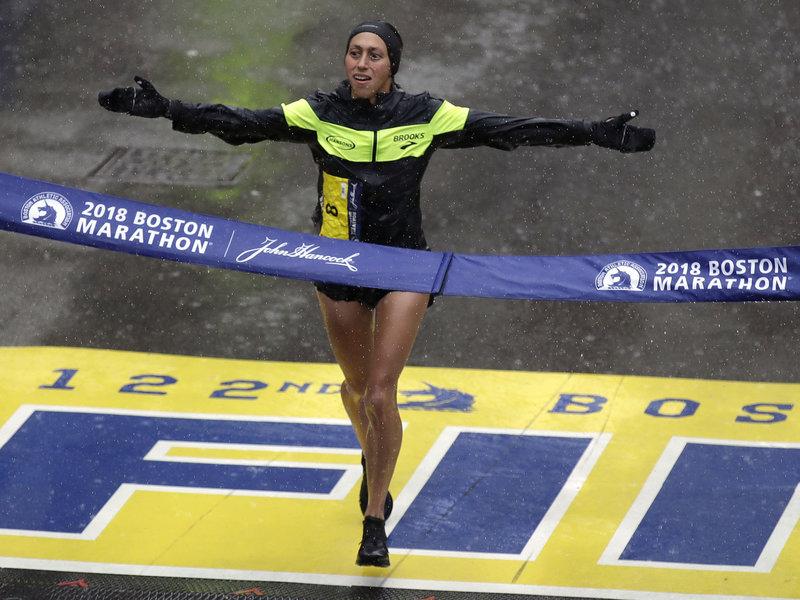 As an avid distance runner and president of the club running team on campus, I’ve been intensely following potential Team USA athletes in the running events as Tokyo nears. You may or may not care, but if you do, then it’s your lucky day. I will have a mini-series in the OGB about distance running and who to look out for. Given that the marathon trials come first, I’ve decided to profile the marathon hopefuls first, so here we go.

The Olympic marathon trials for American athletes takes place on Feb. 29 in Atlanta. The top three men and women will cement their place on Team USA for the Tokyo Olympics. The race is huge, with the qualifying window from Sept. 1, 2017 through Jan. 19, 2020. Men had to run between 2:15 and 2:19 to earn a place, with women needing to run between 2:37 and 2:45. There are 800 participants currently registered, double the attendance of 2016. Of course, only a select few will truly be in the running to take the crown, so let’s dive in.

This one is where it gets personal for me. One of my high school cross country coaches, Saucony-sponsored Laura Thweatt, will toe the line in Atlanta to try to qualify for Tokyo in the marathon.

Thweatt ran a personal best 2:25.38 in the London Marathon. She looks to be in great shape and she is a fighter, so I am very biased in pulling for her. It will not be an easy task though, as the marathon field is loaded this year.

Sara Hall is one name to look out for, with a personal best of 2:22.16 in the race. She is a seasoned professional and this will be her fifth Olympic Trials race, her second in the marathon.

Also a member of team Saucony, Molly Huddle will be a force in the race, coming in with a 2:26.33 best. She has six American records, is a two-time Olympian and a whopping 28 USATF championships.

Another seasoned pro to look out for is Desiree Linden, the latest American to win the Boston Marathon. Linden has represented Team USA in 2012 and 2016 in the marathon and looks to continue that this year. Of course, there is always the potential for lots to transpire over 26.2 miles, so it truly is anyone’s race.Men

On the men’s side, my fellow Naperville, Ill. native Chris Derrick will be looking to make his first Olympic team. Derrick finished a painful fourth place and fifth place in the trials in the 10,000 meter in 2012 and 2016 respectively. He holds a sizzling personal best of 2:12.50 in the marathon.

Also a personal favorite is Thweatt’s boyfriend, Alex Monroe. He holds a PB of 2:14.15. Wouldn’t it be so cool if they both qualified for Tokyo?

A seasoned pro to look out for is Bernard Lagat. Lagat has a marathon best of 2:12.10 and has had immense success at the 1500m, winning Olympic bronze in 2000 and silver in 2004. He has recently turned his attention to the marathon and will be a force down the stretch.

Jake Riley could be a wild card in the race, boasting a 2:10.36 personal best. He placed 15th in the 2016 trials but took three years off battling achilles issues.

Finally, the 2016 fourth-place finisher in the Trials 10,000 meter race will look to get redemption this year. Scott Fauble has a 2:09.09 personal best and will look to make his first Olympic team in Atlanta.

It will be an exciting Leap Day in Atlanta as the top American distance runners battle for those three spots to Tokyo. I know I’m excited to see what happens.