Jump Into A Seat At Ever In The Glades 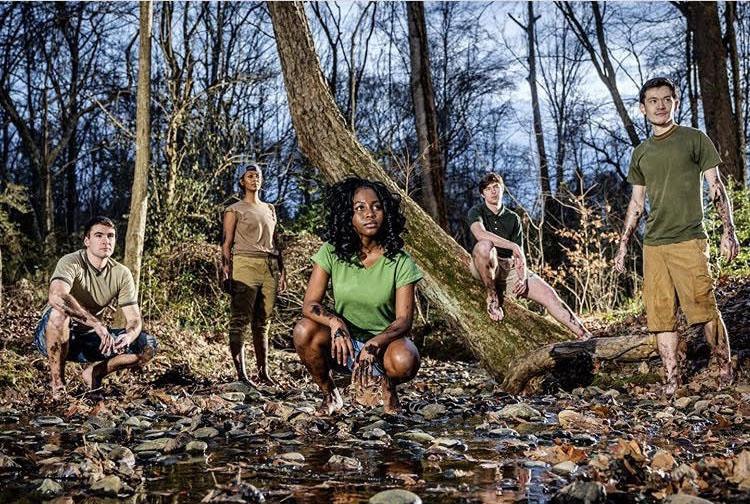 After seeing Ever in the Glades on Friday, it became obvious how much detailed work was put into the visual and auditory experience of the show. Muddied characters run and jump across wooden decks that sink into the water. The detail of the split planks, stained green from the water and worn from boats and feet is as striking as the thought of the gators waiting beneath them, threatening to make a misstep fatal. At least, this is presumed by the audience and the characters to be the case. The foggy surface of the water creeping inches below the decks conceals the gators from sight, but they are heard throughout the show. Their hisses and growls punctuate sentences, emphasize dangerous moments and transition us between scenes.

These sounds come from the mouths of a chorus of adult characters, made up of overbearing parents and others well-worn into the setting. They, along with the band of five high schoolers, are essentially ever present on the stage, acting continuously whether in the spotlight or the background. While we listen to one set of characters, others can be seen sitting, arguing and playing elsewhere. 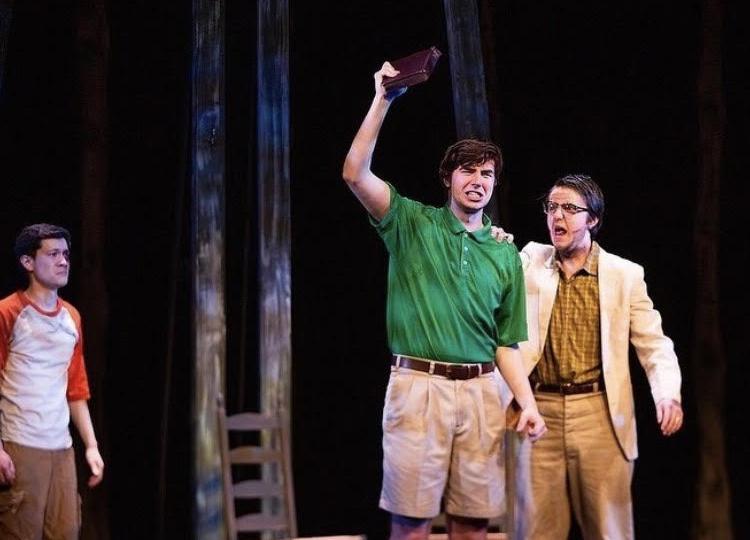 Photo courtesy of WFU Theater’s Instagram Sophomore RJ Pratt plays the son of a preacher conflicted by morality and faith.

Lighting changes also help set the scene or tone, whether that be yellow Florida sunlight beating down on the teens’ shoulders, or the deep-red threat of danger at their heels. The danger that looms for the majority of the show is that of upcoming deadlines. As they grow closer to becoming adults, they arrive at the dilemma of choosing a life for themselves; specifically between following in their parents’ footsteps, or breaking free from that small world and exploring what they’re capable of. Fear of either side of the choice makes it difficult to make. They want to avoid becoming their parents, but making the leap into the sea of possibility is dangerous in a different way. Just like the gators waiting beneath the water, they’re warned against dangers of a world they haven’t seen. The question is whether that danger outweighs what they stand to gain from exploring it.

The show is relatively short, running about 90 minutes, and goes by in a flash. Primarily because at every moment, you’re wrapped up in a given character’s unique personality and struggle. Junker G, played by senior Mellie Mesfin, wants to use his musical talent to make a name for himself, but his father wants him to inherit his struggling pawn shop. Junker G’s wise-cracking confidence contrasts his underlying concern for his future and what that means for his relationship with his father (freshman Michael Votto), and pairs interestingly with his more stoic counterparts like Zero “Z” Johnson, played by senior Tut Gregory, and his younger brother Ames Johnson, played by senior Jonathan Chen. Z devises the escape plan for the group, should they dare to go along with it.

Deland “Delia” Simms, played by sophomore Ekkiosa Olumhense, is a math whiz and seems to be the only member of the group who has an adult on their side. She and her friends are guided by her grandmother’s wisdom and partly by her visions of their fate. She supports their choice to seek a new life, seeing beyond the laws of family by blood and into the value of their family of friends. 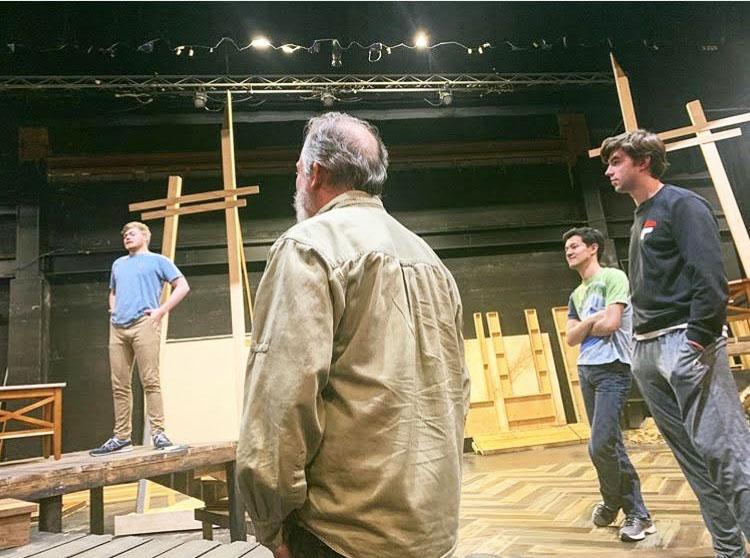 The final member of this family is Elijah Brown, played by sophomore RJ Pratt. The son of a preacher man, he follows closely in his father’s footsteps but can’t escape his shadow, and often falls victim to his anger. He’s more or less the odd-one-out, as he’s often intensely positive, but still just as scared as the others on the inside.

Ever in the Glades is a highly polished production that depicts the rough lives of a band of friends; children that must make adult decisions in interest of their future and desire to live for themselves. It’s length makes it digestible but it remains satisfying and, frankly, fun to watch. I recommend you attend one of the remaining show times on Thursday, Friday and Saturday at 7:30 p.m. and Sunday at 2 p.m.