Psychedelics May Be The Key To Treating Mental Illness 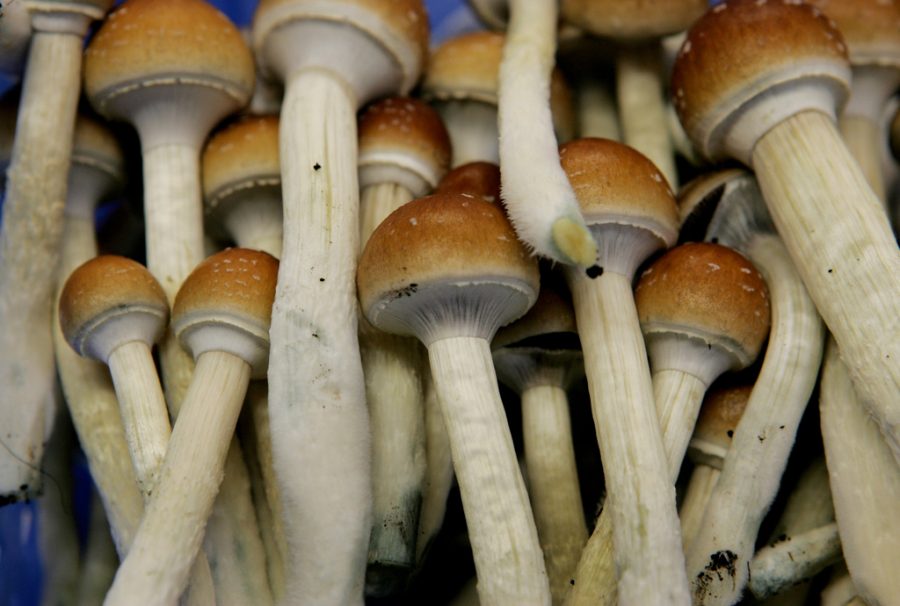 For many university students, college can be a pressure-cooker for all sorts of brain health issues, including but certain- ly not limited to depression and anxiety.

While there has been a withstanding sentiment that substance use is not a good way to cope with these issues, re- search is beginning to show that this may no longer be true.

Johns Hopkins University is leading the medical world in research regarding the use of psychedelic drugs to treat a wide variety of brain health issues such as addiction, depression and anxiety, to name a few.

It’s too early to gauge if such treatments could reduce the widespread use of anti- anxiety medications and antidepressants on colleges campuses and elsewhere, but emerging research is shedding light on the possibilities.

While Hopkins has been working with psychedelics since around 2000, last Sep- tember it opened e Center for Psyche- delic and Consciousness Research.

According to their website, the center is “committed to exploring innovative treatments for our patients. Our scien- tists have shown that psychedelics have real potential as medicine, and this new center will help us explore that potential.”

Researchers have been given federal ap- proval for trials with patients su ering from brain health disorders. ey aim to

explore the e ects of psychedelics on cog- nition, behavior, brain function, mood and other factors, according to their web- site.

e main drug of choice for the re- searchers is psilocybin, which is the ac- tive ingredient found in magic mush- rooms. Psilocybin is a psychedelic drug that is known to cause feelings of eupho- ria and hallucinations.

A study published in the Journal of the Royal Society Interface explains that patients given psilocybin had noticeable changes to the “homological sca olding” of their brains, as compared to those giv- en a placebo. is means that the drug changed some structures and pathways of the brain and it appeared to have positive mental health bene ts.

Patients in the Hopkins trials are, ac- cording to an article in e New York Times, given nearly twice the normal recreational dose of magic mushrooms, and they lie blindfolded on a couch while being closely monitored by doctors and psychologists during their trip.

Rachel Peterson, who after su ering from an “unexplainable sense of grief ” for much of her life, decided to participate in one of the Hopkins trials in 2017.

“I think that trial was the single most e ective thing I’ve done to manage my mental health, and I had tried almost ev- erything,” Peterson told the Times. “And it leads me to believe that we need to rad- ically change how we think about mental health.”

Michael Pollan, American author and journalist, is an advocate for psychedelic drug use to treat issues like anxiety and depression, and to encourage what he calls “ego death.” Pollan says psychedelics can be the key to changing one’s percep- tion entirely.

Pollan argues in his book How to Change Your Mind that “a high dose of psilocybin could be used to safely and re- liably ‘occasion’ a mystical experience— typically described as the dissolution of one’s ego followed by a sense of merging with nature or the universe.”

While funded research from places such as Johns Hopkins, as well as indi- vidual accounts like Pollan’s, are widely positive, no one is being encouraged to quit receiving institutional help all to- gether, go and buy ‘shrooms o the street and have their own trip, as reserach is still ongoing.

Research at Hopkins continues to search for bene ts, and work is also be- ing done to decriminalize the possession of magic mushrooms in many places. e positive e ects of this research could be seen on college campuses across the na- tion, if the treatment becomes federally recognized.

Although the research seems prom- ising, psychedelics can still be quite harmful when abused or not used in the

proper setting. e clinical, federally ap- proved use of psychedelic drugs is, so far, the only safe way to try these drugs.

When psilocybin is used in an unregu- lated way, it can sometimes cause nausea, hallucinations and psychosis, otherwise known as a “bad trip.” is can lead to a very negative experience for the user, es- pecially when a clinician is not present to help the patient calm down.

“I think the research is worth looking into, especially since psychedelics were stigmatized for so long,” said junior Car- oline Reed. “I think [using psychedelics] could be very fruitful, and I feel like there are a lot of examples when people have their entire perception of things com- pletely altered.”

Even though much more research is necessary–and students should avoid rec- reational use–it could be that, eventually, taking a trip is just what some college students need in order to deal with the anxiety and depression that goes along with the rigors of life at the university; maybe that’s the magic.