Around The Leagues: This Week In Sports News 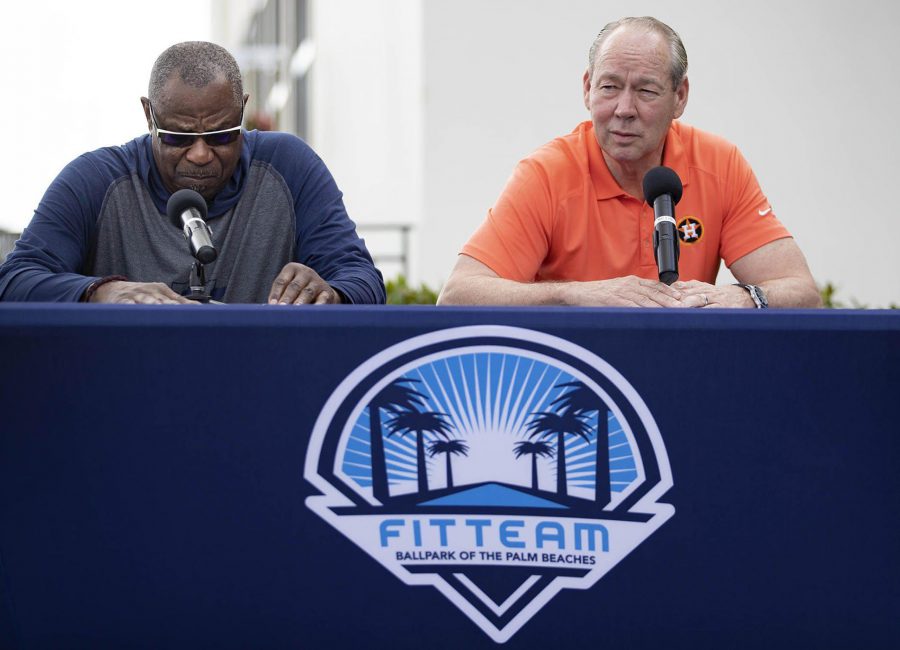 Astros owner Jim Crane spoke to the media on Feb. 13, finally addressing the cheating scandal that rocked the baseball world after a writer for The Athletic spoke with ex-Astros pitcher Mike Fiers and broke news of the scandal. During the initial conversation, Fiers explained that the Astros illegally used cameras to gain an unfair advantage during the team’s 2017 playoff run, which ended with a World Series championship. In what many expected to be an apology, Crane said that the organizational cheating, he believed, “didn’t impact the game.” Reporters quickly asked Crane to qualify his statements, to which he responded, “I didn’t say it didn’t impact the game.”

The entire day was yet another debacle for the franchise, which had been held in high esteem and glorified up until only a few months ago. During the conference, Crane sounded insincere and the players that spoke after him — stars Jose Altuve and Alex Bregman — didn’t sound any less phony than their organization’s owner. Talking for barely over a minute, the players said they were sorry, but not much else. At the end of the conference, Crane was asked about his own accountability.

“No,” he said, “I don’t think I should be held accountable.”

Henrik Lundqvist, who has been the goalie for the New York Rangers since 2006, will be turning 38 next month and is nearing the end of what has been a sensational career. Thankfully for the Rangers, Lundqvist’s heir apparent, Igor Shesterkin, looks like he will be able to fill the monstrous shoes the king leaves behind. Shesterkin was drafted by the Rangers back in 2014 as the 118th overall pick. He played in the world’s second-best league, the KHL, until 2018, when he came to play in North America for the first time with the Rangers’ AHL affiliate, the Hartford Wolfpack. About halfway through the season, Shesterkin was called up and got his first chance in the NHL.

Through his first seven games, Shesterkin has only lost once. He has posted a save percentage of .941% and is giving up 2.18 goals per game on average. Although he has played in fewer games than most goalies, his save percentage is the best in the league and his goals allowed on average is fifth-best. And the Russian is only a 24-year-old rookie. Shesterkin has since become the No. 1 goaltender on the Rangers’ depth chart.

Head Coach David Quinn is as impressed as everyone else around the league by his goalie’s play as of late, but he’s not surprised.

“If you are going to be great you better know you are great and he knows he is great, for good reason,” he said. Quinn isn’t wrong; in his last 125 games across the KHL, AHL and NHL, Shesterkin has won an incredible 100 times. Whether he can continue in his winning ways, despite the often lack-luster defense that plays in front of him, will be up to time.

Major League Baseball executives recently reported that the sport was seriously considering an overhaul of the playoff structure that would make the postseason more inclusive and, MLB hopes, exciting. As of now, five teams from each league enter into the playoffs: three divisional winners and two wild card teams. The wild card teams play a one-game series, and the winner of that game is slotted into a four-team bracket. The winner of each bracket goes on to play in the World Series.

The proposed changes would seriously alter this structure. First off, the postseason would be open up to seven teams from each league, and the team with the best record among the seven (first seed) would receive a first-round bye, which is similar to what happens in the first round of NFL-playoffs each season. The other six teams would play for a chance to compete in the divisional round, but there’s a catch. The team with the second-best record (second seed) in each league will be allowed to pick their opponent for the first round, as will the team with the third best record (third seed). These teams will be choosing from the fifth, sixth and seventh seeds in their league. The team that does not get picked as an opponent by either the second or third seeds will play the fourth-seeded team. From the divisional round on, the playoffs will follow the same format as the one that is currently in place.

MLB hopes that these changes will equate to less tanking by clubs, as well as increase revenue for clubs via ticketing, marketing and viewership. If the players union is willing to comply with the changes, they could be implemented as soon as the 2022 season.