Gymnasts Compete For A Spot On Tokyo Team 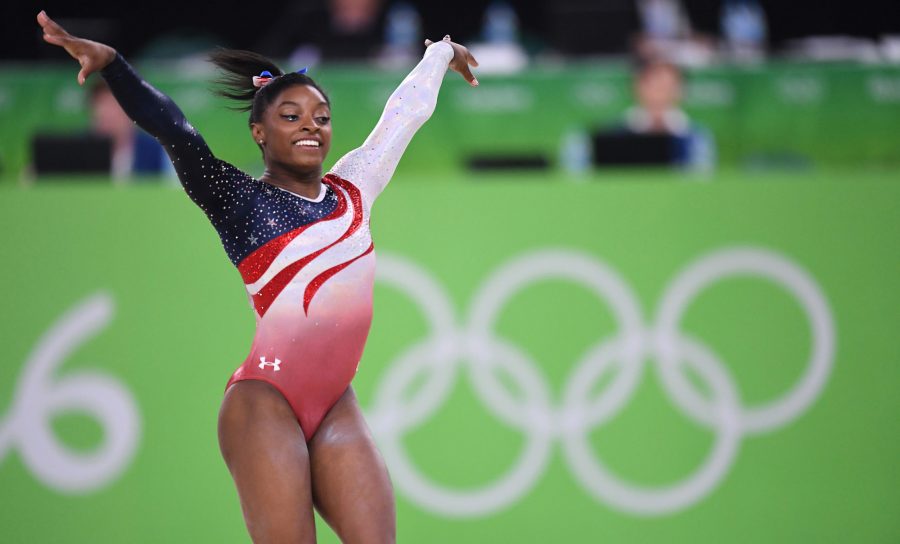 Every four years, women’s gymnastics takes center stage as one of America’s favorite Olympic sports. The sport has been largely dominated by the United States for the past 16 years, and while attention is limited during non-Olympic years, the gymnasts have been plowing ahead with new names set to dominate the headlines come Tokyo. In Rio de Janeiro, the U.S. women’s gymnastics team took home gold in dominating fashion, beating second-place Russia by a massive eight points. With only two 2016 Olympic team members attempting a 2020 comeback, the United States’ next Olympic team looks to change the guard while maintaining the program’s winning ways. Dozens of elite gymnasts are chasing the six coveted spots that will be awarded at the USA Gymnastics Team Trials in June. Here are some of the contenders to watch out for as the trials approach:

When discussing gymnastics, there is no better place to start than with Simone Biles. One of the two 2016 U.S. Olympians making a comeback, Biles looks to be better than ever. In addition to her team gold medal in Rio, Biles snagged gold in the all-around, vault and floor competitions, while also taking bronze on beam after an uncharacteristic mistake. After being the only American woman to ever win four gold medals in a single games, Biles had nothing left to prove in the sport. Following a hiatus in 2017, Biles announced her comeback to competition. She returned more dominant than ever, capturing nine World Championship gold medals in 2018 and 2019, becoming the most decorated female gymnast in World Championship history. She shows no signs of slowing down in 2020, consistently debuting new, innovative skills in competition. Barring major injury, there is no question that Biles will be on the floor in Tokyo dominating yet another Olympic competition.

The other returning 2016 Olympian, Laurie Hernandez, is far more of a wildcard than Biles. Recovering from the mental and physical overload of the Olympics is different for each gymnast, and Hernandez’s comeback has been moving at a much slower pace than Biles’. In 2016, the bubbly Hernandez was a key player, helping the team win gold while also winning an individual silver medal on the balance beam. Hernandez has not yet competed this quad, planning to make her return to competition in 2020. While this is less than ideal, Hernandez’s experience and undeniable talent make her a contender for the team no matter how minimal her recent competition has been.

Sunisa Lee is peaking at the exact right time as the trials approach. The 16-year-old from St. Paul, Minn. has only been a senior elite gymnast for one year, but that did not stop her from taking the gymnastics scene by storm in 2019. Lee made the 2019 World Championship team, helping the U.S. win a gold medal in the team competition. Known for her graceful performances and excellent technique, she also took home a silver medal on the floor exercise and a bronze on the uneven bars. Her most valuable contribution to the U.S. team is on the uneven bars, the only event where the nation has consistently struggled in recent years. She continues to improve with each competition, and if she can remain healthy while progressing further, she will be a serious contender for the Tokyo team.

While she was too young to compete for a spot on the 2016 team, Riley McCusker has been a mainstay on the gymnastics scene for years. A multiple-time national team member in the junior ranks, McCusker has been a contender for the Olympic team since 2017. Known for her artistry, McCusker is a weapon in the all-around, a quality Olympic team member coaches love, as she could fulfill any spot needed in team competition. Despite her long list of accomplishments, McCusker has seen injuries and inconsistencies in the past few years that may be a red flag going into the 2020 trials. Most recently, she had to pull out of the selection process for the 2019 World Championship team due to injury. If McCusker can regain her consistency, she could fill an important team spot heading into Tokyo.

There are far more contenders than just the four mentioned, and in such an intense sport, athletes can rise and fall from the limelight quickly. With roughly four months until the trials, the six spots are still entirely up for grabs. Other names to watch out for include Morgan Hurd, Jade Carey, Jordan Chiles and Grace McCallum. Attention will continue to mount as Tokyo 2020 approaches, and many relatively unknown gymnasts will become household names as the nation turns its attention back to one of America’s favorite Olympic sports.