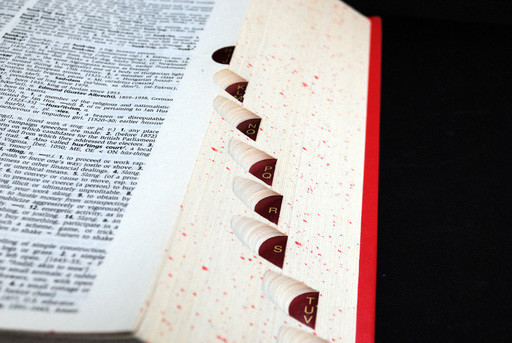 In the English language, there are words used daily, both casually and formally, that hold multiple meanings and that meaning depends on its usage. I find these multiple meanings problematic and contend that using one word to signify various thoughts or feelings potentially makes the word devoid of its true meaning, significance and purpose.

This problem becomes clear when viewed as a response against the logician Paul Grice’s ides of conversational implicatures in his work Logic and Conversation. Grice argues that conversational implicatures are implications of words from the way that things are said versus what was actually said. For Grice, when two people are conversing, it is necessary for them to have some sort of shared or common knowledge since that shared knowledge allows for the understanding of conversational implicatures. Grice may be right, but his argument seems slightly unrealistic. What if we find ourselves in conversations with people who we do not have shared or common knowledge with? For example, what if we are speaking to someone from a non-English speaking country or someone with a cultural background wholly different from our own? If we use certain words in contexts that we may understand but others do not, we risk miscommunication and perhaps even causing offense.

The more that people use words, such as ‘starving’ daily, the more the original meaning diminishes.”

Moreover, Grice thinks that if you say something along the lines of “I love Chipotle!,” we would all understand that the conversational implicature of that statement is that you really enjoy the food from Chipotle and not that you are romantically involved with the establishment. Examples like this may be simple for us to pick up on context, but that is not true for everyone or every situation. I think that language should be clear-cut and there should be less reliance on context and more of a focus on the primary meanings of words.

Take the word “starving,” for example. This word is frequently misused in Western society. When we hear someone say “I haven’t eaten all day, I’m starving,” we don’t even think twice about it. Why? Because of the conversational implicature. But, “starving” definitionally speaking does not align with that usage. Is that person suffering from extreme hunger and perishing from lack of food (Merriam-Webster)? Certainly not. I find that the improper use of the word “starving” can have negative consequences and harmful implications. When we allow people to use “starving” in such a casual way, it diminishes the meaning that it holds for people who are actually starving in impoverished communities and do not have the same access to food as we may have.

The more that people use words, such as “starving” daily, the more the original meaning diminishes. Once the meaning has diminished, we lose the value of that word and it no longer carries the same weight as it once did. Perhaps this is why many of us are desensitized to tragic news of suffering experienced by those in different communities and nations. It’s possible that when we hear on the news that “refugees are starving,” the true meaning of the word no longer registers in our mind. It is almost as though we are unable to truly understand what that phrase means at its core, making it much easier to move on with our lives and forget the news.

Thus, there are three significant problems at hand: first, it is possible that using words casually makes them devoid of their true significance and creates a blindness in the face of that true meaning. Second, misusing words can create harm and invalidate the purpose of those words in situations where they are being used in proper form. Third, in a world where conversational implicatures are obsolete, the misuse of such words makes it difficult to communicate with one another, the meaning one person may understand from a word does not line up with another person’s. In other words, one should not have to consider context to determine the meaning of the word.