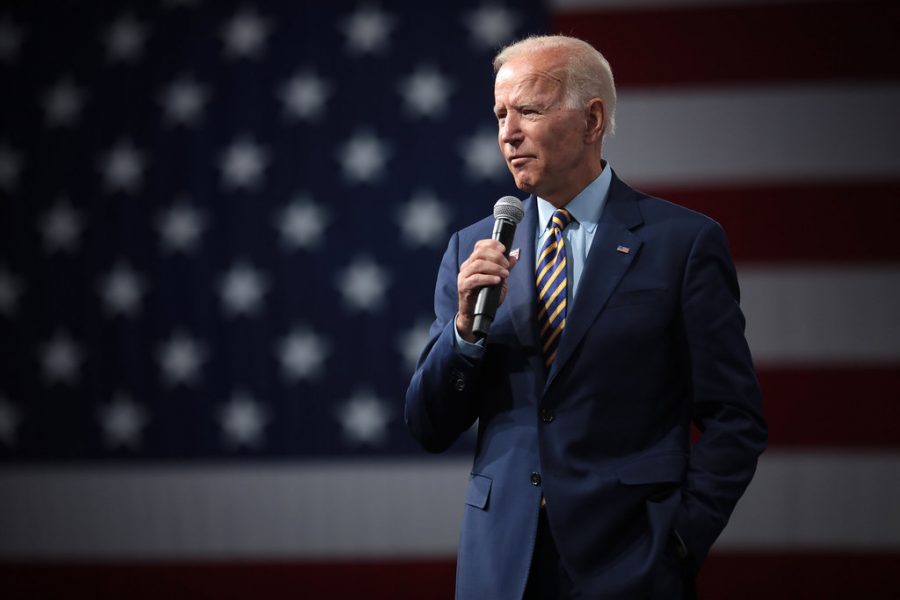 We’re currently well in the midst of the 2020 primary contest, and since the beginning, an essential debate has raged between two visions of who the Democratic Party standard-bearer should be in the general election.

While some Democrats believe that President Donald Trump is an aberration and that a “return to normalcy” is possible and desirable, others contend that Trump is merely a symptom of political and economic systems so corrupted that they ought to be fully dismantled and replaced. These competing views have largely played out as a tussle between the moderate wing of the primary field (former Vice President Joe Biden, former Mayor Pete Buttigieg, Sen. Amy Klobuchar) and the progressive wing (Sen. Bernie Sanders, Sen. Elizabeth Warren).

No one can say for sure what will be the right formula of moderate pragmatism and progressive contrast to some of my classmates, I personally believe that the stakes are too high to care much about ideological purity tests (save for Mike Bloomberg, for whom I will never vote), I have still struggled with how to balance the “radical” and “realist” models in choosing the ideal candidate. As I write this column, my Virginia absentee ballot sits unopened in my desk, and I have less clarity now about whose name it will eventually bear than I did a few months ago.

As such, for the next two weeks, I will write a two-part op-ed mini-series: this week I will make the case for why Democrats should nominate a candidate from the moderate wing, and next week I will do the same for the progressive wing. In the end, I will need to convince myself of one or the other.

For starters, as frustrated as Democratic voters are, most of them still identify as moderate. According to David Leonhardt in a recent New York Times column, the majority of Democrats don’t see themselves as radicals — slightly more than half call themselves conservative or moderate, and slightly less than half call themselves liberal. In addition, Sanders’ victory in New Hampshire should be viewed with a healthy dose of perspective. This year, Sanders was aided by the fact that the moderate coalition was split among three candidates, while he dominated the progressive vote. Seen this way, one can conclude that a strong majority of New Hampshire voters actually preferred a candidate from the “realist” model (Biden, Buttigieg or Klobuchar).

I also see the progressive candidates’ lack of specifics about how they plan to deliver on their policies as a liability. I agree wholeheartedly with the substance of their plans, but I’m often frustrated by their lack of willingness to admit that passing their ambitious agendas in a divided Congress is not a likely outcome. Even if Democrats do manage to recapture the White House in November, a path to retake the Senate looks out of reach. Considering the fact that some of Sanders and Warren’s policies, such as Medicare for All and universal free college, don’t have a lot of support even among Democratic legislators, debating their finer points feels increasingly delusional and not a great use of the candidates’ time. It seems that were Sanders or Warren to be elected, they would almost inevitably need to change their policies to resemble something more like what moderates have proposed (for instance, a public option available alongside privately run health insurance on the exchanges). Even then, passage would be a monumental accomplishment in Majority Leader Mitch McConnell’s Senate. Candidates should have big, bold ideas, but should also be realistic about the political environment and willing to welcome incremental change instead of holding out for the most pure, ideal version of their policy, or they run the risk that no progress is made at all. Sanders has said that compromise is anathema to him, and while his fire and passion have successfully built a large, strong coalition of leftists, that coalition alone will not be enough to defeat Trump, and the unwillingness to build consensus might turn away the center — and we need them on our team, too.