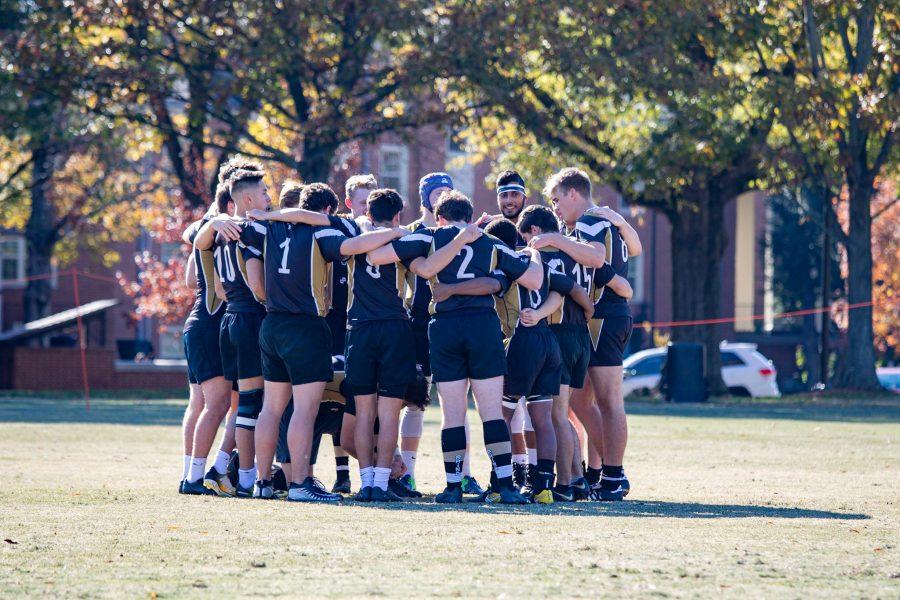 Coming off a successful fall season, the Wake Forest Men’s Rugby team has been consistently training three to four times per week since the start of the spring semester. On Feb. 15, the team hosted NC State, UNC-Charlotte and Virginia Tech for its second pre-season tournament.

The team fell slightly from its performance in the first set of pre-season matchups two weeks ago, when they dominated with a 6-0 record. This time, the A side went 0-3 while the B side went 2-1 against formidable competition. Regardless of the results, there were plenty of positives to learn from.

“The lads had a tough day of rugby against some top-flight competition, but that’s not to say we didn’t hold our own,” said junior club president Ben Hayes. “We started out slow but improved as we went on, playing our best game against Virginia Tech, the best team there, in our last match. We struggled to get our offense going … We’ve got a lot to build on, but for as early as it is in the season I’m excited for what’s to come.”

Hayes, who has been with the team since his freshman year, said he has witnessed incredible growth of the club from a team that struggled in previous seasons and did have enough players to field a B side team to one that is now deep enough to hold its own against other top-tier squads. Part of the responsibility for the growing success and development of the club is credited to an excellent first-year class anchored by freshman Kaamil Farooqi, who likes the team’s chances going forward.

“We didn’t quite win out last Saturday, but to go out and play close games against teams like Virginia Tech and NC State, who are both top-20 nationally ranked D1AA teams is really exciting, especially for me since I was playing high school rugby less than a year ago,” he said. “We have a lot to work on, but I think Saturday showed a lot of promise, and I’m really excited to what this team looks like at its full potential.”

As the team turns its eyes torward to a successful season, Head Coach Doug Porter has set goals of winning its National Small College Rugby (NSCRO) conference, D2 divisionals and D2 nationals, which has helped to motivate the team.

“I think we have a great chance to go to nationals … first qualifier is in two weeks and we’re going down there to win,” Porter said.

The team is hungry and certainly has the ultimate goal of nationals in the back of its mind, but they also know that they will need to remain focused on one game at a time. The upcoming divisional qualifier in Charleston, S.C. on Feb. 29 will be the team’s first real test on the difficult road to nationals. Hopefully, they return to Winston-Salem victorious.