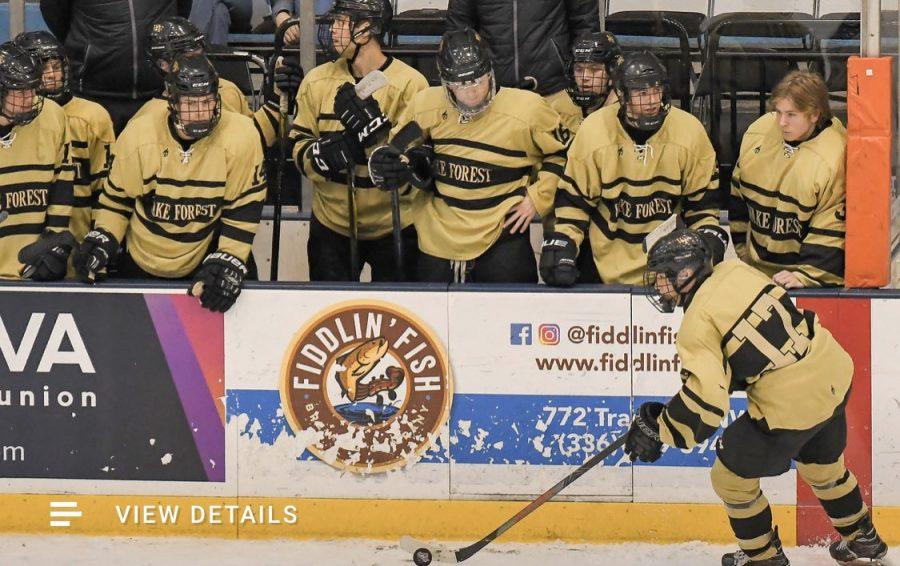 It was almost a comeback for the ages.

Most teams would have given up, but Wake Forest is not most teams. Instead, they furiously battled back and cut the deficit down to 5-4 by the end of the second period. But the comeback was ultimately not meant to be, as a scoreless third period gave NC State their second title in two years.

The close loss capped off an exciting run for Wake Forest in the playoffs after a 4-3 overtime victory over West Virginia in the quarterfinals and a 5-2 victory over George Washington in the semifinals.

In the championship, NC State scored seven minutes into the match on a power play. Just under a minute later, an NC State penalty gave Wake Forest a four-minute power play, but the Deacs were unable to score.

Wake Forest got on the board with 5:09 remaining in the period when sophomore Drew Gebhardt intercepted an NC State clearance and quickly found senior Matt Solviletti, who fired a shot from mid-distance into the net.

The period ended with the score tied at 1-1. The first six minutes of the second period were difficult for the Deacs, during which they gave up four goals. However, the Deacs kept fighting and started to swing the momentum. With 6:44 remaining in the second period, sophomore Jennings Lobel scored to make it a 5-2 game. Thirty seconds later, sophomore Brendan Gregoire cut the deficit to two with a goal. Then with 5:29 left in the period, sophomore Nick Keroack scored to make it a one goal game. In the span of 75 seconds, the Deacs had recaptured the momentum and put themself back in the game.

In the third period, both defenses clamped down and NC State ran out the time to win the championship.

The loss capped off an otherwise excellent season for the Deacs. Head Coach Dave Pasquale won ACC Coach of the Year honors while senior defenseman Blake Mueller and senior goalie Kal Maier were named to the ACC All-American first team.

In the Deacs’ opening round 4-3 overtime victory over West Virginia, the score did not reflect how thoroughly Wake Forest dominated. They ended with a 67-15 advantage on shots and completely controlled the pace and play.

After a scoreless first period in which Wake Forest outshot West Virginia 19-3, Keroack opened up the scoring 90 seconds into second period with a scorching distance shot to make the lead 1-0.

West Virginia would answer back midway through the period with a power play goal to even the score at one apiece. West Virginia would then take the lead with 16:30 remaining in the third period after a Wake Forest turnover gave them a one-on-one with the goalie. But Wake Forest answered back 30 seconds later with a goal by senior Jack McGowen to make it a 2-2 game.

It seemed that Wake Forest would win with 3:11 left in the game when Gregoire scored to put the Deacs up 3-2. However, under a minute later, two Wake Forest players were called for penalties which gave West Virginia a two minute 5-3 power play. With 92 seconds left West Virginia tied the game at three and sent it to overtime.

“I thought we had the better quality scoring chances, but it’s playoff hockey and you run into good goalies,” Pasquale said.

Wake Forest’s semifinal victory over George Washington (GW) was far more relaxing, as the Deacs cruised to a 5-2 win.

GW took a 1-0 lead three minutes into the game off a power play goal. Wake Forest answered back in just under five minutes in the opening period with a goal from Solviletti.

GW made it close at the beginning of the third period with a goal to make it a one score game. But a goal by Lobel with under 10 minutes left and another by junior James Caras with 1:44 remaining clinched the game for Wake Forest.

While the playoff run ultimately did not end the way the Deacs hoped, it does not take away from the exciting and successful season they had.